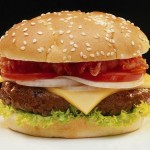 Thousands of fast-food workers in dozens of U.S. cities are reportedly set to stage a one-day national strike on Thursday to protest the industry’s low wages and predominant lack of basic benefits. Organizations representing restaurant employees say they expect it to be the largest-ever strike within the fast-food industry, which employs an estimated 4 million Americans.

Protest organizers have already held rolling one-day strikes starting this past November in cities such as New York, Chicago and Seattle, but Thursday will mark the first nationwide day of protest. Employees are asking for a minimum wage of $15 an hour, or the equivalent of $31,000 a year working full-time, up from the current federal minimum of $7.25, or around $15,000 a year full-time.

Raising wages and supplying basic benefits such as paid sick leave would not only boost worker well-being, but directly improve food safety and public health as well, said Saru Jayaraman, co-founder and co-director of the Restaurant Opportunities Center United (ROC).

In 2010, ROC released a report titled “Serving While Sick,” which surveyed more than 4,000 restaurant workers. The survey found that 88 percent of those workers did not have paid sick days and 63 percent reported cooking and serving food while sick.

In turn, those sick workers have been linked to outbreaks of norovirus, hepatitis A and typhoid fever among customers.

In a similar study titled “Backed into the Corner,” 48 percent of restaurant employees reported working shifts while ill, while 11 percent said they had experienced diarrhea or vomiting during a restaurant shift. Workers who did not have paid sick leave were found to be twice as likely to work while sick compared with their counterparts who did receive paid sick time.

“Even if you’ve got hepatitis A, if you’re living on minimum wage or living off your tips and don’t get paid to stay home, you’re going to go to work regardless of your condition,” she told Food Safety News.

Low wages also equate to poor living conditions for fast-food employees, Jayaraman added. A portion of workers report being homeless or home-insecure, meaning that they may not have access to showers or other necessities for personal hygiene.

Restaurants found to have shortchanged employees or committed overtime pay violations were also found more likely than restaurants without labor violations to put the safety of employees and customers at risk.

President Obama has recently asked Congress raise the federal minimum wage to $9 an hour. A July 2013 poll by the Public Religion Research Institute found that 73 percent of Americans favored raising the minimum wage to $10.

Those who oppose raising the minimum wage say it would hurt job creation and lead to higher rates of unemployment.

The cities of San Francisco, Washington, D.C., and Seattle have ordinances in place that require employers to provide paid sick leave to their workers, including those in the restaurant industry.