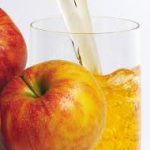 The U.S. Food and Drug Administration on Friday proposed a limit for arsenic in apple juice, two years after testing by Dr. Oz and Consumer Reports spurred widespread consumer concern about the presence of the compound in juice products.

The Environmental Protection Agency already has an arsenic limit for tap water, but the FDA’s new proposal is the first such federal standard for a food product. The proposed limit, or “action level,” for inorganic arsenic —  the harmful form of the chemical that is a known human carcinogen – matches the EPA’s current threshold for inorganic arsenic at 10 parts per billion.

Consumer groups and a handful of Democrats ramped up their calls for a federal limit for arsenic in juice after two rounds of testing in 2011 showed arsenic is often found in apple juice and in some cases exceeds the EPA’s limit for drinking water. Consumer Reports’ testing found a full 10 percent of juices tested were over the EPA limit for water.

The FDA has maintained that juices are safe to drink, in moderation, like any other food or beverage, but after such high-profile attention to the issue and the special concerns raised about children’s exposure, the agency said it would study the issue and look at setting limits.

When asked why it took two years for FDA to move forward, Michael Taylor, Deputy Commissioner for Foods and Veterinary Medicine, noted the proposed limit is “based upon a careful risk assessment.”

“It takes time to put that together and put it through the proper review,” he said. “It’s important to get it right.”

The risk assessment, industry guidance, and draft action level the agency came up with were also reportedly under lengthy review at the Office of Management and Budget’s Office of Information and Regulatory Affairs, an obscure but powerful agency at the White House that has been blamed for the delay of numerous health and safety regulations.

“It also offers an important enforcement and accountability tool for regulators and a key benchmark for apple juice manufacturers,” said Rangan, who urged parents to moderate their kids’ juice consumption along the guidelines issued by the American Academy of Pediatrics. The physicians group recommends children from one to six years of age not have more than four to six ounces per day.

Wenonah Hauter, executive director of Food & Water Watch, said the group was “extremely pleased” with FDA’s announcement and pointed out two-thirds, or about 400 million pounds, of the apple juice consumed by Americans comes from China each year.

FDA said it plans to take the 10 ppb level into account when considering taking enforcement action “if it finds a food product exceeds the threshold,” but Taylor told Food Safety News that FDA does not have plans to increase testing on apple juice beyond the agency’s normal sampling. Taylor also noted the agency has not found a significant difference between the levels of arsenic found in imported and domestic juice products.

“In terms of public health priorities and fairly limited resources we don’t think it would be justified to significantly ramp up testing,” he said. “But we’ll keep our guard up.”

The agency is seeking comments on the proposed action level and risk assessment for the next 60 days.

Arsenic – which is both naturally occurring and the product of human activities like burning fossil fuels and pesticide use  – is likely to continue to be in the spotlight as FDA studies the levels of the compound that can be found in rice, an issue that health groups have also focused on in recent years.

Consumer advocates and lawmakers have asked FDA to set limits for arsenic in rice products, but the agency is still in data-analysis mode after testing some 1,200 samples.

“We’re coming along,” said Taylor, when asked about FDA’s timeline. “It’s an important project and it’s on our front burner.”

Written by: Helena Bottemiller on September 19, 2013.
Last revised by: