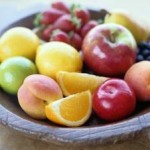 To reduce their risk of bladder cancer, women should eat more fruits and veggies. Men, however, can stick to chips. OK, not really. But new research from the University of Hawaii Cancer Center suggested the power of fruits of veggies to defend against bladder cancer only holds true for women. Unfortunately, men are far more likely to get bladder cancer.

Bladder cancer is more common among men than women and more common among whites than blacks, according to the American Cancer Society. The chance of a man having this cancer during his lifetime is about one in 26. For women, it is about one in 90. Risk factors (such as smoking) can affect these chances. About 9 out of 10 people with this cancer are over the age of 55.

The investigation was conducted as part of the Multiethnic Cohort (MEC) Study, established in 1993 to assess the relationships among dietary, lifestyle, genetic factors, and cancer risk. Researcher Song-Yi Park, PhD and her team analyzed data collected from 185,885 older adults over a period of 12 and a half years, during which 581 invasive bladder cancer cases were diagnosed (152 women and 429 men).

No associations between fruit and vegetable intake and invasive bladder cancer were found in men. Men, however, are paid more than women and do not suffer from PMS, so perhaps this evens things out a bit.

The research was published in the Journal of Nutrition and noted on sciencedaily.com.

“Our study supports the fruit and vegetable recommendation for cancer prevention, said Park. “However, further investigation is needed to understand and explain why the reduced cancer risk with higher consumption of fruits and vegetables was confined to only women.”

Men should still value their vegetables, however. Recent research suggests replacing carbohydrates and animal fat with vegetable fat may be tied to a lower risk of death in men with nonmetastatic prostate cancer.