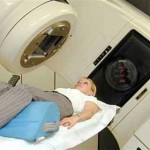 With Breast Cancer Awareness Month (BCAM) less than two weeks away, the latest bombshell GMO/Roundup study produced by a French research team, and presently making international headlines, is well-timed. The researchers found, in the first long-term GM corn and Roundup feeding study of its kind, that female rats, exposed to concentrations well below official safety limits, developed massive, progressive mammary tumors which either lead to premature death, or required euthanasia due to their great suffering.

Why would this be of concern to BCAM? After all, BCAM is the annual pinkwashing celebration, where people collectively and forcibly remove the thought of there being preventable and treatable causes of breast cancer from their minds, hurl themselves over the lemming-like cliff of cause-marketing, e.g. Buckets for a Cure, sacrificing their time, energy and money raising billions more for a pharmaceutical cure for a pharmaceutically incurable condition.  This annual ritual celebrates ribbon-wearing vacuity, pretending like “carcinogens” don’t exist, or that it doesn’t matter that a carcinogen-producing chemical company, now defunct Imperial Chemical Industries, and its  pharmaceutical subsidiary, Zeneca, co-founded Breast Cancer Awareness Month in 1985.

Zeneca, of course, merged with Astra AB in 1999, becoming AstraZeneca, manufacturer of the breast cancer blockbuster drugs Arimidex and Tamoxifen. By pushing for widespread adoption of breast screenings they generated millions of new and future customers (mammography-induced breast cancer), even while one of the main forms of mammography-detected cancer, Ductal Carcinoma In Situ (DCIS), is often intrinisically benign, better left untreated with conventional, highly toxic “therapies” like radiation and chemotherapy.

The conflict of interest here is as devastating as it is obvious, which is why we hope the new finding linking GM corn and Roundup herbicide to breast cancer will compel BCAM to respond, and change their awareness strategy to become more patient- versus industry-friendly. One thing is for sure. The study’s findings were not vague or equivocal, but disturbingly clear…

In an interview, Dr. Michael Antoniou, molecular biologist at Kings College, London, and a member of the CRIIGEN scientific council who funded the study, said:

This is the most thorough research ever published into the health effects of GM food crops and the herbicide Roundup on rats. It shows an extraordinary number of tumors developing earlier and more aggressively – particularly in female animals.  I am shocked by the extreme negative health impacts.

The rat has long been used as a surrogate for human toxicity. All new pharmaceutical, agricultural and household substances are, prior to their approval, tested on rats. This is as good an indicator as we can expect that the consumption of GM maize and the herbicide Roundup, impacts seriously on human health.

Here are some passages excerpted directly from the study:

Suffering inducing euthanasia and deaths corresponded mostly in females to the development of large mammary tumors. These appeared to be clearly related to the various treatments when compared to the control groups. These tumors are generally known to be mostly estrogen-dependent (Harvell et al., 2000). We observed a strikingly marked induction of mammary tumors by R[roundup] alone, a major formulated pesticide, even at the very lowest dose administered. R[oundup] has been shown to disrupt aromatase which synthesizes estrogens (Richard et al., 2005)…  [pg. 9]

Breast cancer, by the way, is the #1 form of cancer which afflicts women today, and cancer the #2 cause of mortality in women. What if women were being advised to equate “prevention,” not with exposing their breasts to highly carcinogenic x-ray wavelengths, i.e. “early detection via mammography” but with removing all non-organic, pesticide-laden and GMO food in their diet, immediately?  Would this not be an excellent precautionary step to take, given the latest findings on their carcinogenicity?

No, BCAM won’t advocate this point. Nor will Susan G. Komen, one of BCAM’s partners. How do we know this? It is easy to confirm. Simply go to their respective websites (note: BCAM decommissioned their website last year and created a one page landing page) and type in the word “carcinogen,” and you will find the word has been virtually pinkwashed out of the conversation, and where it does occur on the Susan G. Komen website search results page in 3 places, you will find information minimizing the link between smoking and breast cancer: “Because there is no established link between smoking and breast cancer risk, it is unlikely secondhand smoke exposure is related to an increase in risk.” Common sense, of course is not applicable, since the church of scientism and their priest-like “experts” have not proven, unequivocally in clinical studies that smoking can harm your breast health.  Outrageous!

Or, according to Susan G. Komen, “The scientific evidence to date shows no link…between organocholorine [pesticides] and breast cancer risk.”[i]

Get the drift? This is not an organization that is advocating for the identification and removal of the preventable causes of breast cancer, rather, is doing the exact opposite, either by pretending there are no environmental causes (must be in the genes somewhere folks), or minimizing or denying that exposure to carcinogens actually cause cancer.

If pink doesn’t make you see red, you may not be understanding what is going on here. Perhaps a few more outrageous examples will suffice …. Acrylamide, found in fried foods, is a carcinogen, and has been recently linked to breast cancer, but you can find a bucket of KFC emblazoned with the pink ribboned theme.  Eli Lilly now manufactures and owns one of Monsanto’s notorious inventions: recombinant bovine growth hormone (rBGH), used to increase mammary gland size and productive capacity in cows, and linked to breast cancer, and also produces cancer drugs like Gemzar, profiting on both ends. [ii]  Or just look at the thousands of products now being pimped in the name of BCAM and pinkwashing campaigns manufactured either with, or including known human carcinogens.

We all need to wake up. Breast Cancer Awareness Month needs to be renamed Pinkwashing Awareness Month, and the true causes and cures for cancer disseminated to those folks whose very lives depends on the availability of such information.  The carcinogenicity of Roundup herbicide and GMO food will continued to be denied by self-appointed authoritative organizations, non-governmental and governmental alike, but we can make a difference today by exercising our right not to purchase or consume products that contain these ingredients. California’s Proposition 37 is a great place to start. Please support the Just Label It initiative today.