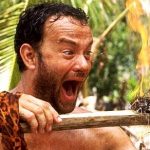 One of the essential components of survival is fire. Fire is needed for light, warmth, cooking food, for boiling and purifying water, among many other uses. Depending on your surroundings and weather conditions however, starting a fire can be difficult unless you are carrying the proper tools to do so. Your bug-out bag should contain several types of ignition sources (such as matches, lighters, etc.), as well as some flammable material to be used as tinder. All of these can be obtained cheaply and easily, and should be some of the first items you collect for your 72-hour kit.

Relatively inexpensive, easily obtainable from local stores, and usually refillable, butane lighters are generally windproof, and a torch lighter (as opposed to a regular bic) – such as the Ronson JetLite (which is less than $4.00 at WalMart) – can stay lit longer than the Bic-style lighter, making it better for lighting fires.

Steel Wool and a 9-volt battery

This method has the benefit of including both the fire starter and the tinder for the fire, as well as being cheap. To use, simply tear off some steel wool, and arrange in a bundle on the ground. Have other materials such as sticks, twigs, leaves, and other combustible materials and have them ready to pile onto the fire. Taking the battery, brush the connectors over the surface of the steel wool. This will cause it to immediately burst into flames, and when this occurs, quickly add the other tinder and pieces of smaller wood.

Popular with campers and survivalists, this tool has the advantage of providing tinder which can be lit even in wet conditions, and burns hot enough to dry out damp kindling. It can be found at most camping sections in local stores, as well as online. Don’t waste your money on ultra-expensive types; the Doan magnesium Fire Starting tool can be ordered online for less than $10.00, and works consistently and well. Avoid the cheap generic Chinese knock-offs on Ebay however, as they will NOT light, even under a direct flame.

When you need to light a lantern or camp stove, nothing replaces the utility of real, strike-anywhere matches. You can easily make regular wooden matches waterproof by dipping them in melted wax, such as candle wax or melted crayons. Another substance that works well in waterproofing your match heads is nail polish – the dried acetone creates an effective waterproof seal.

If you’re willing to spend a couple more dollars, survival matches such as “Lifeboat” or stormproof matches last 3 times longer than regular matches and will light when wet or in high winds.

Cotton balls soaked in petroleum jelly – Easily stored in a small zip-lock baggie, they make excellent sources of fuel for beginning your fire.

Crayons – they are highly flammable and will burn anywhere from 15-30 minutes. They are extremely messy however and will spill molten wax everywhere, so use at your own risk.

An orange, a stick, and a rock – Cut a hole in the top of the orange, hollowing it out, draining as much of the juice as possible. Then get a rock that will fit inside the orange with a flat side. Place the rock inside the orange flat side up, keeping it as dry as possible. Take the stick, and avoiding the sides of the orange, bring it down on top of the rock, and begin rubbing the stick in a circular motion on one spot on the rock – this uses the same principles as friction firelighting. After vigorously rotating the stick for a minute or two, you should see a flame ignite inside the orange. The fire will burn the natural oils in the orange for a considerable length of time.

Anti-bacterial hand sanitizer – A small bottle (such as GermX) costs less than $2, and provides a rapid fire accelerant in even wet or windy conditions when a few drops are sprayed on kindling.

One Reply to “Bug-out Bag: Fire”