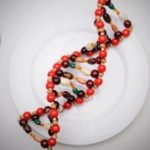 It’s already bad. Very bad. For the past 25 years, the biotech Dr. Frankensteins have been inserting DNA into food crops.

The widespread dangers of this technique have been exposed. People all over the world, including many scientists and farmers, are up in arms about it.

Countries have banned GMO crops or insisted on labeling.

Now, though, the game is changing, and it’ll make things even more unpredictable. The threat is ominous and drastic, to say the least.

GM Watch reports the latest GMO innovation: designed food plants that make new double-stranded (ds) RNA. What does the RNA do? It can silence a gene. It can activate a gene that was silent.

If you imagine the gene structure as a board covered with light bulbs, in the course of living some genes light up (activation) and some genes go dark (silent) at different times. This new designed RNA can change that process. No one knows how.

No one knows because no safety studies have been done. If you have genes lighting up and going dark in unpredictable ways, the functions of a plant or a body can change randomly.

Think of this latest biotech “innovation” as a drunk playing pinball. Lights on the board go on and off, and TILT is always a distinct possibility.

As GM Watch reports, an Australian company, CSIRO, has designed wheat and barley seeds that put genes to sleep, “to change the type of starch made by the plant.”

Also on the way: next-generation biopesticide food crops that repel insect predators. In this case, the designer RNA can be injected or even sprayed. When a gene is silenced in the insect, it dies.

GM Watch states there is published evidence that the designer RNA can move from the plants into the bodies of people who eat the plants, outlasting cooking and digestion, and winding up in the bloodstream.

The RNA has changed gene-expression (activation/silencing) in mice.

Pinball, roulette, use any metaphor you want to; this is playing with the fate of the human race. Walk around with designer-RNA in your body, and who knows what effects will follow.

There are still people, at this late date, who believe that all science is good science. They blithely accept the latest thing, and refuse to acknowledge that scientists can be crazy, stupid, or malevolent. They also fail to make the connection between junk science and the greed for profit at any human cost.

Biotech giants like Monsanto view their genetic operation from an entirely different level. Every new DNA or RNA tweak to a plant—no matter how insane—allows them to file a patent, to own that new artificially designed piece of Nature. This is their approach, and it’s obvious they intend to control the planet’s food supply.

It’s a mafia program writ large across the whole world: “buy from us or else; pay us our cut.”

Meanwhile, the damage they inflict is of no concern to them, as the spinning of the genetic roulette wheel opens up the human race to vast mutations.

The new Monsanto Protection Act, as it’s called, is a cynical piece of legislation that underlines this lack of concern; it torpedoes the ability of the court system to stop new gene-designed crops from popping up everywhere.