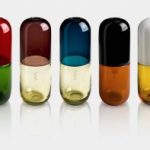 Imagine a world where all the vitamins, minerals, herbs, extracts, compounds, powders, and probiotics that are so freely available at any health food store and at many grocery stores were suddenly made illegal so they could be turned into pharmaceutical drugs. Such a world might seem like some kind of nightmare scenario from the future, but it is exactly the type of world that Big Pharma is slowly trying to create today as it quietly snatches up and patents all sorts of natural substances that have been banned by federal authorities under inane pretenses.

Take the case of gamma-hydroxybutyric acid (GHB), which was banned in the U.S. by an act of Congress back in 2000 because the compound had been used by some criminals to commit date rape. Prior to its prohibition, GHB, which is an all-natural substance found in the human nervous system, had been safely used as a sedative, particularly by women during childbirth. But like marijuana, GHB was eventually recategorized by federal authorities as a Schedule I depressant for the alleged reason that it could be abused (along with every other substance in existence, by the way).

Right around the time GHB was banned, the pharmaceutical industry conveniently submitted an Investigational New Drug Application (IND) to the U.S. Food and Drug Administration (FDA) to have GHB, which is also known as sodium oxybate, investigated as a potential treatment for narcolepsy. In 2000, the same year in which over-the-counter GHB was outlawed, the Office of Orphan Products Development (OOPD), a division of the FDA, submitted a New Drug Application (NDA) for sodium oxybate, and was immediately granted “Priority Review” status for the substance.

In 2002, sodium oxybate received official approval from the FDA as a treatment for cataplexy in patients with narcolepsy, and the substance was later acquired by Jazz Pharmaceuticals and rebranded as Xyrem when it purchased Orphan Medical in 2005. As you may recall, Jazz Pharmaceuticals was recently convicted in federal court for marketing Xyrem for off-label uses (http://www.jdsupra.com).

But the interesting thing to note here is that Xyrem is nothing more than repackaged GHB, an all-natural substance that used to be available from multiple manufacturers without a prescription. Today, however, it is sold by only one online pharmacy for the hefty price of $1,750 per prescription, which just so happens to be covered by insurance, according to Dr. Jonathan V. Wright, M.D. — all-natural GHB, of course, was never covered by insurance prior to being patented.

This ridiculous patenting of nature does not stop with Xyrem, either, as drug companies and the federal government have an extensive history of working hand-in-hand to ban, and subsequently patent, a wide variety of other natural substances as well. Pyridoxamine, a naturally-occurring form of vitamin B6, for instance, was declared by the FDA back in 2009 to be a “drug,” which means supplement manufacturers can no longer use the vitamin in their formulas (http://www.naturalnews.com/025606.html).

The corporation known as the “United States of America” also possesses a patent, which was obtained back in 2003, for the cannabinoids found in the all-natural marijuana plant. As reported earlier this year, U.S. Patent 6630507, entitled “Cannabinoids as antioxidants and neuroprotectants,” grants exclusive intellectual property rights for cannabis to the federal government and its drug industry allies, which are working overtime to develop patented, marijuana-based drugs for the treatment of all sorts of diseases.

“Cannabinoids have been found to have antioxidant properties, unrelated to NMDA receptor antagonism,” explains the patent in unabashed hypocrisy. “This new found property makes cannabinoids useful in the treatment and prophylaxis of a wide variety of oxidation associated diseases, such as ischemic, age-related, inflammatory and autoimmune diseases,” it adds, proving that federal marijuana prohibition serves private rather than public interests.

Written by: Jonathan Benson on September 28, 2013.
Last revised by: