Can you pick yourself out of the photo?

America, while you slept, your country was stolen from you. Your country was absconded by all the political misfits and corporate criminals that the disenfranchised former Republicans and Democrats have been trying to warn you about during the last several years.

How Did We Get Here?

Laws, originating out of New Deal legislation, written in response to the Great Depression, provided some measure of protection for the American financial system from the unsavory forces which led to its initial demise in 1929. In 2008, corporate greed, governmental 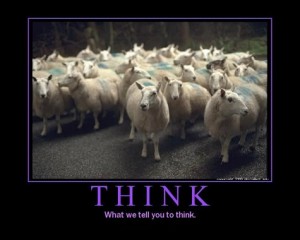 corruption and a populace who was asleep at the wheel, has succeeded in achieving what historians will someday label the “Greatest Depression of 2013-2014.” History will also show that the destruction of the late, great American economy was entirely self-inflicted.

Why the US Economy Is Irreversibly Damaged

If Americans knew their history, then we would be cognizant of the fact that one of the prime causes of the Great Depression was due to stock investors buying shares on margin (i.e., loans). Glass Steagall Act protected Americans from this shady practice by separating commercial banking from this investment practice of stockbrokers. However, with one stroke of his New World Order pen, Bill Clinton’s repeal of the Glass-Steagall Act opened the flood gates for the domestic AND foreign infusion of bad credit into both our stock market and banking system. Consequently, both industries stand in the midst of a total and complete economic collapse in what is quickly becoming known as the most massive wealth transfer in world history.

On September 30, 1999 , Fannie Mae and Freddie Mac sought governmental permission to “relax” (i.e., break) the prudent governmental regulations on sound lending practices and begin to make loans to individuals who were not credit worthy. This spelled the death of the mortgage industry as we once knew it and the housing market was collapsed.

The Uptick Rule once prevented companies from crashing due to large scale shorting of company stock. A company’s stock could not be sold short as long as it was in continuous decline. Short sellers had to wait for an uptick in the stock before engaging in shorting. The Uptick Rule was retired in 2007 and the rest, as they say, is history. The elimination of the Uptick Rule is like going to a basketball game and not being able to see the scoreboard. Who’s ahead, who’s behind? Nobody knows but “Ladies and Gentlemen, place your bets!” What is your stock portfolio worth? Who knows? Who cares? Somebody wealthy is getting wealthier at your expense and you and your middle class investors are none the wiser.

The rapid increase in the price of fuel during the last several years is a good example of the destructive nature of the derivative market. Most of the price gouging which resulted in unprecedented increases in gas prices, and record oil company profits, was due to speculation in futures especially by Goldman Sachs which just happens to be former Treasury Secretary’s Henry Paulson’s old company. Paulson oversaw the first bailouts as a result of the derivatives market failure. Today the derivatives market has collapsed and the collapse has pulled our entire economy along with it. The Federal Reserve is temporarily keeping the economy barely afloat by printing massive sums of money, but this game is almost over.

Why America Can Never Recover 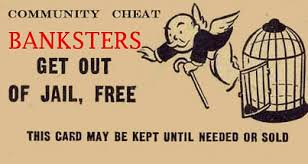 Derivatives are not stocks or bonds or anything of tangible value. The value of a derivative is technically viewed as “anticipated future value.” Therefore, derivatives have no real value. However, a derivatives transaction must have the backing of a financial institution such as a brokerage or a bank. The assets used to back up and collateralize the worthless derivatives are real and substantial. When the derivatives market crashed, it took down hard assets of tangible value. In effect, the economy had stupidly used something in order to back up nothing and the something is now in the total control of the central bankers. To cover the losses of the “too-big-to-fail” entities, the bailouts were initiated in what constituted the largest wealth transfer in world history.

This is the ultimate money game in which paper derived from other paper, such as futures and options, has served to bolster the balance sheets on Wall Street. Futures and options are exchanged traded derivatives, but the largest group of derivatives is not even traded on the exchanges. These are called “counterparty derivatives” and consist of such financial entities as mortgage backed securities and credit default swaps.

It is estimated that total derivative exposure of the financial system is between one quadrillion and one and a half quadrillion. A quadrillion is 1,000 trillion dollars and it has largely collapsed. The entire Gross Domestic Product (GDP) of all the world’s countries in 2011 was approximately 77 trillion dollars. GDP is an economic term for everything that is produced for sale. The American middle class is being asked to bear the burden of the entire derivatives market collapse which totals over 16 times the net value of the entire planet. No amount of bailouts can ever cover the loss. This is simply the bankers way of transferring what is left of middle class wealth before the final collapse.

IT IS MATHEMATICALLY IMPOSSIBLE TO PAY OFF THE DERIVATIVE DEBT! 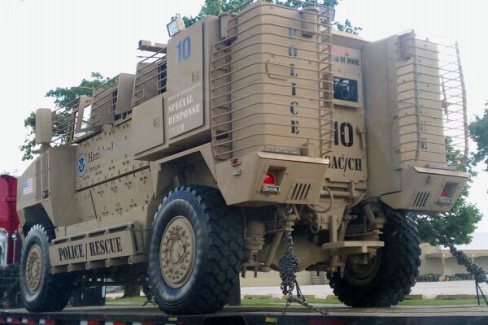 Where do you think the bail out money went? Ask yourself why so many corporate heads are building homes overseas? Why did George Bush build a 100,000 acre ranch in Paraguay? Why is NORTHCOM, a combat organization, is engaged in urban riot control training? Why did DHS purchase 2.2 billion rounds of ammunition to go with their 2700 armored personnel carriers? Even the National Weather Service has purchased million of rounds of ammunition. Why are the Russians training on American soil with FEMA in a bilateral agreement signed by Obama? Why are we seeing one disaster drill after another being carried out in this country? Here is a partial list of disaster drills being carried between September 25-November 13th.

Banks Get an “F” in Security

Many of us feel that inside one of these disaster drills lies the false flag event which will be used to collapse the economy and lead to either martial law or civil war. Do you really think that language is too strong? On Friday, Senator Tom Harkin (D-Iowa) stated that the political rhetoric has reached civil war levels.

The central bankers know that no amount of Quantitative Easing can pay for the hard assets that were lost in order to collateralize the derivatives. They have no option but to collapse the system and start over, but before they do, they are going to steal everything that is not nailed down. This is why in preparation of this move to collapse the system, they are obtaining as many hard assets as possible. This is why the Federal Reserve has been printing 40 billion dollars per month for the sole purpose of purchasing mortgage backed securities. This is why central bankers are under orders from the Bank of International Settlement which has ordered its rank and file central bankers from each country to greatly minimize loans in order to limit exposure when the collapse occurs. This is why the MERS mortgage fraud, in which millions of people are having their houses stolen through the creation of phony titles, continues unabated. This is why the Seventh Circuit Court of Appeals ruled that once a depositor puts their money in the bank, the bank owns the money. This is why Treasury Secretary Lew began to “borrow” against federal pensions late last spring. This is why DHS, the IRS et al are preparing to go to war with the American people as they arm to the teeth. This is why the foreign troops are here. You are on the Titanic and you are going down. Still not convinced? Then explain Cyprus, Greece, Poland and now Panama where the TPTB are stealing pensions and bank accounts and you don‘t think it can happen to you because you are an American?

We have options America. We could arrest the Wall Street thugs that perpetrated this whole bloody mess and issue a declaration of debt repudiation. However, the other side is prepared to fight you as evidenced by the recent militarization of every federal agency. I do not believe that that America has the intestinal fortitude to fight back. We are a soft nation. And if we did resist, we should be prepared to fight the Russians and the Chinese on American soil because the central bankers will certainly follow a Red Dawn scenario.

When the Titanic went down, who did they save? They saved 70% of the wealthy as they were the ones that got into the life boats while the coach passengers were locked into steerage in which only 10% of those poor persons survived. This is exactly what is going on now. The government is not bailing out small business owners, pension holders and the average investor. They, we, are only bailing out the rich friends of the international bankers. The rest of us are locked into middle class steerage. Get your money out of the bank. Cash in your 401K and your pensions. The game is over and you only have time to jump from this sinking ship.

One Reply to “Game Over: Total Collapse Is Imminent”