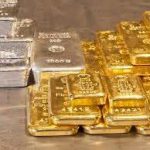 The number of experts in precious metals, who think that the price of gold and silver does not reflect their true value, has dramatically increased. The total disconnect between the spot price and paper markets in gold and physical silver is the result of blatant manipulation by central banks.

Today we will try to explain the operations of the manipulations, the reasons why the price of gold and silver is driven down, and how we could stop this manipulation.

Absolutely nothing of what is happening right now in the gold and silver markets is linked to fundamentals. The law of supply and demand is largely disregarded as a factor in the price discovery mechanism.

We also know that governments in general and the U.S. in particular, always get involved in all kinds of markets. Why, then, would they not get involved in precious metals? Central banks regularly intervene in the currency of each nation. So it is not unreasonable to imagine that they would try to manipulate the gold and silver market too.

How does the manipulation of the gold and silver prices function?

The big investment banks, operating on behalf of central banks, use naked short positions to offset the effect on pricing due to a rising demand for possession of physical precious metals. They flood the market with sell orders, although, they do not physically hold any gold and silver in their chest.

These naked short sales, lower prices to trigger sell orders that automatically lead individuals to sell their assets after their loss limit is reached.

In addition to these sales, clearly intended to lower the price of gold and silver, brokerages and large investment banks regularly announce via their propaganda machines that hedge funds and institutional investors were ready to sell their positions on gold. The purpose of these announcements is to encourage individual investors to sell gold before the big players.

Is there any concrete evidence of this manipulation?

Yes, for example, on Friday April 12, 500 tons of paper gold, 16 million ounces of gold were sold on the COMEX in a single day. What happens when more than 500 tons of gold are offered for sale in one shot on the market? You guessed it, it substantially lowers prices.

Who has the ability to sell the equivalent of 500 tons of gold in the market for an amount representing $ 24.8 billion (16 million ounces of gold, or about 15% of the world’s annual gold production)? Who would own such stock in the unlikely case, delivery requests on these short sales were to occur? Moreover, nobody would sell such an amount of gold at once, such a sale would normally occur progressively to avoid a collapse, thus limiting losses. In this case, the sell off caused the loss of more than 1.168 billion dollars during the operation. Who can afford to lose so much money? Only a central bank that can create money at will.

What are the objectives of this manipulation?

The rapid rise in the price of precious metals is a strong indication of the loss of confidence in the dollar and results in the exchange rate decrease. The manipulation is aimed at a single objective: to protect the dollar, allowing the Fed to keep a check on interest rates, and the value of U.S. Treasury bonds and credit derivatives widely held by major banks. If the Fed loses control of the dollar, which will inevitably happen, as it prints billions of dollars every month, the interest rate will increase dramatically, the value of U.S. Bonds will collapse, the derivatives bubble will explode, and the banking system with it. The manipulation of the price of gold and silver reassures the masses confidence in the currency and help prevent a run on the dollar, thereby safeguarding, although temporarily, the whole financial system.

The orchestrated lower price of gold and silver is a sign that the authorities are afraid of not being able to control the events to come, unless there remains a strong confidence in the dollar.

How can we stop this manipulation?

Note that the CFTC, the supposed law enforcement in charge of regulating derivatives, allows select market participants in taking huge and concentrated positions that disrupt the mechanism of price discovery. The manipulation of gold and silver could not take place if the CFTC properly regulated the derivatives.

The decline in precious metals prices has undermined investor sentiment, and yet it seems that the demand for precious metals is still very high. Investors should not be concerned by the temporary decline in gold and silver. The fundamentals are there with the accelerating budget deficit and money printing, the geopolitical mess in so many part of the world, predicaments that will ultimately be reflected in much higher gold and silver prices. Moreover, these declines have nothing to do with the physical market, as there is always a huge demand for precious metals in these uncertain times. China, like other emerging countries and some savvy investors, knows that these manipulations are an exceptional opportunity to acquire the “physical” at artificially low prices.

So as the old saying goes,

“Back up your truck, while the party is still on”!