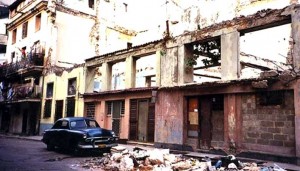 Increasingly aware of potential U.S. economic collapse, author Marjory Wildcraft wanted to learn from those who already lived through it – the Cubans.

Wildcraft, best known for her “Grow Your Own Groceries” video series, reasoned it was best to speak with these survivors personally to hear how they fed themselves when imports stopped arriving. In February, as Wildcraft interviewed Cuban residents, she sought their advice for Americans preparing for economic collapse. Their answers surprised her.

“Every single one of them said something about being ready to share with your neighbors, to help out in your community and do your best to keep your spirits up,” Wildcraft said of her talks with working-class Cubans. “Not a single one said to go out and buy a bunch of stuff.”

Wildcraft said that instead of storing beans in bulk or buying guns, the Cubans did what people naturally do in times of stress – they began growing gardens and sharing with neighbors. Many of these community relationships have been built upon generations.

After the revolution, the government gave Cubans property, but does not allow them to sell it. Unlike Americans who move every few years, Cubans may live in the same neighborhood for decades. As such, there is very little violence, Wildcraft said.

“They are all family,” she said.

Traveling with Millions Against Monsanto, a subgroup of the Organic Consumers Association, Wildcraft was particularly interested in learning how Cubans transformed their foodsystem after the tiny country’s economy collapsed in 1990. 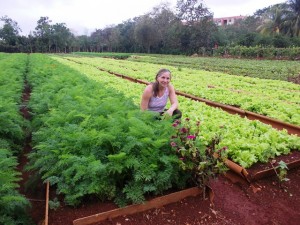 Wildcraft said she saw many parallels between Cuba’s pre-collapse system and the current situation in the United States. For instance, Cuba was highly dependent upon fuel imports. America now imports 60 to 65 percent of its fuel.

“More than any other Latin American culture, Cuba embraced monoculture, which is what America definitely has, and that completely failed,” she said. Cuba relied mainly on sugar exports. When the sugar market dried up, partly because of the emergence of high fructose corn syrup and trading with Russia ceased, Cuba had no other major cash crop.

Another similarity, she said, is in U.S. reliance on large agricultural machinery and farming enterprises. When Russian imports to Cuba halted, fuel and tractor parts were no longer available. Many farmers reverted to using oxen – which need only “water, grass and to be caressed.”

Most common people said the economic collapse “came as a big surprise,” she said. “They didn’t see it coming.”

Wildcraft highlighted her experiences with a slide presentation this week on the first of a series of webinars hosted by producers of “Beyond Off Grid,” a film documentary to be released by early 2014. The film, which includes Wildcraft and more than a dozen other agricultural, economic and homesteading specialists, strives to help people reduce their dependency on the modern control grid.

Film producer Jason Matyas, a lifelong gardener, spoke with Wildcraft about the municipal and private food plots she toured during her 10-day trip to Cuba.

Matyas explained how an attack on Iran by the United States or Israel could almost immediately double or triple fuel prices as Iran likely would close its main shipping lane. 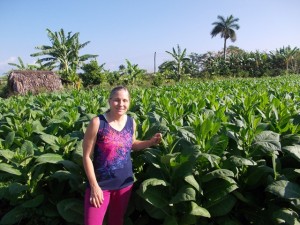 “Whether that kind of scenario happens or not, the more local you can make your food supply, the better,” Matyas said. “The ultimate is growing your own food.”

The next best thing, Matyas said, is to trade with neighbors, followed by purchasing from a local farmer where you know the production methods.

Wildcraft added that knowing your community also is vital and skills are more valuable than goods.

“Going it alone is much harder,” Matyas said, relating a story of an Amish community where neighbors built a barn and contributed livestock and equipment when a family’s barn burned. The United States has lost much of that community structure, he said.

Wildcraft ended the program by saying, besides traveling, she reads history to learn how people have survived through difficult times. The items usually becoming scarce first are food, seeds, transportation, clothing and medicines. People should also consider how they will do without their addictions (such as coffee, chocolate or liquor).

“These are all patterns that happen fairly predictably,” Wildcraft said, urging listeners to start learning now how to garden. “Growing food is not a skill you can learn quickly or easily.”

Learning as much now as possible is vital, she said. Plus, much industrial food is not healthful anyway.

Also, instead of growing exotic, non-native vegetables, Wildcraft said, it is better to focus on plants that do well in the local environment. Again, soil fertility is paramount.

Matyas endorsed Wildcraft’s video series, calling it the best he has seen to help beginner or advanced gardeners learn more about raising small livestock or producing food in a backyard. “Grow Your Own Groceries” is widely used by homesteaders, survivalists, universities, and missionary organizations around the world.  Wildcraft’s website also includes videos of her interviews with Cuban farmers and gardeners.

The Beyond Off Grid webinar series is set to run weekly. Organizers say their goal is to educate and inspire people to take action for a better future. To learn more, visit the website.

Matyas said he does not yet have a schedule confirmed, but intends to have precious metals expert Franklin Sanders on the program in October or November to discuss the state of the American and Global economy. Sanders will explain what to do now to prepare for increased hard times that lie ahead.