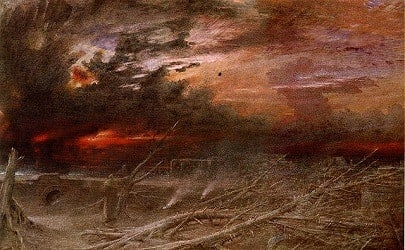 A few days ago, a Backdoor Survival reader asked “If you had some way of knowing that a SHTF situation would happen in the next few days, what would you do to prepare right away? What would be your biggest priority, especially with so much to consider?”

After thinking about my own answer, I put it this question out to Facebook and within a few hours had over eighty responses.  Interestingly enough, something that came through loud and clear over and over again was the need to get in touch with family members and to convince them to join their prepping relatives someplace safe.

My own response was this:

My own priority will be calling my family in the Seattle area and begging them to hit the road and come to my place. They have not prepared at all so I have kept that in mind with my own preps. My home is small (only one bedroom) but I have sleeping bags and a couch. We would make do.

Clearly, I had found a thread of common ground among us.  But even more than that, it was obvious to me that in spite of our government and the media’s efforts to convince us to prepare, preppers are still a minority.

How could that be?  The writing, as far as I am concerned, is on the wall in bright, bold print.

THE END OF THE WORLD AS WE KNOW IS ALREADY HERE

There is no need to wait for the end of the world as we know it because it is already here,  As a matter of fact, you rarely see the acronym TEOTWAWKI in print anymore.

Here are just a few indicators that “the good old days” are gone:

None of this is doomsday.  It is reality.

This is not the world I remember in the 70s, 80s, and 90s.  Sure there were problems back then; banks failed, the stock market crashed and people lost their jobs.  But in each case, there was a a plan to dig out and a gradual but steady recovery. Citizens were patriotic and were willing to sacrifice and to work hard to restore economic stability to their country.

Not so these days.  Civil liberties are being challenged, personal privacy has become a thing of the past and people at all economic levels are fearful.  So why is it that more people not joining the prepper movement?  And is there anything we can do to convince them?

I was recently contacted by Nat Geo TV and asked to comment on the role of both TV and the film industry in fostering preparedness.  After all, anyone who has access to a television or movies has surely noticed the proliferation of disaster and doomsday-type shows and films.

My feelings on the role of TV and movies on the prepper movement are mixed.

On the one hand, I have always loved apocalyptic movies, Starting way back when with On the Beach and later The Trigger Effect, The Road, Independence Day and 2012, I was hooked.   Each of these films were entertaining for sure.  But more than that, I now realize that they were instrumental in motivating me to consider the possibility that a disaster could happen to me and not just to someone else.  You might say the the proverbial light bulb went off while watching these films.

More recently we have movies such as World War Z and The Book of Eli as well as “what if” TV shows such as Under the Dome, Jericho and Revolution depicting apocalyptic situations.  We also have reality shows such as the hugely popular Doomsday Preppers.

In my opinion, these shows are a blessing and a curse.  On the one hand, they depict catastrophic situations and the human dynamic that contribute to their resolution, for better or for worse.  On the other hand, situations that are serious are portrayed as entertainment, something to watch for instant gratification and then discarded in favor of the next item in the playlist.

WHAT ABOUT THOSE REALITY SHOWS?

As I wrote in Weighing in on the Doomsday Preppers, the participants in the initial episodes of the Doomsday Prepper series were portrayed as extremists. It is not that what they were doing that was so bizarre, but that each family appeared to be laser focused on some future apocalypse to the exclusion of living a joyful life in the present.

I am happy to say that currently, you will see participants that have more balance both in their daily life and in their preparations.  This, in my opinion, will open up the genre as prepping preparing themselves.

Reality shows have the potential of educating a huge segment of our population about both the need to acquire self-sufficiency skills and the requirement to store food, water and supplies for an emergency.  Whether they succeed or not will depend upon the show and its real-life depiction of practical strategies that can be accomplished by everyday families living in both the cities and suburbs as well as the country.

Eliminate the extreme and focus on everyday reality rather than Hollywood and these types of shows will shine.

Without sounding like a commercial, I am looking forward to watching the American Blackout later this month. This two hour film imagines life in the days immediately following a blackout and more specifically, from an EMP cyber-attack. I like that it will include an analysis  of the challenges that we would face if such an event really happened and all indications are that the scenarios will be well-researched and credible.  Of course I won’t know for sure until I see it.

You know and I know that being prepared is a necessity during these troubled times.  If apocalyptic TV shows and films convince just one more person to take their head out of the sand and become a prepper, I will be happy.