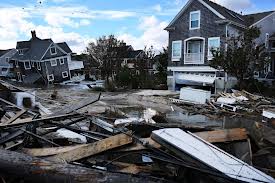 I recently came across a listing of things that can go wrong during and following a disaster and while the list is not my original work, I felt that it was a list worth sharing.  Some of the points are common knowledge, but others were surprising and to be honest, a bit disconcerting as well.  Most of the 70 items are negative and many go against what we commonly believe will occur as first responders and rescuers come on the scene.

So what is a prepper to do?

Read through the list, remind yourself that trained personnel are human too, and that even with the best of training, mistakes will be made.

Things that will go wrong in a disaster

1. In an earthquake, there may be violent ground shaking; it will seem to last much longer than it actually does.

3. Fires in collapsed buildings will be very difficult to control.

4. The extent of the disaster will be difficult to assess, though this will be necessary to assure proper commitment of resources.

5. Emergency equipment and field units will commit without being dispatched. There will be an air of urgency and more requests for aid than units available to send.

6. Communications will be inadequate; holes will appear in the system and air traffic will be incredibly heavy.

7. Trained personnel will become supervisors because they will be too valuable to perform hands-on tasks.

8. Responding mutual aid units will become lost; they will require maps and guides.

9. Water will be contaminated and unsafe for drinking. Tankers will be needed for fire fighting and for carrying drinking water.

10. Citizens will volunteer but their commitment will usually be short-term.

11. There may be a multitude of hazardous materials incidents.

12. Aircraft will flood the area; law enforcement, fire, media, civilian, commercial and military aircraft will be a major concern. 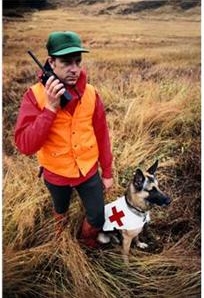 13. The Command Post and/or EOC will be overrun with non-essential personnel; media, geologists, architects, engineers, representatives from other jurisdictions, etc.

14. Staging will be essential; the flow of personnel, equipment and supplies will be overwhelming.

15. Although it is an EOC function, the Field Command Post will become the temporary seat of government.

16. Electric power will be interrupted or will fail completely.

18. Phone service will be erratic or non-existent. Pay phones will be the most reliable.

19. The media will have the best communications available; be prepared to share or impound their resources.

20. Fuel will not be available because there will be no electricity to run the pumps.

21. There will be an epidemic of flat tires; police, fire, and emergency medical vehicles will sustain a multitude of flat tires that will require repair in the field.

22. Fires will need to be investigated; mutual aid should include arson investigators.

23. The primary police department concern will be law enforcement; there will not be sufficient time or manpower to provide miscellaneous services.

24. It will be dark; there will not be enough generators or lights available.

25. Portable toilets will be in demand; there will be no place to go, and if a place is found there will be six photographers there to cover the event.

26. The perimeter will be difficult to control; citizens and media alike will offer good reasons why they should be allowed to enter the restricted area.

27. Search dogs will be needed early in the operation.

28. Documentation will be very important; there will be a multitude of requests for information later.

30. Streets will be impassable in some areas; it will be necessary to clear streets of rubble in order to conduct emergency operations.

31. The same buildings will be searched more than once unless they are clearly marked.

32. In earthquakes, there will be after shocks; they will hamper emergency operations, create new fears among the citizenry and may cause more destruction than the original shock.

33. Many injured people will have to find their own way to medical treatment facilities.

34. Volunteer and reserve personnel may be slow to respond; they will put their own families’ safety first.

35. On-duty public safety personnel will be concerned about their own families, and some may leave their posts to check on them.

36. Law enforcement and the media will clash; all media representatives should be referred to the Public Information Officer.

37. Very few citizens will utilize evacuation/mass care centers; they will prefer to stay with friends and relatives, or to camp out in their own yards.

39. The identification of workers and volunteers will be a problem; it will be difficult to determine who is working where and on what.

40. There will be rumors; people will be listening to their radios and must be given accurate information.

41. There will not be enough handie-talkies; batteries will soon go dead.

42. Many fire hydrants will be inaccessible (covered or destroyed by rubble) or inoperable.

43. Generators will run out of fuel; jerry cans of fuel must be obtained early to maintain generator powered lighting and communications.

44. Critical facilities will have to be self-sufficient; gas, lights, water and sewage may be out for days.

45. Emergency responders will require rest and must be relieved. Local personnel may be of value as guides for mutual aid responders, or as supervisors for volunteer crews.

46. Equipment will be lost, damaged or stolen, and may never be accounted for.

47. Someone will get the bill; record-keeping and accounting procedures will be important.

48. Traditional non-emergency personnel will want to go home at 5 o’clock; all public employees must be made to realize that they are a part of the emergency response team.

49. People will die and there is nothing that can be done about it. Non-public safety personnel will not understand why everyone cannot be saved. Priorities must be set to save the most lives possible.

50. Dead bodies should not be an initial concern. Rescuing the living should be the first priority.

51. If phones are working, the number of requests for service will be overwhelming. People will have to fend for themselves; it will be difficult for dispatchers to ignore these pleas for help.

52. Some field units will disappear; you will not be able to reach them and will not know where they are or what they are doing.

53. Security will have to be posted at hospitals, clinics, and first-aid stations to control hysterical citizens demanding immediate attention.

54. Representatives from public agencies throughout the United States and many foreign countries will want to come and observe the operations or offer assistance. They will be a significant problem.

55. Department heads (EOC) staff may not have a working knowledge of their assigned areas of responsibility, and will play it by ear.

56. Some citizens and media representatives will question your decisions because they will not recognize that the safety of field responders is paramount.

57. There are no critically injured in a disaster; only those who are dead or alive.

58. Handicapped and disabled persons will probably die unless personal family and friends can care for them and maintain their life-support systems.

59. Management will not be familiar with field response procedures, and may attempt to change standard operating procedures.

60. Emergency responders (public safety and medical alike) will not be adequately trained to respond efficiently.

61. There will be initial chaos; supplies, materials and equipment needed will not be readily available.

62. There will be a general lack of necessary information; coordinators will want to wait for damage/casualty assessment information to establish priorities.

63. Emergency equipment will not be able to reach some locations because of traffic jams. Tow trucks will be at a premium. Parked or abandoned vehicles will block streets, and emergency responders will be the worst offenders.

64. Even though there will not be enough people to initially deal with emergencies, many available personnel will never be identified and never used. After the initial shock, there will be too many volunteers.

65. General information will be offered in response to specific questions because field units cannot verify the requested information.

66. Individual public safety officers will be asked to do the work of squads or companies; they will have to recruit volunteers on the spot to provide assistance to their efforts.

67. The message flow to, from, and within the EOC and Field Command Post will break down and become inefficient and unmanageable.

68. There will be an over critical desire to verify all incoming information. If it is received from a field unit, it should be considered as verified.

70. Things will get better some time after they have become considerably worse.

As you read through this list of 70 things that can go wrong following a disaster, realize that while many of these things may not happen each and every time there is an emergency, many of them will indeed occur.  And it is true.  Things will get better – eventually – but they may also get a lot worse than you can imagine before the road to recovery begins.