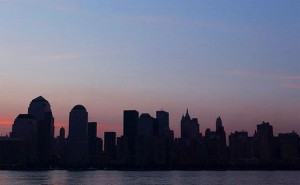 The electric power grid is the glass jaw of American industry. It is essential for almost everything. If an adversary lands a knockout blow, it could black out vast areas of the continent for weeks, months or longer; interrupt supplies of water, gasoline, diesel fuel and fresh food; shut down communications; and create disruptions on a apocalyptic scale.

…thousands of utility workers, business executives, National Guard officers, F.B.I. antiterrorism experts and officials from 3-letter government agencies in the United States, and Canada and Mexico are preparing for an emergency drill that will simulate physical attacks and cyber attacks that could take down large sections of the power grid.

They will practice for a crisis unlike anything the real grid has ever seen, and more than 150 companies and organizations have signed up to participate.

One goal of the drill, called GridEx II, is to explore how governments would react as the loss of the grid crippled the supply chain for everyday necessities.

Unlike previous exercises which were based on the expectation that electricity would be up and running relatively quick after an attack, the November grid-down exercise will presume a much more devastating failure and set of consequences.

Many of the systems rely on Windows-based control systems that are common to many industries. Some of them run on in-house networks, but computer security experts say they are not confident that all the connections to the public Internet have been discovered and secured. Many may be vulnerable to software — known as malware — that can disable the systems or destroy their ability to communicate, leaving their human operators blind about the positions of switches, the flows of current and other critical parameters. Experts say a sophisticated hacker could also damage hard-to-replace equipment.

A National Academy of Sciences report last year said that terrorists could cause broad hardship for months with physical attacks on hard-to-replace components.

An emerging effort…is gearing up to pressure state legislatures to force utilities to protect equipment against an electromagnetic pulse, which could come from solar activity or be caused by small nuclear weapons exploded at low altitude, frying crucial components.

-nytimes “As Worries Over the Power Grid Rise, a Drill Will Simulate a Knockout Blow”

An attack using an electromagnetic pulse is laid out in extensive detail in the novel, “One Second After”

If you have not read it, you should. It will open your eyes as to what could happen following a major power grid collapse (EMP).

How would you prepare in order to survive a long-term blackout? 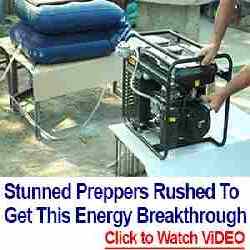