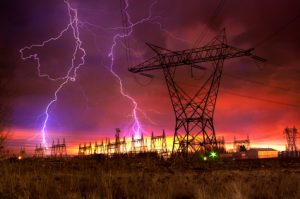 It is a fact that our country is more reliant on electrical power today than at any time in its history. Our way of life – from everyday conveniences and the security of local emergency services to commerce and communications – is contingent upon an always on, always available flow of electricity. But an aging infrastructure coupled with a rise in natural and man-made disasters threatens our entire modern day digital infrastructure. According to many experts from the private and public sector, we’re just one major catastrophic event away from a complete meltdown of life in America as we know it today.

So, what happens if and when the grid goes down for an extended period of time? Aside from the aggravation of not being able to determine what is happening through traditional media channels, for the Average Joe, his problems have only just begun. Our dependency to the grid doesn’t just stop at lack of electricity in our homes to power our appliances or an inability to charge our cell phones; it is much broader and affects every aspect of our lives.

We are regularly inundated with news reports covering outages that last several days or weeks resulting from inclement weather like snow storms or hurricanes, or heat waves in southern states that threaten to overload the system. During those times, when entire metropolitan areas or regions experience black outs, we get a glimpse into what a truly widespread emergency might look like. It is often the case that the first thing residents of affected areas do is rush to grocery and hardware stores hoping to acquire critical supplies like food, water, batteries, flashlights and generators. And while these supplies acquired at the onset of crisis may provide short term sustenance, any long-term grid-down situation that lasts for many weeks or months will prove dangerous, and perhaps fatal, to the unprepared.

Consider, for a moment, how drastically your life would change without the continuous flow of energy the grid delivers. While manageable during a short-term disaster, losing access to the following critical elements of our just-in-time society would wreak havoc on the system.