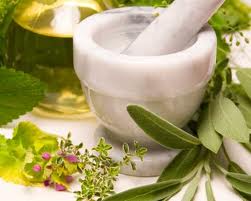 Following an emergency or the all-out collapse of society and TEOTWAWKI, medical care and access to pharmaceuticals can become scarce or altogether nonexistent. While this might not be an immediate concern to those who are young, fit and accustomed to enjoying the vitality and good health so common to youth, not everyone can take their health for granted like that. For many people, whether they’re children of a year or grandparents nearing a hundred, medical care is necessary to treat chronic or acute health problems, often with life-threatening consequences.

From high blood pressure, hypertension, and type II diabetes to arthritis, chronic pain, and Alzheimer’s disease or dementia, there are many common health issues you may need to address. Then there are the common issues such as seasonal cold and flu, cuts, bruises, burns and scrapes as well as allergies, fungal and viral infections, bacterial infections, etc. For all these ailments, most people rely on modern medicine, whether by prescription or over-the-counter.

Indeed, when we talk about modern medicine, it’s important to remember that we’re not just talking about hospitals or clinics and pharmacies all loaded with prescription medication. During a crisis, it may be a simple over-the-counter medication you need, like Tylenol or Benadryl or even Imodium, but you’ll be lucky if you can find it at all and luckier still if you have something you can trade for it when you need it.

Under ideal circumstances, you’ve already stockpiled enough over-the-counter medication to get you and your family through 4 – 6 months or more. If you or a loved one takes any prescription medication for a life-threatening ailment, try to get extra prescriptions from the doctor to keep a 90 – 120 day supply (or more) of such necessary medications.

Oftentimes attaining extra prescriptions can be problematic for patients, and sometimes medication simply doesn’t last very long, but in either case you will eventually run out of medication if a crisis or disaster lasts long enough. What then? For many people, that may simply be the end of the line. Unfortunately, there are a lot of serious health conditions, and when the medication runs out there are a lot of people with heart disease, respiratory problems, diabetes or other illnesses that will quickly spiral out of control and lead to death.

There will even be people succumbing to malnutrition, opportunistic infections, common diseases and blood poisoning that sets in from infected wounds. You don’t have to be among those people. Not only can you stock up now on common over-the-counter medications (think Tylenol, Ibuprofen, Aspirin, Benadryl and Imodium, etc.) but you can also stockpile antibiotics legally and without a prescription.

A little known fact that has gained increasing popularity in recent years is that many of the medications sold in farm supply stores and at vets around the country (and online) are identical to the medications handed out by pharmacists for human use. Common examples include many aquatic lines of antibiotics that are marketed for fish (with off-label instruction for dosing cats and dogs as well) such as FishMox (amoxicillin) and FishPen (penicillin). You don’t need a prescription to purchase these medications, and to verify the content you can enter the unique pill code (imprinted on each pill) into a free USP (U.S. Pharmacopeial Convention) directory online.

Best of all, however, you can arm yourself with knowledge about the aids and remedies that exist in nature. With a long history of use in folk medicine and traditional Chinese as well as Indian medicine, many herbs and plants have centuries of anecdotal evidence for their efficacy, while modern science has begun to catch up and confirm much of this ancient knowledge.

For high blood pressure, hypertension, and cardiovascular diseases or disorders of the heart, there are a number of recommended herbs, including:

For chronic pain, arthritis, and other inflammatory disorders, some of the top natural remedies include:

When antibiotics are unavailable but needed, you can turn again to nature for several very potent replacements. Some of the best antibiotics in nature include:

In addition to the healing benefits of the plants listed above, there are many herbs and common garden plants that are either edible and/or can be steeped into health-promoting teas. Practically all common kitchen herbs, from peppermint, lemon balm and sage to rosemary, thyme and oregano have medicinal benefits of their own and can be steeped into pleasing teas. Meanwhile, during sick spells a touch of ginger tea or some chamomile tea with honey can do wonders.

These are just some of the many remedies available from nature. No doubt, you probably know a few traditional old remedies you picked up over the years or learned from your grandparents; feel free to share your suggestions and knowledge in the comments below.

Source of the original article

One Reply to “How to Survive Without the Pharmacy”