A lot of time is being wasted wondering what the Fed will or will not do or in analyzing the latest grossly rigged economic statistics. Very few people think for themselves and realize the obvious.

The evidence is that the debt scam has been swelling exponentially for 40 years, and began its parabolic phase in 2006 when Ben Bernanke was appointed to head the Fed. A move, no doubt designed to accelerate the greatest wealth transfer (a euphemism for robbery) in History. 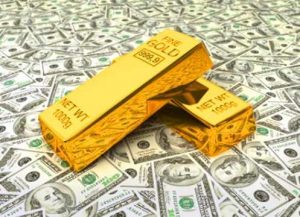 We do not have to wonder what central banks will do because, despite ridiculous talk of taper meant to fool investors, pension funders and the public at large, it is certain that they will continue creating unlimited amounts of liquidity just to keep the global economy alive and allow them more time to obtain golden parachutes in the form of hard assets (from weak hands) and plan the next worldwide monetary pyramid Ponzi cycle.

This means for the common man that we are entering a hyperinflationary phase in the United States and several other countries. And it will begin in 2014. What will be the trigger? The answer is simple: the deliberate collapse of the U.S. dollar and its vassal currencies.

Hyperinflation is an event related to currencies. It does not occur as a result of an increase in demand, but as the inevitable consequence of a currency collapse. When a country’s bloated government lives well beyond its means for a long time, and creates money it knows it can never repay, this leads other countries to shun that nation and its money away.

It took over 200 years for the United   States to reach 8 trillion dollars in debt. Since Fed Chairman Bernanke took office (2006 – 2014), the debt of the United States has more than doubled to 17 trillion dollars – all a “feat of arms” which marks the beginning of the parabolic increase in the debt of the United States, not by the tens of billions, but hundreds of billions of dollars. The situation is the same as that of the Weimar Republic and Zimbabwe and it is a quite logical consequence of what is happening.

The collapse of the dollar has begun and it will accelerate in 2014. There has never  in history been a situation where most major economies were in the same predicament at the same time. Japan is a basket case, with a debt / GDP

ratio of 200% and an aging population ratio (and accelerating aging). China suffers from a huge credit bubble. Most European countries are heavily indebted, unemployment is rising, and social structures make them very uncompetitive. There is no country that could save all those indebted governments. Add to that a banking system that is still saturated with toxic debt, has overused leverage and you have the perfect ingredients to bring to an end the world’s major economic paradigm as we know it.

For those with historical perspectives, events like this repeat themselves in cycles, ever since fiat money was devised. The intervals are usually filled with catastrophic wars of aggression, conflagrations for resources and power resulting in enormous death numbers. In an age of devastating weapons of instant mass destruction, one can dare imagine a death rate number in the billions! One can already watch the early flares of a troubled world throughout the planet: the Middle East, Japan (US) / China, the Ukraine (EU / Russia), Venezuela, Argentina, Greece, Ireland, Spain and Portugal, all are powder kegs ready to explode at anytime.

Ironically, we’re in 1914 again, expecting the next Archduke Ferdinand’s assassination event to light the world in an apocalyptic destruction. The temptation is palpable. The great “Reset” is the primary objective along with the long sought world population reduction.

A few individuals with a sense of logic and historical perspective have had, for a while, their savings protected through the acquisition of physical gold (stored outside the banking system) and silver; their action perfectly reflects the coming fall of the dollar and other currencies and will witness their precious metal holdings climb parabolically in the years to come. Precious metals prices are being artificially depressed to ridiculous levels for the sake of the dollar’s viability, presenting an opportunity to stack up and secure an uncertain future.

Beware! This window of opportunity may close anytime! The question is…What’s in your safe?