Earlier this week we noted that an invasion of the Ukraine by Vladimir Putin would likely lead to a complete destruction of U.S. stock markets. It’s not so much the invasion force itself, but rather, the economic maneuvers that would come with it should Russia take this course of action. 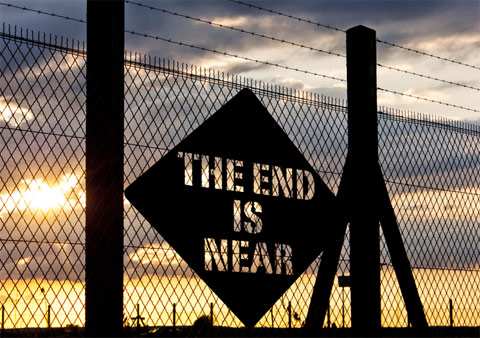 Well known economist and founder of the Shadow Stats web site John Williams seems to agree. If Russia were to begin unloading US Dollars it would almost instantly lead to a collapse of not only our financial markets, but our entire way of life. And while Russia alone may not have the economic power to single-handedly crush the U.S. economy, if their trading partners and allies like China got into the mix, coupled with front-running investors who may suspect the move is about to happen, it could well be a blood bath on a global scale.

This wouldn’t even be an issue if the U.S. economy were operating at healthy levels, but as Williams notes in the following interview with Greg Hunter’s USA Watchdog, it’s anything but:

What you have to keep in mind is that back in 2008 we had one of the greatest financial crises the United States ever faced. The system was on the brink of collapse at that point in time.

So, the system is very vulnerable; and if the Russians carry through with their threat, you have, indeed, the risk of it collapsing the system.

It does have the effect of creating a hyperinflation, which I think it would.  It’s the type of circumstance that will not allow life to continue as we know it because the U.S. is not able to handle hyperinflation.

We’re not structured for it.  Zimbabwe had one of the worst hyperinflations that anyone has ever seen.  They were still able to function for a while because they get paid in a rapidly depreciating currency.

It was so rapid it became like toilet paper overnight… they would go to a black market and exchange it for dollars.  We (the U.

S.) don’t have a black market to escape from our dollars.  Gold is probably the closest thing to that.  Gold will tend to rally here as the dollar sells off, barring very heavy intervention by the central banks which you may see.

The fundamentals will eventually dominate, and you will see a very weak dollar and very strong gold coming out of this.

As it stands now, even without Russia and China, our economic system is, once again, on the cusp of a serious deleveraging. John Williams highlights that January retail sales, a leading indicator of economic health, gave the strongest signal since September 2007 that a recession is looming, if not already here.

One huge indicator of this is that Staples, a leading supplier of office supplies nationwide, is shutting the doors on 225 stores. And, they aren’t the only ones getting hammered by a pullback in consumer spending. The world’s largest retailer, Walmart, saw sales drop over 20% year-over-year in the fourth quarter of 2013.

And as trend forecaster Gerald Celente once noted, “as goes Walmart, so goes America.”

So, in reality, Russia can probably sit back and watch the U.S. economy slip into a coma over the next couple of years. Of course, if their intention is to return their nation to super power status, an attack on the US economy by dumping the dollar would speed up the process and amplify the fall-out, causing a multi-generational depression.

Last year Barack Obama faced off with Russia over Syria, a situation that could easily have led to a much wider conflict.

Now, the same players have taken the game to Ukraine.

In both instances we’ve heard warnings of a potential collapse of our economic system in the event of an escalation.

The point is that it really doesn’t matter if it’s Syria, Ukraine, Iran or some other periphery conflict.

It should be clear that eventually this is exactly how it’s going to play out with respect to the US dollar.

China and Russia will make their move when they are good and ready.

When that day comes the implosion will be so fast that most Americans won’t even realize what has happened or know how to cope.