Eye catching to say the least, but to anyone that had been paying attention this is old news. According to the report, nearly 500,000 people will die in the first few minutes of an EMP. Assumedly, some will die because they rely on electricity for life support, and some may be in surgery at the time and the list goes on and only further emphasizes the dependency, life-threatening dependency on electricity. Then there are the auto accidents and train derailments because signal lights failed, and planes will fall from the sky, or will they. 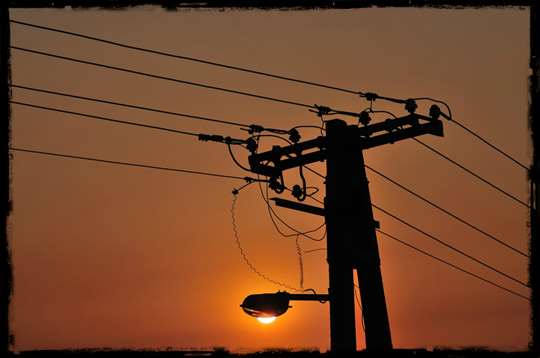 The average person can only speculate on what will and will not happen and what may or may not function. However, because an EMP is, or can be used, in military operations, the full extent of what the possible damage would be is not clear, nor will it ever be until it happens. Targets of such an attack could prepare and protect against such an event, so one must leave the targets guessing in military operations. Will it be as destructive as everyone imagines, or even beyond our imagination or somewhere in between. Prepare based on the worst-case scenario.

How Would You Prepare

Logically, you would prepare by learning to live without electricity, however logic is one thing practicality is another. Most working families cannot do this. You need electricity to withdraw money and to pump fuel, so immediately your life is altered making some tasks almost impossible or make them feel like they are impossible, until you can adjust or do without altogether.

Keep in mind, to become fully prepared, and to know exactly what to expect, you would have to sever your dependency on electricity, and the only way to do this is to live without its many benefits for extended training periods. It will take careful planning and commitment.

Practicing in a controlled environment allows you to experience the scenario, so your mistakes will not be life threatening, instead they can be a learning experience. This means you have to unplug, truly unplug, not for hours but for days and even weeks at a time so you are not left guessing about whether you can survive in the days after an EMP. There is no substitute for real life experiences.

Electricity is so established in people’s lives they do not give a second thought to the many things that rely on electricity. Some may dream about going off grid somewhere, and yet the first thing some people will do is to figure out how to provide their off grid home with electricity, which in some peoples mind defeats the purpose altogether. Of course, much depends on your definition of going off grid, typically, going off grid means less dependency, or a complete unplugging, from your local municipalities. It does not mean you have to go without certain things if there is a way of providing them, well until there is an EMP large enough to create significant damage nationwide.

An EMP attack will likely destroy any solar panels’ electrical/electronic components rendering the system useless, and the same would apply to wind turbines and to any system, that generates electricity unless the systems were properly protected.

There is a possibility that at some point in your life you may have to learn how to survive without electricity. Survive, not for a few hours or even a few days, it may very well be a few years or even longer.

You can start by listing all of the things that rely on electricity to operate, things that play a significant role in your daily lives. The obvious ones like illumination, heat, cooking and computers are on the top of the list but what about other things. Once you know, what will not be available for use allows you to begin figuring out alternatives.

Even though there is no electricity, many of the same tasks you do during a normal day will still have to be accomplished without the benefits of electricity.

Unless you have cash stuffed in the mattress, for example, you would not have access to it once the lights go out. The same applies to fuels for your motorized vehicles and other equipment. Certain propane appliances, (not all), rely on electricity to ignite the gas and distribute the heat. Pellet stoves for the most part would not heat a room without electricity because the blower fans would not operate. The list goes on and on and you do need to figure out what the impacts on your life will be so you can make adjustments now.

2 Replies to “EMP Attack: Who Is Ready and Is It Possible To Even Prepare”