Psst. I’m gonna share a little secret with you…

I think we’re in an economic depression.

Don’t believe me? Consider the fact that more than 100 million Americans are on some sort of government food assistance right now. If EBT cards didn’t exist, just imagine how long the soup lines would be! 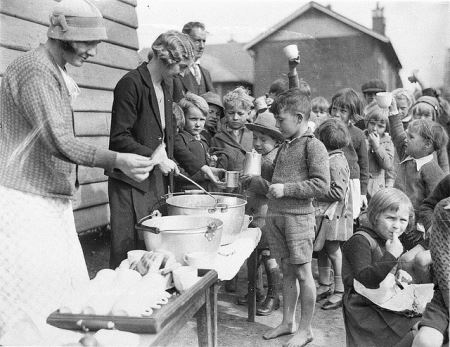 In this post I want to share with you the recommendations of Nicole Foss, an acclaimed finance, energy, and preparedness analyst who believes we are headed towards a deflationary spiral. Yes, the time to prepare is still NOW.

In her article, “How to Build a Lifeboat,”  she explains the 9 steps to personally take to prepare for a deflationary depression. I have taken these recommendations to heart and me and my family are actively following these steps to the best of our ability.

How to Prepare for an Economic Depression

According to Nicole Foss, the 9 steps to take to prepare for an economic depression are:

1) Hold no debt (for most people this means renting)

4) Sell equities, real estate, most bonds, commodities, collectibles (or short if you can afford to gamble)

7) If you have done all that and still have spare resources, consider precious metals as an insurance policy

9) Look after your health!

In the original article, Nicole Foss further explains these recommendations better than I ever could. Below, I give you my take on these steps and what my family is doing.

1) I don’t care if you want to start a business, go to college, or buy a house- “debt is not a tool!” Pay off your debt and do not take on new debt no matter how low interest rates may appear to be. It took us 4 years but we got rid of our mortgage and paid off $60,000 worth of debt. We may not have a fancy house or nice cars but we are better off than 90% of the Americans out there.

You mean renting is better than having a mortgage?? Yes. According to Foss,

There is no safe level of debt to hold, including mortgages. For those who are not able to own a home outright, most would be much better off selling and renting, as real estate becomes illiquid faster than almost anything else in a depression. By the time you realize that you need to sell because you can no longer pay the mortgage, it may be too late. Renting is essentially paying someone else a fee to take the property price risk for you, which is a very good bet during a real estate crash.

2) In an economic depression, “cash is king” as average joes like you and I will not be able to depend on credit to get the things we need.  Instead of focusing on debt and credit, pay attention to your liquid assets.

Be cautious holding short-term treasuries though. The Federal government defaulting on its promises is not as far-fetched as one may think.

3) Our banking system is in trouble and  worse, is based on fractional reserve banking. Don’t think bank runs can’t happen- they can. Proceed with caution.

4) This piece of advice is applicable in a pure deflationary scenario only. While the point of this article is how to prepare for a deflationary depression, predicting future economic conditions is difficult; diversifying may still be wise.

5) Foss talks about stockpiling the basics and items like solar cookers and water filters but we’re taking this step a bit farther. We hope to have a paid-for homestead, full garden, and farm animals for independent food security as much as possible. After that, we plan on experimenting in solar power and off-grid living arrangements (composting toilets, etc.)

6) In my opinion, this is the hardest to achieve but probably the most rewarding piece of advice to follow. If times get tough, you’re gonna want like-minded people to work, trade, and barter with. Don’t rely too much on internet “prepper groups.” Instead you’re going to turn to family members and friends you already know and trust. Invest in relationships with people who actually live near you and will be able to physically lend a helping hand when you need it.

7) For those who wish to preserve their wealth, investing in precious metals is an option but like everything, comes with its own risk.

8) Do you think you’re worth more than your getting paid? That may be a good thing. Employers are strapped for cash and as the economy gets worse, you may NOT want to be the highest paid employee on the payroll, if you know what I mean.

9) My family’s health is something I’ve been focusing on since we became debt-free. I think proper nutrition is paramount and follow the principles of the Westin A. Price Foundation. I strive to cook traditional foods using traditional preparation methods. We try to eat organic, non-GMO, local foods as much as possible.

As with everything, do your own research and come to your own conclusions. But whatever you do, don’t rely on the lame stream news or the government to warn you about economic upheaval and collapse.

by Stephanie at The Wannabe Homesteader.