Over the course of the last years, since the disastrous launch of health care exchanges mandated under the new Patient Affordable Care Act, we have been made privy to something most Americans didn’t believe was possible: that the government of the United States of America is being represented by thieves, liars and sycophants. 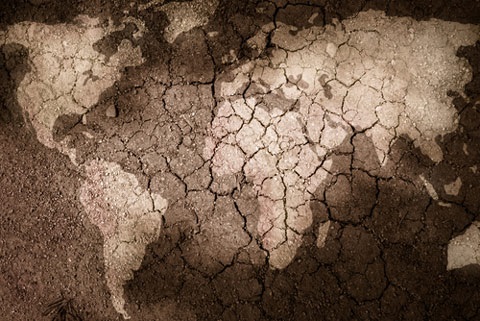 Every promise made by the President and Congressional democrats who supported Obamacare legislation has turned out to be a complete falsehood.

But what’s critical to our future well-being is that we understand that the machinations and conjecture are not restricted solely to the health care debacle. They pervade every aspect of government on the federal, state and local level alike.

We have been lied to on every front, as evidenced by revelations that the Bureau of Labor and Statistics completely fabricated unemployment numbers in an effort to sway the 2012 election results. This is supposed to be an impartial, non-partisan agency whose sole purpose is to calculate numbers, and even that has been hijacked by agenda-driven politicians and special interests.

Whether we’re talking about health care, the economy, personal privacy, or national security, we must assume, unless proven otherwise, that we are being lied to.

Charlie McGrath of Wide Awake News explains the motivations behind this narrative that the majority of Americans simply don’t understand, or worse, avoid at all costs because it would destroy the very foundations of the  fantasy land in which they live.

The lies continue, non-stop. Govern by crisis, offer a lie for a solution, and continue to indebt this country.

You’d better realize that and you better prepare for what’s coming, because inevitably, when this Ponzi scheme of stealing from our future in order to pay for fraudulence now comes to an end it is going to lead to the largest financial collapse this planet has ever seen… and most people are going to be absolutely blindsided by it.

As Charlie notes, no matter how deep one attempts to bury their head in the sand, you’d better prepare for what’s coming because the collapse of our entire way of life is, at this point, inevitable.

Or, you can go on pretending it’s not happening, that government officials care about you, that you’re going to have platinum health care coverage next year, and that tens of millions of people in America are not actually living in a modern day depression.

11 Replies to “Prepare For What’s Coming: “The Largest Financial Collapse This Planet Has Ever Seen””