Well known investor Jim Rogers, who made his fortune during the 1970′s crisis by investing in commodities like precious metals, has long-warned about the calamity faced by, not just America, but the world as a whole. 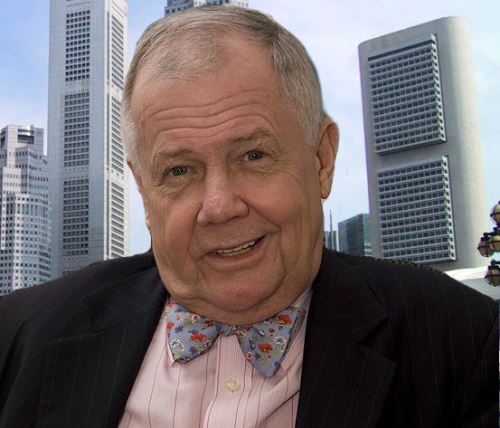 Rogers understands that we are living in perilous times, and that actions by governments, finance ministers and officials across the globe have left us on the brink of a very serious collapse that will end with currency turmoil, food shortages, panic, social unrest and a total shakedown of average citizens.

Now, with Europe having taken the unprecedented step of seizing private funds of depositors, Rogers suggest that time is running short and that those with the means to do so should get ready for the worst:

It’s pretty scary what’s going on in Europe…when they start taking money out of people’s bank accounts. I, for one, am making sure I don’t have too much money in any single bank account anywhere in the world.

So you can be sure that other countries, when the problems come, are going to say… let’s do it too.

…They’re going to go crazy the next time around.

What more do you need to know?

When politicians are saying ‘You don’t have to worry’…

I want to make sure that I don’t get trapped.

Think of all the poor souls that just thought they had a simple bank account. Now they find out that they are making a ‘contribution’ to the stability of Cyprus. The gall of these politicians.

Like his friend and colleague Marc Faber who has recommended farmland and hard assets to protect oneself, Jim Rogers says it’s time to head for the hills. The fact is that Rogers has been a proponent of personal self reliance and farming since before the start of this crisis, having once argued that in the future it’ll be farmers who will be driving Ferraris, rather than Wall Street bankers. Like Faber, who lives in the remote hills of rural Thailand, Rogers also owns property outside of major cities and says hard assets (commodities) will be one of the few safe havens during a major crisis.

As students of history and economics, both Rogers and Faber understand that major cities are not the place to be when modern-day financial and convenience delivery systems fall apart.

Be as far outside of the blast radius as possible. It’s gonna’ get ugly.

13 Replies to “Jim Rogers Warns: Prepare , we are on the brink of a very serious collapse that will end with currency turmoil, food shortages, panic, social unrest and a total shakedown of average citizens.”