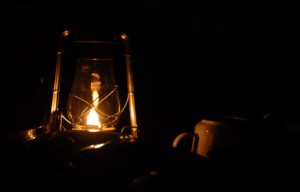 After an EMP attack, life will not be the same.  Society will begin to crumble and law enforcement will no longer be available to help with emergency situations.  One of the most important survival strategies following an EMP event is evacuation.  This could be to a secure bug out location you have previously designated or to an area of the country not affected by the EMP.

Getting to either your bug out location or even to just a less-populated area can prove to be a difficult challenge.  All modern cars rely heavily on electronic components to operate and will be completely useless after an EMP event.  Older vehicles are not as susceptible to complete failure because they rely more on mechanical processes for operation.  An older model vehicle is defined as a vehicle manufactured in the1970s or before.  The simpler the engine, the better your chances of being able to use that vehicle for travel.

If you are fortunate enough to have one of these vehicles on your property, it may be ready to go right away.  Worst case scenario, the battery and starter solenoid are damaged.  These items are only used for starting the vehicle and can be bypassed by pop-starting the vehicle.  If it is a manual transmission, simply hold in the clutch and push the vehicle until it reaches 5 to 10 mph before rapidly releasing the clutch.  In an automatic, keep the gear selector in neutral while gaining speed and then quickly switch it into to drive.  Once the engine on one of these older vehicles is started, the process is self-sustaining.

Even in older vehicles, an EMP could disable the few electronic components that are necessary for operation.  Specifically, these include the spark plugs and the distributor.  These parts are inexpensive and small so it is advisable to keep an extra set of spark plugs and a distributor cap in your survival bag just in case.

If an older vehicle is not present, other modes of transportation might include tractors, gas powered golf carts, or older model ATVs.  Following an EMP it is not guaranteed that any of these machines will be fully functional but there is a good chance that they can help you travel faster than you would be able to on foot.

The technological advances made by society during the Information Age will become serious drawbacks following an EMP event.  Computers, the Internet, manufacturing facilities, and communications all rely on the power grid to function.  Once the power grid has been disabled, all these operations will cease to function.  That means no food on the shelves, no public water purification services, and no law enforcement to keep order.

Scientists have estimated that most humans will only survive for 12 to 18 months after a large scale EMP.  Society has become so dependent on technology that without it, very few necessities are going to be available.  The mass population is not preparing; even the U.S. government is not prepared for the devastating effects of a large scale EMP.

Supply lanes will be halted as they also rely on the power grid.  Unfortunately, society has become so dependent on importing food that many areas cannot sustain themselves for even a week without food from outside sources.  Think about a large city like New York or Los Angeles.  These places have huge populations of people and no agricultural production of their own.  Stores are 100 percent reliant on trucks to keep the shelves full of food and supplies.  Potable water is usually transported from hundreds of miles away into these large metropolitan areas.  These transportation systems require the power grid and without it, millions of people will instantly feel the effects.

Storing your own non-perishable food supplies is an excellent way to avoid the immediate effects of the EMP.  Although your supplies are finite, a couple months supply of food puts you in a position where you can carefully plan your long-term survival strategy.

Water is another concern.  The human body can only survive approximately three days without water.  Without public water supplies, you need to have a large supply of potable water on hand or have methods for purifying your own water.  Boiling, iodine treatments, and constructing a still are all excellent ways to purify water.  Iodine treatment should be considered a short term solution because excessive exposure to iodine is harmful, especially to children and women who may be pregnant.

Every modern home relies on either electricity or fossil fuels for heating.  Some homes even use a combination of both to maintain a constant temperature throughout the structure.  These services are not going to be available following an EMP.  Air conditioning is a luxury that did not become mainstream until about 50 years ago.  It is certainly not a necessity.  Cold weather, however, is responsible for thousands of deaths each year.  Exposure to freezing temperatures can bring the human body to its knees within hours.  Even in desert climate zones, nighttime temperatures can often fall below the freezing point.

Heating your home in a world devoid of modern conveniences is paramount.  You have to look for heating methods that do not require electricity or fossil fuels.  The single best option is to use wood.  In most areas of the country, wood is a plentiful resource and can be used to efficiently heat a home.

The wood stove is the easiest and most cost effective method of home heating.  Available in a variety of sizes and styles, a wood stove provides heat and a hot surface perfect for cooking.  Wood stoves have been used to provide reliable heating for centuries and in some parts of the country are still used as a primary heat source.

In more moderate climates where temperatures remain relatively stable, a wood stove may not be required.  Passive solar heating is often all that is required to maintain a constant temperature.  Solar heating harnesses the power of the sun by allowing as much sunlight as possible into the home through windows during the day.  The insulation of the home holds the heat in during the night.  This type of heating can be used anywhere but in colder climates it should be considered a supplement to a wood stove or other heating source.