The first few days are now over. The panic has died down and cities are starting to organize. Martial law may or may not have been declared, but your city is now your domain. Hopefully all of your family members were at home or near home when the electromagnetic pulse strike hit, or you may never see them again. You are starting to eat the rations that you have. Now what? sit and wait? Not by any means. You need to be constantly preparing for the future. Constantly hunting and fishing. Constantly working on something. 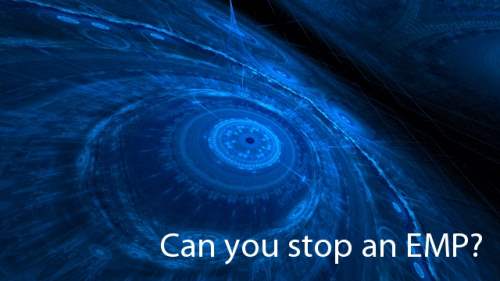 If it is summer, it’s time to start preparing for the winter. Start cutting firewood to keep warm and cook with. Hunt to conserve rations. Try to grow your own crops year round. Hopefully you know what grows in your area, or have a guide that tells you what does and how to grow it. Turn your entire yard into a garden filled with fruits and vegetables. trees are too slow to grow unless you already have them grown. If water is scarce, you might have to dig your own well. Remember that those who work hard need more rations than those who don’t. You must remain an effective worker, so you must eat well. Remember to keep entertained somehow. Play board games with others or read books. Entertainment has a major psychological impact in a survival situation that can greatly help you. Do not expend any physical energy unless it is to help prepare (meaning no more working out, along with other things).

When hunting, look for squirrels, rabbits, possums, and raccoons (raccoons are the smartest and hardest to kill) with a .22 rifle. If you can get a deer or any kind of large game such as a bear, you and your family won’t be able to eat all of it without refrigeration, but don’t let any of it go to waste. Share it with your community, with those working hard and to feed their families and help the community. If there are any livestock in your community, breed them, don’t eat them. At least, don’t eat them yet. Grow the number of livestock before eating them.

If your city is smart, it will start a communal supply of food and water and issue out ration cards. Homes should be searched before receiving a ration card, and if any food is found, it will be added to the communal supply. Ration cards should only be taken if you are really in need of food and are dangerously low. Many cities will not issue ration cards, though. In such a case, self sufficiency is key. You MUST hunt, fish, farm, and forage for food. Food is at all of our fingertips, we just have to have the knowledge and skill to get it. Save your stockpiled rations for emergencies, only using them when you are not able to produce your own food.

It’s starting to kick in that you may never receive the commodities we once had ever again. No more central A/C and heat. No more deodorant or smelling good. No more sweets and candies. No more video games, movies, or TV. It’s starting to click inside your head that America is gone, replaced with a shell of  its former self attempting to scratch out a living, to survive. Help may be on its way, but how long until it gets here? It could be months or years even for help to arrive to some parts of America. coastal cities and ports will be the first to receive help from foreign countries and the navy and coast guard that were away at sea and not affected by the electromagnetic pulse wave.

Attempts to rebuild will be slow, and the United States may never be the same as it once was. The chances are, if an E.M.P. hit, it was from an enemy country, a country at war with us. We will be scarred forever from this event. Hopefully the military can keep out invasions from whoever attacked the U.S. with an E.M.P., and if they don’t, we may have a full scale invasion on our hands as well. Without a doubt other countries will come to our aid in battle to help us. We will be victorious one way or the other, somehow.

America has gone silent. You must learn to survive the silence, to accept it. It is the silence and lack of communication that will drive people crazy, not knowing what is going on, who America is fighting, or who is winning. You must think like pioneers, act like pioneers, and work as hard as pioneers of the old American west did. You will certainly smell like them.