One of the reasons we need to be prepared for an EMP event is due to how long it will take for the country to recover. Whether the power grid is taken out due to a solar storm or an EMP, the predictions on how long it will take us to recover range from a few months to a decade or longer. I can very assuredly tell you that it will be far longer than just a few months to rebuild the power grid. This isn’t just idle speculation on my part, either. The US has commissioned an assessment of the threat to the country from EMP. It’s a very real threat. You can read more about it at the EMP Commission website. One of these reasons is due to all of the large transformers that will have been destroyed. According to the Federal Energy Regulatory Commission, it’s estimated that over 300 of these large transformers would be permanently damaged, either due to EMP or a solar storm (click for PDF). These transformers aren’t made here in the US, they are special order only from overseas. If a EMP or solar storm wipes out the power grids of all the major countries, the US won’t be at the top of the list for replacement. Even if the US were the only country affected, it would take several years to replace these transformers and cost several trillion dollars.

I recently came across this article in Popular Mechanic titled, U.S. Woefully Unprepared for a Blackout Like Indias: Analysis. Though there isn’t anything in it that you don’t already know, it’s a good reference, especially if you’re trying to convince family or friends to start thinking about preparedness.

Though electronics arent damaged in a solar storm event (check out the podcasts for more info on this), they will be if were attacked with EMP. The hardest part about protecting your equipment is simply doing it. A few rolls of heavy duty aluminum foil, some cardboard boxes and a galvanized steel trash can are enough to create your own Faraday cage and protect your electronics from EMP.

Faraday Cages – What Are They?

Basically, a Faraday cage is anything that shields electromagnetic fields from reaching whatever is contained within. They can be large, complicated containers as large as rooms, or as simple as aluminum foil. A Faraday cage is completely protected by metal, preferably copper or aluminum, though steel can also be used. It is named after Michael Faraday, a physicist from the 1800s.

Building Your Own Faraday Cage, Or Faraday Protection Unit (FPU) 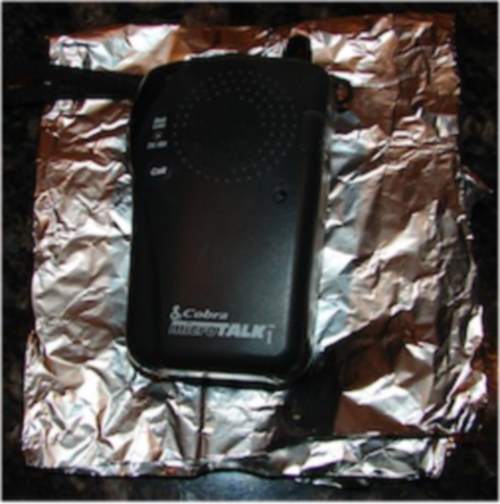 The simplest and cheapest way to build your own FPU is to use heavy duty aluminum foil. By completely wrapping an item in several layers of foil, you can protect that item from the damaging effects of EMP. Keep in mind that every side of the item needs to have a minimum of three layers, so by the time you’re done wrapping it in the foil, some sides may have more than three layers. This is fine, so long as you have no less than three layers of HD aluminum foil between any part of the item and the open air.

By itself, these three or four layers of foil are probably enough to protect your electronic gear, but when dealing with an TEOTWAWKI scenario, there are no replacements, nor second chances, so it pays to do it right the first time. Simply adding more than four layers of foil to the device is probably overkill and may not add anymore protection than the initial three or four layers. However, you can increase the the effectiveness of your Faraday protection by layering, or nesting them.

For example, place your foil wrapped device into a shoe box or other cardboard box that is wrapped in foil, then place that box inside a galvanized steel trash can with a tight-fitting lid. With your devices protected by three layers like this, they’re likely to survive even an enhanced EMP attack with a stronger electromagnetic pulse.

Using an analogy to illustrate this, pretend your teenager offspring has cranked up the stereo in their room. The door to their room is closed, but the music is still loud. The walls and door of this room represent the first layer of shielding; it has diminished the sound level, but its still too loud. You walk outside closing the front door, its softer, but you can still hear it. This is like a second layer of shielding, you can still hear the music, but at least now you can have a conversation with someone. Finally, you go into your next-door neighbors house and, once inside, can only hear the music if you really listen for it. At this point, the volume is perfectly acceptable and no harm is done. 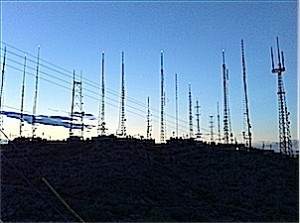 I’ve tested this foil concept by taking an AM/FM radio to a mountain top that has 9,000,000 watts of RF (Radio Frequency) energy being produced by scores of radio antennas. I have a friend that is a radio engineer and he recommended not staying up there any longer than an hour because of all the RF. This 9,000,000 watts translates into approximately 50,000 volts per meter, which is what we can expect in an EMP event. There was so much RF on that mountain that every frequency on the radio had multiple stations because of the bleed over. However, once I wrapped the radio in 3 layers of foil, none of the stations could be heard anymore. This is why I say a minimum of three layers. The fourth layer is an extra precaution to make sure that you have three layers completely encapsulating the device.

I have tried other things for Faraday protection, but most do not work well. When I first started testing, I used a food grade Mylar bag and tested it by putting my cell phone into it. I had heard on the internet that this was A) a good form of protection and, B) a valid way of testing the effectiveness of Faraday cages. Likewise, Ive also heard that using an old microwave oven is also a cheap, yet effective form of protection.

Let me be very clear on this. Neither of these are very good as Faraday protection.

Additionally, using a cell phone to test whether your EMP protection is effective or not. Cell phones work primarily in the 2.4 GHz range, which is also the same range that microwaves and most WiFi operate at. Thus, the shielding in a microwave is specifically tuned to shield these frequencies from getting out, or getting in. When you put your cell phone in the microwave, the signals will be blocked. Now try that with a radio and a strong FM and strong AM station. Youll find that a microwave isnt very good protection at all.

Likewise, a Mylar bag will pass the “cell phone test” but doesnt really work well. When I first tried my Mylar bag, I put my cell phone in it while streaming a radio station over WiFi. After about 30 seconds when the buffer ran out, the phone went silent. When I called it, the phone was not available. Given this, it seems like a Mylar bag would make great EMP protection. Its not, please read on.

The reality of this myth is that cell signals are very weak and easy to block with thin Mylar. The proof of this is that when I place the bag that has the phone inside it close to the WiFi router, the Wifi signal, at only 11 watts, was powerful enough to blast through the Mylar bags shielding properties. Had I placed an AM radio in the bag, I would have easily realized the ineffectiveness of the bag. When I was on the 9,000,000 watt mountain top, I wasnt able to stop the RF with even two Mylar bags. Simply put, Mylar bags make terrible Faraday cages.

There are sites out there that are selling “Faraday Bags” which they claim will protect the items inside against EMP. I cant say that these don’t work, because I havent tested them, but I have my doubts. There are no claims of any testing that has been done on these bags that I can find on these websites. From my own testing of using multiple thick Mylar bags, I’m dubious that these work as advertised. Caveat emptor. If anyone that sells these bags wants to send me one for testing, I’ll test it in the same way I tested the other Faraday protection.