We all know that Obama would do anything regardless the cost in order to get what he wants—but what about break up a nation? During the government shutdown at least 16 states were looking at the potential of being federally shut down and tossed aside by the country. Now that the shut down has passed though, does this necessarily mean we’re safe? 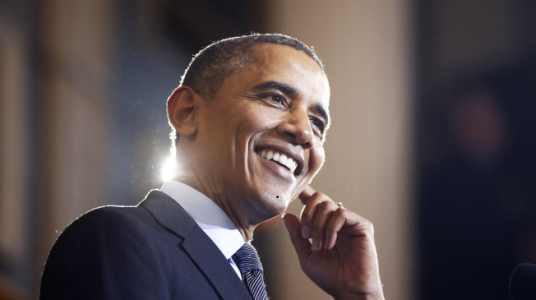 The sequence of events would likely go as follows…

Within seconds of news that the United States missed a payment, almost simultaneously, the stock market and the U.S. dollar would plummet in value.

A super-spike in interest rates would follow in short order.

A gallon of milk would suddenly cost upwards of $100. 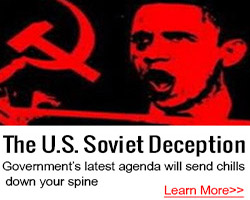 In a panic to protect their inventories, business owners would shutter their doors, triggering widespread looting and chaos.

Then, within an hour later, the federal government would issue emergency notification that its disaster map is in effect.

“The United States of America would look dramatically different,” says renowned global analyst, Karim Rahemtulla, adding that “not every state will survive.”

Check out this incredible way of becoming food independent on Backyard Liberty, and find out more about off-grid survival on Conquering the Coming Collapse.

Now what does Karim mean by that—not every state will survive? Well the country was looked at by the NSA, Department of Homeland Security, and the Federal government in two ways as an acceptable and plausible way to break up.  The need to break the country up is simply explained as a way to save the government money.

Secretary of Treasury, Jack Lew states that, “If we have insufficient cash on hand, it would be impossible for the United States of America to meet all of its obligations.” And in order to remedy this and save the world from economic global chaos, the USA would have to cut its losses—enter (or should I say exit) the 16 states.

The first way they thought to separated themselves from the states they could save the most from was the states with “the biggest TANF, or federal funds to low income families, recipients.”  AKA the lazy states, but unfortunately for the rest of the working class in the state—it stinks to be you as all the people freeloading have effectively made you worthless to the country.

The next way to cut losses would be to cut people with lower Household Median Income. Ironically enough, this plan would seem to resemble a map from the American Civil war.  Of course, if you make less, you pay less taxes and as a direct result, you are worth less to the government, so it will cut all costs being sent to your state.

Now the states aren’t exactly unknowing of this fact as several states have already resolved to leave the country in the occurrence of economic collapse.  States such as Texas, Oklahoma, Louisiana, Colorado, and Arkansas are already flirting with the idea.

Brandon Walker of The Free Patriot explains, “How credible is the threat? Well there are several things that makes this doomsday scenario possible. Number one, the government already has the contingency plan in place and President Obama signed off on the executive order already.”

As the government is already one step ahead already and continues to chip away at the right to bear arms, it’s time to get nervous.  If an economic crisis were to ensue, Obama would have his right to declare martial law—and there you have it–a complete police state with little to no opposition.

What do you guys think—Is Obama capable of this within his last few years in office? Let us know in a comment below!