Native Americans are, perhaps, the best example on the planet of a people who lived solely off the land while protecting it for future generations. They held the belief that we don’t own the land; we are simply borrowing it from our children. 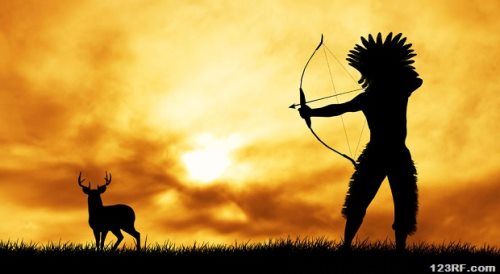 In other words, they lived sustainably, protected their resources, and survived (and thrived) while doing no harm to the planet. This made them survivors of the highest order, so today we’re going to talk about survival skills you can learn from Indian tribes.

It was imperative to Native Americans that no meat be wasted. There were a few reasons for this but the two main ones were that meat was crucial to survival, and wasted meat was a dishonor to both the animal who gave his life and to the hunter who took it. They were masters of preserving meat into jerky or pemmican and it was this that got them through the harsh winters.

The process of making jerky is fairly simple; Native Americans simply cut the meat into thin strips and dried it in the sun. Salt wasn’t used as a preservative like it is now. Fat will make the meat go rancid, so lean cuts are used.

Pemmican is a bit of a different deal. It consists of dried meat, rendered fat, and berries. The berries are optional but add more nutrition and flavor. Dry the meat until it’s crumbly. Grind it into a powder and pour just enough rendered fat over it to make it stick together. Add in the dried berries. Roll it into balls or press it into strips.

Pemmican will keep for years and is a great source of protein, fat, and (if you add the berries) carbohydrates. You can actually live off of just it and water for extended periods of time.

Every part of the animal was used; nothing was wasted, for both practical and spiritual 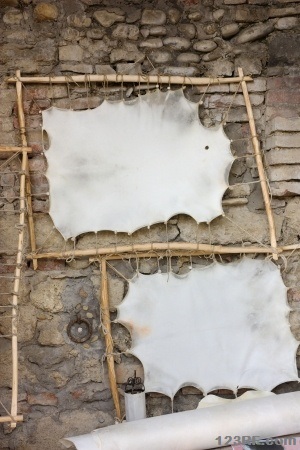 They tanned the hides both with the hair and without it. Though there are many different methods that were used, some steps were common to all methods.

Once hair and flesh is removed and the hide is clean, you have rawhide, which is great for such items as rope, string, storage containers and snowshoes. To make it into leather, it needs tanned and possibly smoked.

To continue making leather, brains (or another tanning agent) are rubbed into the hide, and it’s rinsed. More brains are rubbed it and the hide is stretched and worked while it dries. If not, it will be stiff and difficult to work with. Smoking was used often to make it more waterproof.

To say that Native Americans didn’t have doctors is incorrect, but they didn’t have access to “modern” medical practices and medications. They had medicine men and women who made it their craft to know about the medicinal properties of plants.

Much of this was learned by trial and error and passed down orally from one generation to the next through training and practice.

Plants were also used in spiritual ceremonies to invite the spirits or to attain the proper state of mind in which to speak with them.

Today, you can purchase books about Native American healing practices that pertain to plants and we’d recommend purchasing one. Combine that knowledge with modern medicine has learned about each plant and you may just have a survival plan that doesn’t involve modern pharmaceuticals.

Reading sign can help with everything from tracking animals to predicting weather and was a skill that Native Americans had mastered. Even children could look around and tell a considerable amount about what was going to happen because it was an art form taught practically from the cradle.

Perhaps the most useful skill that you should consider learning is predicting weather patterns based up clouds and animal behavior. Clouds are a great indicator of weather. High, wispy clouds are an indicator of clear weather.

Puffy clouds with flat bottoms that grow higher than their width is a good indicator that a thunderstorm is coming. A ring around the moon is often an indicator of rain, too.

Animal behavior is another “sign” that Native Americans were attuned to. For instance, squirrels gathering large amounts of nuts may indicate a long, tough winter. Horses and other livestock get nervous when bad storms are approaching. There are many books written about this survival skills practiced by Indian tribes, so read up and keep the book handy. 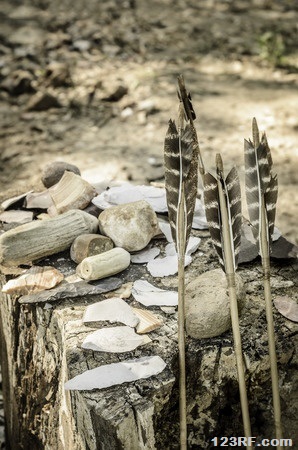 Native Americans didn’t have rifles and other weapons that were effective long-range so they had to learn to approach game and enemies quietly. In fact, the higher echelons of the American military still practice Native American stealth tactics. There are two basic ones that you should master if stealth is your goal: the Fox Walk and using wide-angle vision.

The Fox Walk is how Native Americans walked silently. It’s practiced by wearing soft moccasins or no footwear at all so that you can feel the ground and avoid stepping on twigs or leaves that will make noise.

Your heel strikes the ground first, then you roll your foot forward onto the ball of your foot. This reduces your footprint and noise. The person behind you, if you’re traveling with somebody, places his foot directly where yours was. It’s a slow, methodical way of traveling that preserves energy while allowing you to move quietly.

Wide-angle vision allows you to see inconsistencies and movement rather than focusing on a few visual details. You’re basically training your eyes to use peripheral vision as well as see what’s straight ahead.

Place your hands directly in front of you, then spread them until your arms are stretched out to your sides. Wiggle your fingers; if you can see them, then you’re using wide-angle vision.

Learning to live as part of the land and to survive with stealth was what kept Native Americans alive and thrive for centuries. These are skills that will serve you well in a survival situation, so it’s well worth your time to learn more.

If you know of any other survival skills to learn from Indian tribes, please share them with us in the comments section below. It’s not only a fascinating topic but one that we should all study a bit more if we want to survive any SHTF scenario!

This article was written by Theresa Crouse for Survivopedia.

Theresa Crouse is a full-time copywriter currently living in central Florida. She was born and raised in the hills of West Virginia, where she learned to farm, hunt, fish, and live off the land from an early age. She has an intense passion for all things SHTF-related because she believes that it’s better to be prepared and have nothing happen, than to be unprepared when something does! She prefers to live off the grid as much as possible and does her best to follow the “leave nothing behind but footprints” philosophy. In keeping with her upbringing and her beliefs, Theresa has a large stockpile, cans her own food from her family garden, raises her own livestock and has several different survival plans in place, both independently and in conjunction with her neighbors. For fun, she enjoys shooting, kayaking, tinkering on her car and motorcycle, and just about anything else that involves water, going fast, or the outdoors. You can send Theresa a message at theresa.crouse [at] survivopedia.com.

2 Replies to “Survival Skills to Learn from the Indian Tribes”