The following video clip of Rick Santelli (an editor for the CNBC Business News network) is telling in that he slams America’s ‘Debt-Is-Wealth’ mentality during a mainstream segment on CNBC. Sounds like someone is catching on… 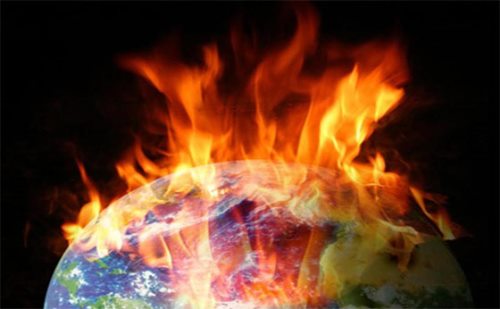 Tyler Durden of zerohedge.com also said that in American society, ‘debt’ and ‘income’ have become increasingly synonymous over the past 3 decades; but as Rick Santelli blasts (commonsensically), “they certainly shouldn’t be.” It appears the average joe has been led to this conclusion by the Central Banks.

Rhetorically asking “where’s the horsepower in the economy coming from?” Santelli reflects on the auto-loan fears and notes that 55% of used cars (and 30% of new cars) are financed by subprime lenders… and rages, “if we continue as a country to fuel our consumerism with debt…” and “Until we start to get the income equation moving, the central banks can’t do enough. ultimately, end game, can’t fuel an economy on debt.”

When somebody has too much debt and cannot reimburse it, how do you bail him out? Obviously by restructuring his debts, which imply losses for his creditors.

But when one lends him more money in order for him to pay back what he owes, he is not bailing him out but rather pushing him in a bigger hole!

The game until now has been to “print” more money and to add more debt on the shoulders on the indebted ones, to gain some time in the hope that growth will resume and reduce de facto the weight of the existing debt burden and the additional new debt issued to support the initial debt troubles.

When debt becomes too big, which it is now the case…the servicing drains all the available cash flows and reduces the growth potential.”

2. Argentina has missed a $539 million debt payment and is on the verge of default.

3. Bulgaria is desperately trying to calm down a massive run on the banks.

4. Last month, household loans in the eurozone declined at the fastest rate ever recorded.

5. The number of unemployed jobseekers in France has just soared to another brand new record high.

6. Economies all over Europe are either showing no growth or are shrinking.

7. A few days ago it was reported that consumer prices in Japan are rising at the fastest pace in 32 years.

8. Household expenditures in Japan are down 8 percent compared to one year ago.

10. Up to 80 billion dollars worth of loans in China are backed by falsified gold transactions.

12. 67.5 percent of the people that are unemployed in Greece have been unemployed for over a year.

13. The unemployment rate in the eurozone as a whole is 11.8 percent.

14. The European Central Bank (ECB) is so desperate to get money moving through the system that it has actually introduced negative interest rates.

15. The International Monetary Fund (IMF) is projecting that there is a 25 percent chance that the eurozone will slip into deflation by the end of next year.

16. The World Bank is warning that “now is the time to prepare” for the next crisis.

17. The economic conflict between the United States and Russia continues to deepen. This has caused Russia to make a series of moves away from the U.S. dollar and toward other major currencies.

18. The U.S. economy shrank at a 2.9 percent annual rate during the first quarter of 2014, which was much worse than anyone had anticipated.

Get the supporting links at TheEconomicCollapseBlog.com

Debt on debt is not going to create wealth. The world is swimming in unfathomable debt.

The question is, Will this global economic system one day go down in flames?