Oh, for the good old days when all you worried about was perhaps getting a pay raise or the size of your medical insurance co-pay.

I’d feel terrible if this came to pass, and I hadn’t warned you, so you should know, the lights may go out at any moment. 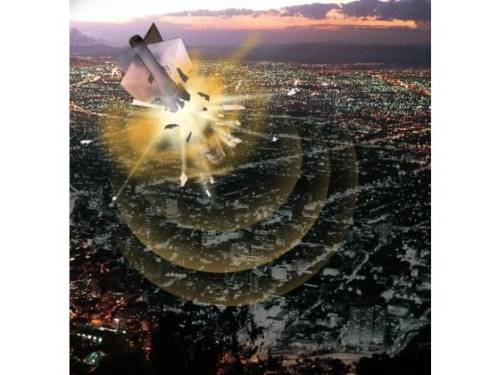 Remember the last time you lost electric power? Darn frustrating, wasn’t it? You couldn’t charge your cellphone. No email. No Facebook. No television. If you opened the refrigerator too long, you risked the milk going bad. Remember the uncertainty? When will the power go back on?

Yours truly spent three days without power last year when a winter storm knocked out electricity in a wide geographic swath. Coupled with freezing rain, it got pretty cold. And dark. For three days.

It could be worse. Terrorists pose an “imminent” threat to the U.S. electrical grid, which could leave the good ol’ USA looking like 19th century USA for a lot longer than three days.

“There is an imminent threat from ISIS to the national electric grid and not just to a single U.S. city,” Pry warns. He points to a leaked U.S. Federal Energy Regulatory Commission report in March that said a coordinated terrorist attack on just nine of the nation’s 55,000 electrical power substations could cause coast-to-coast blackouts for up to 18 months.

Consider what you’ll have to worry about then. If you were uncomfortable watching looting and riots on TV last month in Ferguson, Mo., as police stood by, project such unseemly behavior nationwide. For 18 months.

It’s likely phones won’t be reliable, so you won’t have to watch police stand idly by. Chances are, police won’t show up. Worse, your odds of needing them will be excruciatingly more likely if terrorists attack the power grid using an electromagnetic pulse (EMP) burst of energy to knock out electronic devices.

“The Congressional EMP Commission, on which I served, did an extensive study of this,” Pry says. “We discovered to our own revulsion that critical systems in this country are distressingly unprotected. We calculated that, based on current realities, in the first year after a full-scale EMP event, we could expect about two-thirds of the national population – 200 million Americans – to perish from starvation and disease, as well as anarchy in the streets.”

Skeptical? Consider who is capable of engineering such measures before dismissing the likelihood.

In his 2013 book, “A Nation Forsaken,” Michael Maloof reported that the 2008 EMP Commission considered whether a hostile nation or terrorist group could attack with a high-altitude EMP weapon and determined, “any number of adversaries possess both the ballistic missiles and nuclear weapons capabilities,” and could attack within 15 years.

That was six years ago. “North Korea, Pakistan, India, China and Russia are all in the position to launch an EMP attack against the United States now,” Maloof wrote last year.

Maybe you’ll rest more comfortably knowing the House intelligence authorization bill passed in May told the intelligence community to report to Congress within six months, “on the threat posed by man-made electromagnetic pulse weapons to United States interests through 2025, including threats from foreign countries and foreign nonstate actors.”

Or, maybe that’s not so comforting. In 2004 and again in 2008, separate congressional commissions gave detailed, horrific reports on such threats. Now, Congress wants another report.

In his book, Maloof quotes Clay Wilson of the Congressional Research Service, who said, “Several nations, including reported sponsors of terrorism, may currently have a capability to use EMP as a weapon for cyberwarfare or cyberterrorism to disrupt communications and other parts of the U.S. critical infrastructure.”

What would an EMP attack look like? “Within an instant,” Maloof writes, “we will have no idea what’s happening all around us, because we will have no news. There will be no radio, no TV, no cell signal. No newspaper delivered.

“Products won’t flow into the nearby Wal-Mart. The big trucks will be stuck on the interstates. Gas stations won’t be able to pump the fuel they do have. Some police officers and firefighters will show up for work, but most will stay home to protect their own families. Power lines will get knocked down in windstorms, but nobody will care. They’ll all be fried anyway. Crops will wither in the fields until scavenged – since the big picking machines will all be idled, and there will be no way to get the crop to market anyway.

“Nothing that’s been invented in the last 50 years – based on computer chips, microelectronics or digital technology – will work. And it will get worse.”

Oh, for the good old days.