Did you know that two Russian bombers practiced launching cruise missiles at the United States from a spot in the North Atlantic just the other day?  And did you know that Russia is spending massive amounts of money to build and test new nuclear weapons systems?  Meanwhile, the Obama administration is doing absolutely nothing to upgrade the U.S. nuclear arsenal. 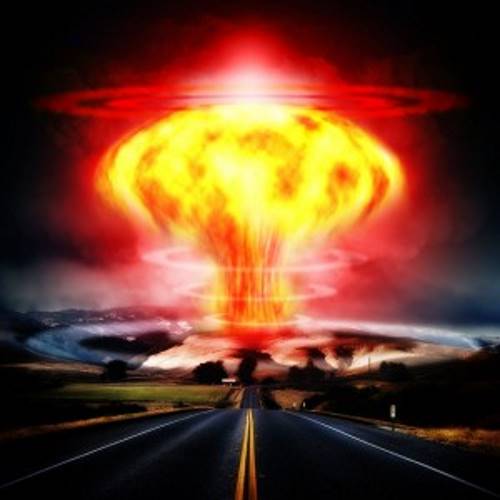 Our nuclear officers are actually still using floppy disks and other computer technology from the 1960s.  The size of the U.S. nuclear arsenal has been reduced by about 95 percent from the peak of the Cold War, and Barack Obama has spoken of even more dramatic reductions.  Obama is snoozing even as a Russian general speaks of the need to “spell out the conditions under which Russia would launch a preemptive nuclear strike” against the United States.  Obama appears to be entirely convinced that a nuclear war between the U.S. and Russia is not even a remote possibility.  He better be right, because we are definitely not prepared for one.

Even with everything that has happened between the United States and Russia lately, most Americans still believe that “the Cold War is over” and that Russia presents absolutely no threat to us.

But Russia is behaving as if the Cold War is still very much on.  You probably didn’t hear a peep about it from the mainstream media, but just the other day a couple of Russian bombers simulated launching cruise missiles at us from the North Atlantic.  The following is an excerpt from an excellent article by Bill Gertz…

The Russian Tu-95 Bear bombers were tracked flying a route across the northern Atlantic near Iceland, Greenland, and Canada’s northeast.

And Russia is spending money as if a nuclear confrontation with the U.S. is a very real possibility.  In fact, Russian President Vladimir Putin has committed to a “weapons modernization program” that is going to cost the equivalent of 540 billion dollars…

He would not elaborate on prospective weapons, but he and other officials have repeatedly boasted about new Russian nuclear missiles’ capability to penetrate any prospective missile shield.

The Kremlin has bolstered defense spending in the past few years under an ambitious weapons modernization program that runs through 2020 and costs the equivalent of $540 billion.

You don’t spend that kind of money just for the fun of it.

Putin is deadly serious about being able to fight (and win) a war against the United States.

Of course nobody on either side actually hopes that such a war will happen.  But most wars are won 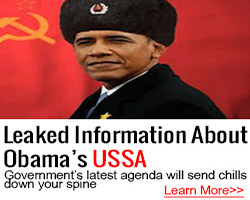 before a single shot is fired, and right now Russia is working very hard to make sure that it will have the best chance possible of coming out on top in any future conflict.

For example, Russian media is reporting that 60 percent of all Russian nuclear missiles will have radar-evading capability by 2016…

Russia’s Defense Ministry plans to complete the rearmament of Strategic Missile Forces within six years.  “By 2016, the share of new missile systems will reach nearly 60%, and by 2021 their share will increase to 98%. At the same time the troop and weapon command systems, combat equipment will be qualitatively improved, first of all — their capabilities for the suppression of antimissile defense will be built up,” Defense Ministry’s RVSN spokesman Colonel Igor Yegorov told ITAR-TASS on Friday.

But of greatest concern is the new generation of nuclear-powered attack submarines armed with long-range cruise missiles that Russia has been developing.

Russia carried out a successful test of its new Bulava intercontinental nuclear missile on Wednesday and will perform two more test launches in October and November, the head of its naval forces said.

The armed forces have boosted their military training and test drills since the start of the conflict in eastern Ukraine, which Russia considers in its traditional sphere of influence.

The 12-meter long Bulava, or mace, has undergone numerous tests, some successful, and can deliver an impact of up to 100 times the atomic blast that devastated Hiroshima in 1945.

Each one of these missiles weighs more than 36 tons and has a range of more than 5,000 miles.

But in a future conflict, they would likely only have to travel a short distance.

That is because Russia has developed super silent attacks subs that are virtually undetectable when submerged.

In a previous article, I talked about how the U.S. Navy refers to these virtually undetectable subs as “black holes”…

Did you know that Russia is building submarines that are so quiet that the U.S. military cannot detect them?  These “black hole” submarines can freely approach the coastlines of the United States without fear of being detected whenever they want.  In fact, a “nuclear-powered attack submarine armed with long-range cruise missiles” sailed around in the Gulf of Mexico for several weeks without being detected back in 2012.  And now Russia is launching a new class of subs that have “advanced stealth technology”.  The U.S. Navy openly acknowledges that they cannot track these subs when they are submerged.  That means that the Russians are able to sail right up to our coastlines and launch nukes whenever they want.

Most Americans don’t realize this, but Russian subs can come cruising right up to our coasts without us knowing about it and launch missiles which will start hitting our cities within just a few minutes.

And if you do not think that this can ever happen, perhaps you should consider what a Russian general said about a preemptive nuclear strike just the other day…

A Russian general has called for Russia to revamp its military doctrine, last updated in 2010, to clearly identify the U.S. and its NATO allies as Moscow’s enemy number one and spell out the conditions under which Russia would launch a preemptive nuclear strike against the 28-member military alliance, Interfax reported Wednesday.

Russia’s military doctrine, a strategy document through which the government interprets military threats and crafts possible responses, is being revised in light of threats connected to the Arab Spring, the Syrian civil war and the conflict in Ukraine, the deputy chief of the Kremlin’s security council told RIA Novosti on Tuesday.

Meanwhile, the Obama administration has discussed reducing the size of our already neutered strategic nuclear arsenal down to just 300 warheads.

Let us hope and pray that we never see a nuclear war between the United States and Russia.

Because if one does happen, there is a very strong possibility that America will not be the winner.

One Reply to “While Obama Snoozes, Russia Is Preparing For Nuclear War With The United States”