Record numbers of people are purchasing supplies and trying to adopt to a more self-reliant lifestyle. Not so long ago having extra supplies was considered completely normal. Raising livestock, poultry and growing your own garden was a lifestyle, not a hobby. A recent survey found that over half of all Americans have less than a three day supply of food in their homes. Many people have no emergency supplies, not even a first aid kit. 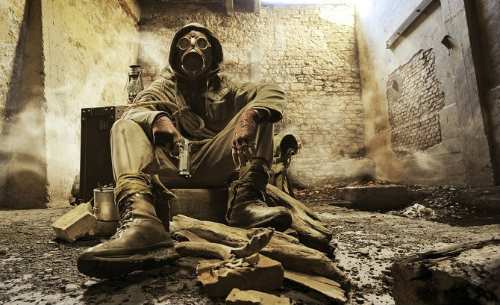 A prepper is anyone who is concerned about not being a helpless victim in case of an emergency. They are primarily concerned about natural disasters, power failure, economic collapse, hyperinflation and job loss. Preppers have a lot in common with the people that lived through the 1930’s in the Great Depression, in that they save, conserve, re-use and try to be prepared for anything. They maintain a long term food supply and can make do at least a few months on the food that they’ve stockpiled. Preppers are the resourceful people in your neighborhoods. Preppers are the kind of people you want to have around if something goes wrong. Not many who call themselves “preppers” would want to be termed “survivalists” however. Many preppers go out of their way to avoid the stereotypes that comes with the “survivalist” label. Prepping is just a new word for a very old way of life.

A survivalist takes being prepared as seriously as the prepper does. Then it’s brought up to another level, with a focus on the complete collapse of civilization. In addition to food and equipment, the survivalist will stock up on guns and ammunition and have a plan for a retreat from populated areas when society collapses. Survivalists believe that there will come a time when they will definitely have to defend themselves, families, food and supplies. The average prepper does have guns and devotes time and energy to self-defense, generally not on the level of the survivalist. Survivalists will be more likely to concentrate their efforts on having a safe stockpiled place where they can retreat to if there are widespread riots and civil unrest. The survivalist is planning for the “TEOTWAWKI” scenario that is known as The End Of The World As We Know It. A survivalist is more prepared to go their own way for the long haul and often by living in the wilds.

Both preppers and survivalists are strongly focused on self-reliance. A prepper or a survivalist think in terms of learning skills to be able to survive while stockpiling the items and supplies that they plan on needing before a change in their living conditions. They share a need for being prepared for a variety of situations and will have survival kits at the ready in case they have to leave. Neither believe that the government will be able to stabilize the threats to our current lifestyle, and they will need to be able to take care of themselves. They look for signs that indicate an event is eminent and have a plan to survive. The fact is that there is not a lot of distinction between preppers vs. survivalists, they have a lot more in common than they do differences. It is just a matter of degrees.

Wikipedia defines survivalism as this:

Survivalism is a movement of individuals or groups (called survivalists or preppers) who are actively preparing for emergencies, including possible disruptions in social or political order, on scales from local to international. Survivalists often acquire emergency medical and self-defense training, stockpile food and water, prepare to become self-sufficient, and build structures (e.g., a survival retreater an underground shelter) that may help them survive a catastrophe.

So the differences between a prepper and a survivalist can at times be a little blurred. Which one better fits your attitude and mindset about being prepared instead of being a victim? How much confidence do you have that you will be okay if things start to come apart? Now that you know about some of the differences between a prepper and a survivalist, you can make your own conclussions. Even if you don’t believe that the end of the world will be happening any time soon, you need to make a choice about how much you will become prepared for any emergency. With America’s infrastructure and world economies becoming more fragile every day, it’s a good idea to stock up, just in case. A good rule of thumb is to do what you can as soon as you can. Don’t be part of the many that will be thinking “I wish I would have done… “

So if you think of yourself as a prepper or a survivalist, the foundation of your belief is the same, being prepared. Make a survival plan that fits your particular needs. There will be a lot of similarity between most survival plans, but it is important to look at your location and budget. At Get Real Essentials we have a wide selection of outdoor, security and disaster preparedness items.