In the survivalist parlance of our times, when we’re using the term “bugout” we’re referring to getting away  from danger after a society collapse scenario or a natural/manmade disaster .Getting away  ASAP from the big bad city if anything nasty happens seems like the right thing to do. After all, who wants to fight with the hordes of hungry and desperate people, not to mention the gangs of criminals, looting and fighting for the last supplies? 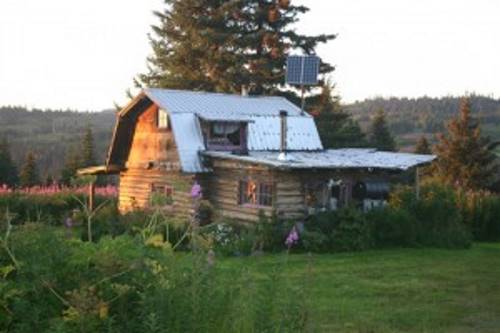 If society collapses, regardless the reason, big cities will look like Dante’s Inferno in no time, mark my words folks (just think about the aftermath  of Hurricane Katrina). And don’t count on the police to help you out if disaster strikes; they will be out there protecting their own families, not you.

Now, if you’re a rational human being  and you’re preparing for the worst, bugging out from your current location implies that you have a place to bug out to in the first place. Also, even if you’re living in a  small city/rural area, if you are within 100 miles from a highly populated city, like NY for example, it would be a good idea to think about a bug out location for you and your family. 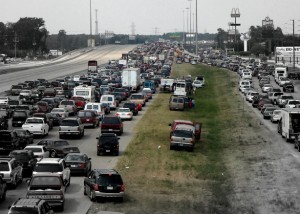 source:www.bugoutsurvival.com
Just think about it :  if shtf, there will be myriads of people leaving the big cities  and heading to suburban areas/rural communities in the proximity  in no time, on foot or by car. Hunger is the most powerful incentive, it started revolutions and it still does, just think about it.  Hard fact : suburbs will be over run as soon as cities go out of supplies.

If you don’t live in a white picket fenced- heavily fortified rural/suburban community, guarded by killer drones and protected by heavy artillery, you should think about a bug out location, just like a city dweller.

Anyway, regardless of your current location, the fundamentals when picking out a bug out location are the same.

Also, you must educate yourself in acquiring survival skills (living off the land, using a weapon, not just owning one, learning the basics of agriculture, you got the picture) along with stockpiling stuff. The Romans had a saying, it goes like this : “Omnia mea mecum porto”, it means “all that’s mine I carry with me”. This should be the motto of any survivalist.

The Best 5 Bug out Locations

– The Mid South and especially the East of the Mississippi River is one of the best places to retreat, if you’re living in the eastern half of the US.  But, you should avoid the New Madrid fault zone (check that thing on google, it covers areas from of Illinois, Missouri, Arkansas, Tennessee), one of the biggest earthquake-happy fault zones in the country.

–The Great Plains is not a bad choice either, especially if you’re into agriculture and growing your own food. Again, you should stay away from the New Madrid fault zone and keep an eye for tornadoes (think Tornado Alley). Population density in the area is low in most parts, and that’s great for a bug out location.

–The Northwest is arguably the best bug out location in the United States, being populated by huge numbers of freedom loving Americans and being blessed with a great number of lakes and  rivers and also with abundant wild life. Think Idaho, Montana, Wyoming, even eastern Washington (not urban places, that’s a no brainer). In lots of areas the population density is low and you can also grow your own food/live stock.

–The Southwest is a good choice if you’re familiar with the area. The weather is warm, there is a lot of space to bug out to and also the people are nice and love freedom. The downsides are the drought and the rampant illegal emigration. Overall, it’s a nice place for preppers.

–The Mid-Atlantic (think North Carolina and South Carolina, the southern area of DC) is another good spot if you’re planning to build yourself a bug out retreat. The landscape is beautiful and the further you go down south, the friendlier people get. 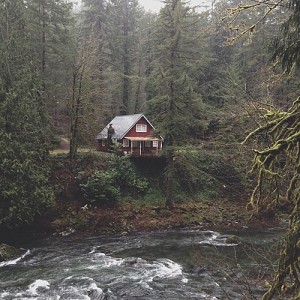 Now, let’s take a look at the fundamentals of bugging-out :

-The location is essential : how far away from your current home is your bug out location, how do you get there in a timely fashion  in case of a disaster and how fast and how safe(you don’t have to rely on public transportation for that), you got the picture. Rural areas are the best and the safest, especially if you have friends there/you’re known in the area.

– If you’ve already decided about the location, what kind of shelter do you have in mind? Can you afford to build a house on that property? You’ll use a tent (that’s a desperate measure)? The answer to that question will determine for how long you’ll be able to stay there (in the winter, you can’t live in a tent for too long, for example).  You can purchase an empty piece of land (that’s cheap) in a remote rural area and start building  up  your “thing”, gradually. In time, you will be able to have a bug out location in which you could survive indefinitely, as opposed to an improvised one that’s only temporary and unsafe. If you can’t afford building a second home, you can use instead shipping containers, a trailer home or an RV , use your imagination. 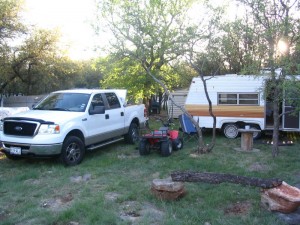 -You must acquire survival skills, living off the land, you know; but not the basics of gardening and hunting (everybody knows that in theory), I mean the practical stuff; that could take years to master, so you should’ve started yesterday. You must know the essentials about your bug out location, like if there is wildlife in the area (stockpiles will not last forever), if the soil can be used for agricultural purposes(is fertile or not), if you have water nearby, if you can have livestock;

-Weather is an element to take into consideration when choosing a bug out location, as you should plan ahead for hard winters in some areas and for natural disasters(flooding, tornadoes) in others.

TOP 5 DANGEROUS PLACES TO BE WHEN AN EMP TAKES PLACE

DEADLY RELIANCE ON TECH: “IF INTERNET GOES DOWN… PREPPERS WILL BE LAST ONES STANDING”

WHY A NORTH KOREAN EMP IS FAR FROM FANTASY

THE QUESTION IS NOT ”IF” BUT ”WHEN”: HOW THE WORLD WOULD LOOK LIKE WHEN THE GRID GOES DOWN

WHAT HAPPENS TO NUCLEAR POWER PLANTS FOLLOWING AN EMP?