The US Government Is Prepping For Unlikely Events

Your run of the mill prepper is likely stocking up on food, water, SHTF gear, guns and ammo for any number of “doomsday” scenarios that may occur – be they natural disasters or man-made catastrophes. 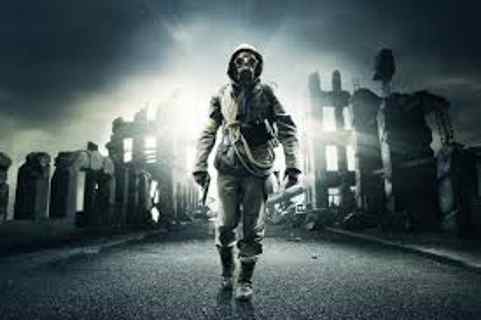 Often times, those who take emergency preparedness seriously – especially longer term preparedness – may be depicted in the media, and perhaps by neighbors, friends and family, as “a little out there.” If they’re not being told to do it through their normal information acquisition channels, chances are that those around you don’t believe it’s real or even possible, thus they take no action, other than to maybe vilify you for your thoughts on the matter.

But, while the majority of Americans may not believe in the very real possibility of the occurrence of far-from-equilibrium situations, the fact of the matter is that the US government has been preparing for SHTF and TEOTWAWKI for decades.

If one had to guess, due to a lack of statistical data, one might say that the single largest preparedness goods and services consumer in the world is the U.S. government. They plan for all sorts of disasters.

We know from reactions to questioning during Oliver North’s testimony over the Iran-Contra affair in the 1980′s that the US government has alternate systems of governance already in place – referred to by some as “the shadow government.” We may balk at the idea of a non-elected government standing by to take over, but from the standpoint of preparedness it only makes sense, doesn’t it?

We also know, for a fact, that the US government has built secure bunkers in the past to protect high value personnel like the President of the United States and other elected officials. This was confirmed prior to and during the September 11th attacks, when President Bush and Vice President Cheney were reportedly transferred to secure, undisclosed locations.

In 2006, the EU and other interested parties commissioned the building of a seed bank about 430 feet above sea level, deep inside a frozen mountain, with the hope being that if the Earth was ever threatened by a large scale catastrophe like climate change, nuclear war or an asteroid, the human population would retain access to the many varieties of fruits, vegetables, herbs and plants available in modern society. The so-called “Doomsday Vault” was built by the EU and other governments quickly and efficiently over a period of 18 months and houses millions of seeds from around the world. The rapid deployment of the vault has lead some to speculate that a global catastrophe is imminent.

In Conspiracy Theory , with Jesse Ventura, we learned that the U.S. government is still engaged in the building of massive underground bunker systems. According to Ventura, one of the largest has been built under the new Denver airport. In fact, the US government is reportedly building so fast and so widespread, that private contractors in the bunker business are having a difficult time obtaining necessary equipment and supplies to continue their developments.

We even have an entire department, funded by taxpayers to the tune of $6 billion per year that is specifically tasked to deal with disaster scenarios. We normally only hear about the Federal Emergency Management Agency (FEMA) during hurricanes, floods, fires and earthquakes, but they are responsible for responding to all major emergencies across the country. According to some, but denied by many, FEMA has even built refugee camps to deal with millions of people who may be displaced in large scale emergencies or during a declaration of martial law.

Anecdotal reports over the years suggest that the largest buyer of freeze dried goods from major freeze dried food manufacturers is none other than the U.S. government. One of our recommended emergency preparedness partners indicates that they serve not only retail customers, but government entities as well, including the Transportation Security Administration, US State Department, and the Department of Homeland Security.

The government is and has been preparing for something, perhaps many things, for decades. The very existence of FEMA and Department of Homeland Security suggests that they are planning for wide a variety of possibilities. To be clear, the fact that they are planning for something doesn’t necessarily mean that it will happen – just that it’s a possibility.

And how far “out there” is the US government when it comes to disaster planning and gaming emergency scenarios?

Consider an October 25, report from AOL News discussing the potential threat from an incoming asteroid. It may be the stuff of science fiction movies for most, but for White House Office of Science and Technology Policy director John Holdren it’s a possibility that cannot be ignored. In a series of letters to Congress Holdren outlines a plan for “protecting the United States from a near-Earth object that is expected to collide with Earth; and implementing a deflection campaign, in consultation with international bodies, should one be necessary.” The plan includes collaborative efforts between governments and militaries around the world in the event that NASA spots an incoming asteroid.

If nothing else, this proves that there are agencies within the US government that dedicate time, money (lots of it) and resources to the study of scenarios that can be considered The End of The World As We Know It.

Those very same people – your neighbors, friends, and family members – who may consider your personal preparedness efforts a little over the top would likely agree that the government spending billions of dollars on emergency preparedness is worthwhile project given the many possibilities for calamity to occur.

The issue, however, is that the government may be spending billions, but they cannot possibly prepare for widescale, total collapse situations where tens of millions of lives are at risk. It is simply not possible.

Our government, even if they tried, would not be able to stock enough food and resources for the entire population of the United States. They can’t possibly respond to widespread catastrophes that may include simultaneous nuclear, biological or chemical attacks on multiple U.S. cities, or an electromagnetic pulse threat from a rogue nation, or even a solar flare that threatens our power grid infrastructure.

The takeaway from understanding that the government is preparing for disasters is to acknowledge that, in an emergency, you and your family may be left floating up SHTF Creek without a paddle. The FEMA web site makes an effort to inform people that each individual should be preparing for emergencies themselves, though most Americans have ignored this, or are simply unaware that the recommendations exist.

In Food and Water in an Emergency (pdf) FEMA makes it clear that they may not be able to provide assistance. “If an earthquake, hurricane, winter storm, or other disaster strikes your community, you might not have access to food, water, and electricity for days or even weeks,” warns the report. The recommendations, similar to those we have made in our emergency preparedness reports over the last couple of years, suggest that everyone take responsibility for themselves, “by taking some time now to store emergency food and water supplies, you can provide for your entire family.”

The US government is preparing for large scale disasters. Are you?