OK, some things have begun to happen, and some very important people in the financial world are getting VERY nervous. If you’re not already well versed in who Gerald Celente is, then Google him and do 20 minutes worth of reading on him. After about three minutes of reading, I’m sure you’ll be sufficiently convinced that Celente takes the term “FINANCIAL GENIUS” to a new level. 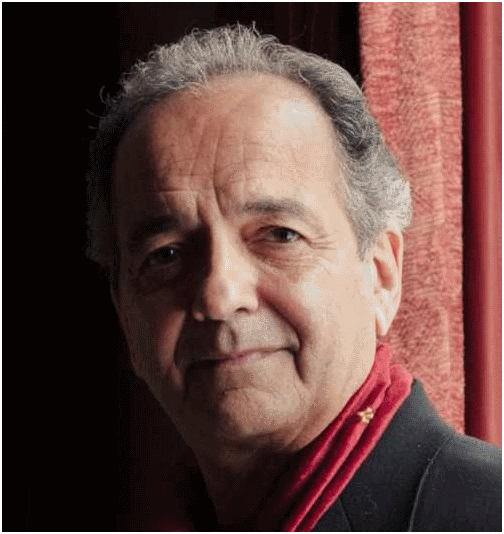 The guy has predicted almost every financial hiccup and crash in his lifetime to the minute it seems like. In my post titled: IF YOU SEE THESE PEOPLE PACKING UP, OR YOU NOTICE THEY ARE NO LONGER AROUND, THEN THE WHEELS ARE ALREADY OFF, AND IT’S ABOUT TO GO DOWN, the author says:

“My insider sources inform me that the same thing is happening in various federal organizations by  those who have recently retired from the CIA, DHS, NSA and FEMA. This fact is indisputable. I have firsthand knowledge of four ex-fed officials and their families who have relocated to safety enclaves when doing so was very disruptive to their respective family’s lives. Increasingly, it is looking like some major event(s) is/are coming and persons with insider information are attempting to remove themselves from harm’s way.

When government officials, from the various alphabet soup agencies, retire en masse, it is not necessarily a noteworthy event. However, when the same officials retire en masse and then relocate to form their own survivalist enclaves, then this is something that we should all sit up and take notice of, especially when we are seeing the same behavior on the part of Wall Street executives.”

Gerald Celeste is ONE OF THE PEOPLE that article is talking about. He is one of the brightest minds in all of finance saying, and he is already saying “IT HAS BEGUN…” So, not knowing what, when, or how fast things may or may not unwind, who’s to say when I take some advice given by a fellow blogger some time ago:

“Some of my very best contacts have told me that it is time to stop warning the people, because it is now time to start hiding from the wrong people.”

With that said, I want to get a few things across right away. First, if you haven’t already, you might want to contact a local OATHKEEPERS near you. Oath Keepers is a non-partisan association of current and formerly serving military, police, and first responders  who pledge to fulfill the oath all military and police take to “defend the Constitution against all enemies, foreign and domestic.”

Something else you might think about if there are people like you close by that you trust and care about nearby is to consider setting up an ORGANIZED COMMUNITY DEFENSE: THEY WILL BE AMERICA’S LAST HOPE! I would also find a few minutes to print and put HOW TO SURVIVE MARTIAL LAW – DETAILED GUIDE somewhere close, or in your “GO” bag. Whoever wrote that guide was not the best writer, because it took me forever to transcribe it and make it read like it does, but what that person lacked in writing graces they MORE THAN make up for with their survival knowledge. Fiinally, if you’ve smart enough to know you don’t know everything and you’ve read this far, keep feeding yourself with knowledge. the following two articles EVERYONE should be REQUIRED to read. They are THAT useful!

The screenshot above from the Facebook page ofTrends Forecaster Gerald Celente TELLS US WHAT THE MAINSTREAM MEDIA WON’T TELL US, the looks on the faces of the business traders in the linked King World News story tells us the rest; the SHOCKING MOVE BY THE SWISS NATIONAL BANK is only the BEGINNING of a much larger GLOBAL MELTDOWN;  there is no recovery; we’re heading towards a global economic collapse. In the video below featuringGerald Celente with Rick Wiles on TruNews, Celente gives us his full analysis for the year 2015 beginning at the 14 minute mark.

Rick begins the program by warning that the wheels are beginning to come off the cart with theSwiss Bank decision, saying that traders were totally unprepared for what was coming: “Complete carnage” one trader said. Sharing that it’s not every day that a country’s central bank pulls the rug out from under so many feet, “clearly people are worried that there’s something bigger afoot.” Warning us that what we’re watching now is only the beginning of the coming ‘economic tsunami’, we’re also asked why the mainstream media is putting out stories about economic recovery while one of Bloomberg’s lead stories is called “Mayhem Erupts On Trading Floors After Swiss Central Banks Remove Cap On Franc.”

From Celente at King World News: So the worst is yet to come and there is no way out. And I would suggest to people as they look around the world at the geopolitical problems that are going on and how so many countries are becoming police states — under the guise of terrorism —

that they ask themselves:

ARE THESE COUNTRIES REALLY AFRAID OF TERRORISM OR ARE THEY AFRAID OF THEIR OWN POPULATIONS THAT ARE LOSING EVERYTHING AND WILL TAKE TO THE STREETS?

BECAUSE THAT IS WHAT WE SEE COMING!

WE SEE A GLOBAL COLLAPSE.

THERE IS NO RECOVERY – IT’S BEEN A COVERUP!

The economic prophet who foresaw the Lehman crisis with uncanny accuracy is even more worried about the world’s financial system going into 2015.

Beggar-thy-neighbour devaluations are spreading to every region. All the major central banks are stoking asset bubbles deliberately to put off the day of reckoning. This time emerging markets have been drawn into the quagmire as well, corrupted by the leakage from quantitative easing (QE) in the West.

“We are in a world that is dangerously unanchored,” said William White, the Swiss-based chairman of the OECD’s Review Committee. “We’re seeing true currency wars and everybody is doing it, and I have no idea where this is going to end.”

Mr White is a former chief economist to the Bank for International Settlements – the bank of central banks – and currently an advisor to German Chancellor Angela Merkel.

He said the global elastic has been stretched even further than it was in 2008 on the eve of the Great Recession. The excesses have reached almost every corner of the globe, and combined public/private debt is 20pc of GDP higher today. “We are holding a tiger by the tail,” he said.

He warned that QE in Europe is doomed to failure at this late stage and may instead draw the region into deeper difficulties. “Sovereign bond yields haven’t been so low since the ‘Black Plague’: how much more bang can you get for your buck?” he told The Telegraph before the World Economic Forum in Davos.

“QE is not going to help at all. Europe has far greater reliance than the US on small and medium-sized companies (SMEs) and they get their money from banks, not from the bond market,” he said.

“Even after the stress tests the banks are still in ‘hunkering down mode’. They are not lending to small firms for a variety of reasons. The interest rate differential is still going up,” he said.

The warnings come just as the European Central Bank prepares a blitz of bond purchases at a crucial meeting on Thursday. Most ECB-watchers expect QE of around €500bn now that the eurozone is already in deflation. Even the Bundesbank is struggling to come with fresh reasons to oppose it.

The psychological potency of this largesse will depend on whether the ECB opts for shock-and-awe concentration or trickles out the stimulus slowly. It also depends on the exact mechanism used to conduct QE, a loose term at best.

ECB president Mario Draghi hopes that bond purchases will push money out into the broader economy through a “wealth effect”, but critics fear this will be worse than useless if it leads to an asset bubble without gaining traction on the real economy. Classic moneratists say the ECB may end up spinning its wheels should it merely try to expand the money base.

Mr White said QE is a disguised form of competitive devaluation. “The Japanese are now doing it as well but nobody can complain because the US started it,” he said.

“There is a significant risk that this is going to end badly because the Bank of Japan is funding 40pc of all government spending. This could end in high inflation, perhaps even hyperinflation.

“The emerging markets got on the bandwagon by resisting upward pressure on their currencies and building up enormous foreign exchange reserves. The wrinkle this time is that corporations in these countries – especially in Asia and Latin America – have borrowed $6 trillion in US dollars, often through offshore centres. That is going to create a huge currency mismatch problem as US rates rise and the dollar goes back up.”

Mr White’s warnings are ominous. He acquired great authority in his long years at the BIS arguing that global central banks were falling into a trap by holding real rates too low in the 1990s, effectively stealing growth from the future through “intertemporal” effects.

He argues that this created a treacherous dynamic. The authorities kept having to push rates lower with the trough of each cycle, building up ever greater imbalances, in an ineluctable descent to the “zero bound”, where monetary levers stop working properly.

Under his guidance, the BIS annual reports over the three years before the Lehman crisis were a rising crescendo of alarm calls at a time when other global watchdogs were asleep. His legendary report in June 2008 openly discussed whether the world was on the cusp of events that might prove as dangerous and intractable as the Great Depression, as it indeed it was.

Mr White said central banks have been put in an invidious position, compelled to respond to a deep economic disorder that is beyond their power. The latest victim is the Swiss National Bank, which was effectively crushed last week by greater global forces as it tried to repel safe-haven flows into the franc. The SNB was damned whatever it tried to do. “The only choice they had was to take a blow to the left cheek, or to the right cheek,” he said.

He deplores the rush to QE as an “unthinking fashion”. Those who argue that the US and the UK are growing faster than Europe because they carried out QE early are confusing “correlation with causality”. The Anglo-Saxon pioneers have yet to pay the price. “It ain’t over until the fat lady sings. There are serious side-effects building up and we don’t know what will happen when they try to reverse what they have done.”

The painful irony is that central banks may have brought about exactly what they most feared by trying to keep growth buoyant at all costs, he argues, and not allowing productivity gains to drive down prices gently as occurred in episodes of the 19th century. “They have created so much debt that they may have turned a good deflation into a bad deflation after all.” – Telegraph.