With currencies being rapidly devalued by their respective governments, the global economy in a slow-down, and tensions over resources heating up around the world, it’s time to start considering the endgame. 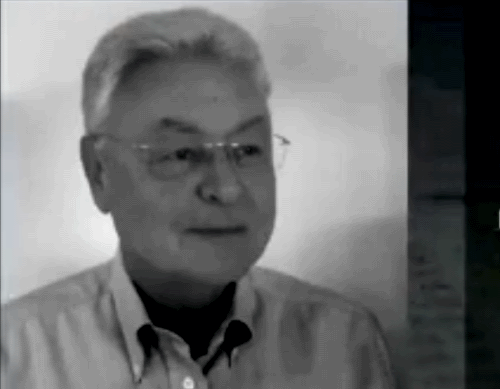 According to billionaire resource investor Carlo Civelli there is likely no way out for central banks which have spent the last several years printing money hand over fist. Over his decades’ long career Civelli has either managed or financed over 20 companies, many of which now have market capitalizations in the billions of dollars, so he knows a thing or two about investing during boom times, as well as busts.

In his most recent interview with Future Money Trends he warns of  an endgame scenario that is nothing short of a total collapse. And here’s the scary part: Civelli says that even gold may not be a safe haven should the worst case scenario play out:

If we all talk about the end game and a scenario of total collapse, I can see the governments telling everybody that your money is now worthless and the bonds you own are now worthless. You all have to take a haircut.

But would they let the people that own gold get away with it? I don’t think so.

In this must-watch interview Civelli shares these and other insights you may not have heard before, along with strategies for crisis-investing that could position you to thrive as the rest of the world plunges into chaos:

We all know the central banks are printing money hand over fist. Hundreds of billions, or maybe trillions are flooding the markets. The ECB, the European bank, is going to do the same here in a week or so.

…obviously the way out of this quantitative easing is very difficult – nobody’s ever done it, and the verdict is still out whether the quantitative easing actually did something good or not. At least it prevented the world from collapsing right now, but what if interest rates really one day have to go back up again to normal levels, and all of these trillions of monies washing around now has to be taken off the market?

Nobody knows what’s going to happen then… But would they let the people that own gold get away with it? I don’t think so.

There is no way out, so let’s live the good times for as long as they go.

like they did during the Great Depression is chilling indeed. But it is certainly a plausible outcome given our history and how far they’ve already gone.

So what options do we have available to us should governments take this route?

You certainly want to make an effort to prepare for a “total collapse” scenario by being ready for the supply disruptions and credit freezes that will be the inevitable result of any currency crash or bond market unraveling. We are seeing exactly this scenario taking place in the Ukraine now, and we recently saw a similar event in Venezuela. Food, gas, toilet paper and other personal items not only exploded in price, but disappeared from the store shelves completely because of supply-line crunches. It’s a scenario that could certainly play out elsewhere as the global crisis accelerates, including right here in America, so having some stockpiles in reserve is not a bad idea.

But what about people with retirement funds, money market accounts or other dollar-based investments?

The way Civelli explains it, even in a collapse scenario business will continue to happen. It’s knowing which assets to hold that becomes the challenge. During the Great Depression, as Roosevelt forced Americans to give up their physical gold, precious metals mining companies exploded in value. Carlo Civelli notes that there are always opportunities available in the resource markets so long as you follow what he has dubbed “The Three P’s.”

So obviously there is a big market out there. The big guys are buying up the smaller ones, which is far easier now than to go out and drill themselves. And that will continue also into 2015, also in the oil industry.

Now, my ideas have always been, and this is an old saying in the market, that the “three p’s” have to be correct. In other words, the price of the stock, the project itself, and the people behind it. That’s the three p’s.

While a total collapse is going to wipe out many companies in the future, especially those whose business is focused on America’s consumption economy of electronics and other widgets, those that provide essential resources like food, oil, and metal ore such as Civelli’s latest venture capital project Callinex Mines will thrive.

We are very quickly approaching the total collapse scenario described by Civelli. The consequences of government machinations and central bank manipulations cannot be avoided. Average Americans, billionaires around the world, and even many politicians know this is a foregone conclusion.

It’s time to prepare for the inevitable.