When it comes to an EMP attack, the question remains “when” not “if” the SHTF. Few other scenarios hold as much potential for disaster and disruption to the lives of everyone in society. At a moment’s notice, 300 million Americans could be made instantly desperate– and even likely to die in the aftermath. 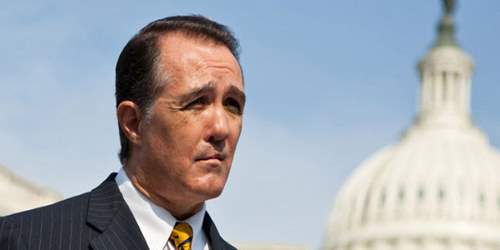 A single event could easily be enough to take down the power grid and render inoperable all the computers and electronic tools that individuals, businesses, banks and governments all rely upon.

Arizona Congressman Trent Franks recently reintroduced a bill intended to provide better security for critical infrastructure, with particular emphasis on the threat posed to the power grid by an EMP – which Rep. Franks points out could occur either naturally from a solar flare or by way of a targeted man-made weapon.

In reintroducing the bill this week, Franks said, “The Department of Homeland Security has the specific responsibility to secure the key resources and critical infrastructure in the United States, to include power production, generation and distribution systems. Yet thirteen years after this job description was enacted, our nation’s most critical infrastructure — and the systems that more than 300 Million Americans depend upon every day for basic activities — are still vulnerable to large scale blackouts.

“Anyone who understands how critical our power grid has become in modern America to feeding our families or keeping our children warm will understand why this act is so crucially important. The Critical Infrastructure Protection Act will enhance DHS threat assessments for geomagnetic disturbances and electromagnetic pulse blackouts which will enable practical steps to protect the vital electric grid that serves America….”

The electromagnetic pulse (EMP) resulting from an extreme solar flare or a targeted nuclear blast has the power to single-handedly wipe out the electric grid, and permanently disable nearly everything hooked up to it, from computers to electronic devices and much more.

Back in September, Frank layed out the consequences of an EMP attack:

Our entire American way of life relies upon electricity and electronic technology. Our household appliances, food distribution systems, telephone and computer networks, communication devices, cars, airplanes, factories, power plants, bank ATMs, even water and sewage plants could potentially grind to a halt without it. Moreover, while much of our critical military hardware is shielded against EMP, our military relies upon our largely unsecured civilian grid for more than 90 percent of its electricity needs in this country without which it cannot affect its military mission.

According to experts, including Dr. William Graham, who was the White House science adviser during the Reagan administration, an EMP attack over the continental United States could render 70-90 percent of our population unsustainable.

Rep. Franks is urging legislation on the basis that Homeland Security is charged with protecting America, yet unable to do so. Failing to guard against an EMP means a threat to civilization itself:

“Passage of this legislation will help the United States prevent and prepare for such an event by including large-scale blackouts into existing national planning scenarios… Most importantly, it requires specific plans for protecting and recovering the electric grid and other critical infrastructure from a dangerous EMP event.”

Continuing, Franks said, “There is a moment in the life of nearly every problem when it is big enough to be seen by reasonable people and still small enough to be successfully addressed. Those of us across America live in a time when there still may be opportunity for the free world to address and mitigate the vulnerability that naturally occurring or weaponized EMP represents to the mechanisms of our civilization. This is our moment.”

Franks echoed the sentiment of former CIA director James Woolsey, who warned that an EMP “could bring our civilization to a cold, dark halt.” As Forbes notes:

Congressional studies quoted by Woolsey estimate that two-thirds of the population would die of starvation, disease, exposure or violence related to social breakdown in the first twelve months alone.

And to make matters worse, we would never even know what hit us, because we would have no means to investigate, to say nothing of respond. Just darkness.

What can you do about the potential coming collapse of civilization?

“Island yourself” from the central grid… that’s former FERC chief John Wellinghoff’sadvice to individuals – preppers if you will – for surviving any grid downs that could occur from an EMP, a cyber attack or other event powerful enough to interrupt the highly vulnerable primary grid.

People are beginning to understand that they need their own

onsite capabilities to island themselves from the grid. That’s because the grid’s external vulnerabilities will continue to be a problem until we do have substantial amounts of distributed generation. I have a solar photovoltaic system that provides 100% of my power needs. I am looking into how I can island myself off the grid. But it is not just me, the military is moving toward micro-grids at all of their bases because they understand the vulnerability of those bases to outages.

In the longer term, Wellinghoff hopes that distributed grids will become a major component of the solution – decentralizing power production at the local and regional level so that system-wide destruction of the main grid would not interrupt local power service. Likewise, targeted attacks on hundreds or thousands or distributed grids by an enemy could occur, but would be unlikely to derail all the power at once.

These distributed grids could generate power through any practical means – conventional sources of natural gas or coal, they could use solar, wind or newer methods of renewable energy… the point is that they are independent and scaled to individual communities (or even individual homes):

The key is that they are located within that particular sub-region and can run even if the there is some cascading failure throughout the main grid. Solar is a good example. If everyone had solar panels on their respective roofs then we could adequately disperse power generation in such a way that it makes nodes practically irrelevant. It is easy to hack into a node and cause it to malfunction but it is basically impossible to hack 10 million solar power systems.

Preppers can take special note here: when major figures in government, science and national security are sounding the alarm over the threats of an EMP attack and the looming failure of the grid, it is high time to make a back up plan:

That is, make preparations to survive with no power or electricity during a short or long term disaster, make plans to protect major equipment or backups with a faraday cage, and, if possible, make or adapt plans to generate at least some electricity using off grid or ‘distributed grid’ networks.

Without picking any favorites, solar may be the most practical option for individuals at this point in time, though solar panels can be quite costly. Anything else that works is also a good option.

Nevertheless, be warned that this could literally happen at any moment. Extreme space weather may be capricious and occur without warning, while those who would benefit from sowing chaos and disaster over the civilized world – or those who seek to gain power in the aftermath of disruptions to ordinary life – could unleash an electromagnetic pulse that would effectively pull the plug without any given notice.

One Reply to “Congressman Urges Protection for Power Grid: EMP Attack “Could Bring Our Civilization to a Cold, Dark Halt””