The federal agencies regulating nuclear power are scrambling to find a solution to a potentially devastating threat: meltdown of nuclear reactors at such plants stemming from an electromagnetic pulse (EMP) attack on the U.S. power grid. 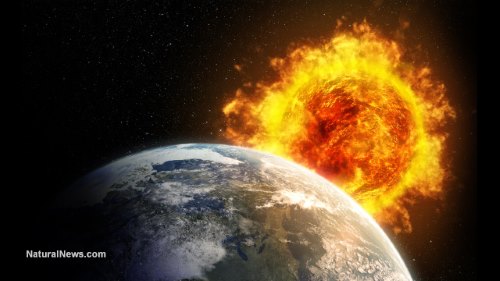 As reported by the Washington Examiner there is good news and bad news surrounding the issue:

The good news is that the issue and proposed fix are easy. The bad news is that there is growing concern that an EMP attack, either from a North Korean nuclear bomb or a solar storm, will occur first.

In particular, federal nuclear regulatory officials are focusing on the cooling pools used to store spent fuel rods that are still very radioactive and could catch fire and explode, spewing radioactive fallout into the atmosphere and across North America.

Federal agencies have said that an EMP attack could disable the nation’s power grid for months. Most plants use diesel-powered generators for backup power to the water pumps in the cooling pools, and there is only about 17 days’ worth of fuel stored at each site.

Some members of former President Ronald Reagan’s “Star Wars” team who are now with the Foundation for Resilient Societies, a non-profit group examining the issue, saw the problem clearly following the 2011 Fukushima nuclear disaster in Japan. Afterward, the group suggested switching from diesel generators to long-lasting solar power.

“That’s when the alarm bells went off,” Thomas S. Popik, president of Resilient Societies said in an interview with the Washington Examiner. There were similar concerns raised after New England’s Pilgrim nuclear facility was forced to shut down during a blizzard.

In response, the Nuclear Regulatory Commission is currently considering the group’s proposed fix, which is rare considering that the agency does not often entertain outside proposals.

“It’s a national issue,” said Brian Sullivan, a proponent of the fix and a retired Federal Aviation Administration investigator. “The NRC needs to change its dangerous course.”

According to its website, the Foundation for Resilient Societies “is dedicated to cost-effective protection of technologically-advanced societies from infrequently occurring natural and man-made disasters. Our primary

mission is scientific research and education.”

“Our current area of emphasis is protection of the U.S. electric grid through the federal rulemaking process at the Federal Energy Regulatory Commission and its designated standard-setting organization, the North American Electric Reliability Corporation,” the site continues. “We also have a pending Petition for Rulemaking at the U.S. Nuclear Regulatory Commission for protection of nuclear power plants during long-term loss of offsite commercial grid power.”

As for the concerns surrounding a man-made or natural EMP burst, they are very real. In April 2014, we reported that several experts around the world say civilians are not ready for widespread, prolonged blackouts that such events would cause.

In May, we reported that an EMP event that knocked out the U.S. power grid could kill up to 90 percent of the population, according to experts who testified on Capitol Hill.

“It strikes at my very core when I think of the men, women, and children in cities and rural towns across America with a possibility of no access to food, water, or transportation,” Rep. Trent Franks, R-Ariz., told The Washington Free Beacon. “In a matter of weeks or months at most, a worst-case scenario could bring devastation beyond imagination.

“The civilian grid, in my judgment, is very vulnerable,” he continued. “Some of the largest transformers, the very largest ones, have an inherent resistance to all but the more intense electromagnetic pulses. But the fact is, we have enough of those mid-range transformers where a major event would be catastrophic.”

In October, we reported that the billionaire CEO and founder of Elliott Management hedge fund, Paul Singer, issued a warning to subscribers of his financial newsletter that an EMP event would spell disaster.