The warnings signs of a coming collapse of the global financial system are starting to appear everywhere. From currency machinations in the United States and Europe to government exercises and simulations preparing the military and law enforcement for widespread civil unrest, it seems that those those in the upper echelons of the global power structure know that it is only a matter of time. 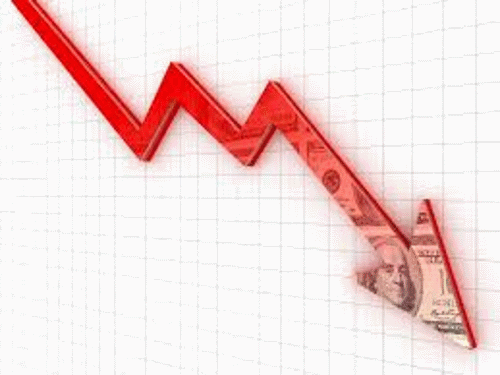 Though the exact path to the next financial crisis is still unclear, there are a host of possible trigger events that could send the system into a tailspin in rapid fashion. The Dollar Vigilante Jeff Berwick, one of the most well known contrarian financial analysts in the world, suggests that the reckoning may come in the Fall of 2015. Berwick doesn’t make forecasts such as this lightly, but as he notes, there are a lot of crazy things going on and it’s just amazing to see all of these things being put into place.

In this must-watch interview with Future Money Trends Berwick holds nothing back and highlights the critical issues we face. He pieces together the larger view of the puzzle, including the thousands of tanks that will be involved with this Summer’s Jade Helm 15 national security exercises, how that relates to global financial markets and economies, and the tendency of the elite to follow spiritual markers such the 7 year Shemitah and numerology. Taking any single event may seem inconsequential on its own, but when considered as a whole, one simply cannot ignore the possibility of a serious calamity taking place later this year.

I think we’re getting very, very close to the next crisis collapse. I haven’t said that since 2008. I haven’t said it’s going to happen this year or next year… I’ve never really been warning that I think it really is now very close and I have been doing that lately… and I’ve actually predicted later this year in September.

There’s a number of reasons why I predicted that date. There are a lot of things going on… a lot of crazy things… to go into it all it’s just amazing how you can see these things being put into place.

Jade Helm, for example, literally thousands and thousands of tanks being lined up Nevada… This is a drill being run from around now to… it ends on September 15th.

A lot of these dates end around September 15th right now… September 13th is something called the Shemitah… which is a Jewish thing… every 7 years you’re supposed to wash all debts clean…  If you look back through history on this date there’s always some major calamity that happens.

I think it [Shemitah] was the 17th [of September 2001]… and on that day was the first day the New York Stock Exchange opened after September 11th and it had it’s biggest falls in history.

Then in 2008 on the day of the Shemitah, which was another day in September…

I don’t know if this is planned… I don’t know what it is… it could be a cult because a lot of these people who run the financial systems and the governments are very into this occult thing… and occult just means hidden… it’s this knowledge they have.

I’m recognizing all these things and I think something’s going to be happening later this year… and even if I’m totally crazy, this system is definitely headed for a collapse, one way or the other.

It’s mathematically baked in the cake.

I think it’s getting so close now… and you brought up people being complacent… it seems like 2006 and 2007 again… A lot of people are ‘hey, the economy is looking good… I guess I don’t have to buy any gold… or prepare… or save any money.’

Complacency is not the place to be right now. You should be at a high level of alert.

The Dollar Vigilante goes on to discuss many global trigger points that could set the whole thing off.

If he’s right, it won’t be long before the next phase of this crisis becomes apparent to the entire world.