With nuclear material having been stolen on multiple occasions in Mexico, and close terrorist ties to intelligence organizations in the middle east, it appears that if an organization was committed to acquiring nuclear material they could do so. Finding the scientists to build such a weapon, whether dirty or actual, wouldn’t be all that difficult. Moreover, smuggling such a device into the U.S. is possible, as evidenced by a 2011 report which confirms that at least one nuclear weapon of mass destruction was seized as it entered the United States. 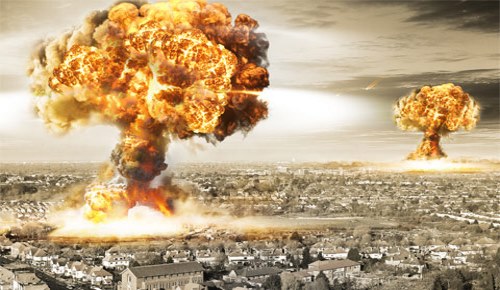 According to a report from Zero Hedge, such a plan may be in the works over the next twelve months, as the Islamic State claims it may be actively pursuing a nuclear weapon intended for detonation on American soil.

Three weeks after the first supposed attack by Islamic State supporters in the US, in which two ISIS “soldiers” wounded a security guard before they were killed in Garland, Texas, the time has come to raise the fear stakes.

In an article posted in the terrorist group’s English-language online magazine Dabiq (which as can be see below seems to have gotten its design cues straight from Madison Avenue and is just missing glossy pages filled with ‘scratch and sniff’ perfume ads ) ISIS claimed that it has enough money to buy a nuclear weapon from Pakistan and “carry out an attack inside the United States next year.”

In the article, the ISIS columnist said the weapon could be smuggled into the United States via its southern border with Mexico.

Curiously, the author of the piece is John Cantlie, a British photojournalist who was abducted by ISIS in 2012 and has been held hostage by the organization ever since; he has appeared in several videos since his kidnapping and criticized Western powers.

As the Telegraph notes, “Mr Cantlie, whose fellow journalist hostages have all either been released or beheaded, has appeared in the group’s propaganda videos and written previous pieces. In his latest work, presumed to be written under pressure but in his hall-mark style combining hyperbole, metaphor and sarcasm, he says that President Obama’s policies for containing Isil have demonstrably failed and increased the risk to America.”

Let me throw a hypothetical operation onto the table. The Islamic State has billions of dollars in the bank, so they call on their wilayah in Pakistan to purchase a nuclear device through weapons dealers with links to corrupt officials in the region.

The weapon is then transported overland until it makes it to Libya, where the muj?hid?n move it south to Nigeria. Drug shipments from Columbia bound for Europe pass through West Africa, so moving other types of contraband from East to West is just as possible.

The nuke and accompanying mujahadin arrive on the shorelines of South America and are transported through the  porous borders of Central America before arriving in Mexico and up to the border with the United States.

From there it’s just a quick hop through a smuggling tunnel and hey presto, they’re mingling with another 12 million “illegal” aliens in America with a nuclear bomb in the trunk of their car.

Perhaps such a scenario is far-fetched but it’s the sum of all fears for Western intelligence agencies and it’s infinitely more possible today than it was just one year ago. And if not a nuke, what about a few thousand tons of ammonium nitrate explosive?

That’s easy enough to make. The Islamic State make no secret of the fact they have every intention of attacking America on its home soil and they’re not going to mince about with two muj?hid?n taking down a dozen casualties if it originates from the Caliphate. They’ll be looking to do something big, something that would make any past operation look like a squirrel shoot, and the more groups that pledge allegiance the more possible it becomes to pull off something truly epic.

Remember, all of this has happened in less than a year. How more dangerous will be the lines of communication and supply a year on from today? If the West completely failed to spot the emergence of the Islamic State and then the allies who so quickly pledged allegiance to it from around the world, what else of massive significance are they going to miss next?

One can, of course, debate just how much the West “failed to spot the emergence of ISIS” considering it was not only the CIA which initially trained the terrorist organization in Jordan in 2012, but according to recently declassified Pentagon documents, the US was well aware the outcome its attempt to overthrow Syria’s Assad would have on the region, in the process “creating” ISIS, aka al Qaeda 2.0.

In other words, even the “hypothetical operation” involving a nuclear attack on US soil would implicitly have the blessing of the US government. Which, considering the way the stock market surges every time the US economy deteriorates further on its way towards recession, probably means that a mushroom cloud appearing in some major US metropolitan area is just what the E-mini algos would need to send the S&P500 limit up.

We have definitive confirmation via declassified documents that the Islamic State is a creation of the U.S. Department of Defense and Central Intelligence Agency, and their influence across the middle east was predicted well in advance of anyone ever having heard the name ISIS or ISIL. We also know that false flag operations, such as the German Reichstag fire of 1933, are often used by governments (or rogue elements within a government) to implement changes to existing political and social paradigms.

It could be that this nuclear threat is a psychological operation designed to elicit fear in the populace so that they go along willingly with legislative actions like the Patriot Act which further erode individual rights in the name of protecting us from terrorism, or to justify large scale military operations on U.S. soil, including but not limited to this summer’s Jade Helm exercises.

Or, certainly within the realm of possibility, is the notion that at some point a rogue terror element, the origination and loyalty of which makes absolutely no difference in the end, is planning on detonating a nuclear device on U.S. soil.

Perhaps this is one reason for why the elite are rapidly investing in secret hideaways. Perhaps they know it’s time to start exiting large metropolitan areas ahead of whatever is coming. Perhaps it all starts with a bang and a mushroom cloud, soon followed by panic, riots, looting, and of course, the unprecedented domestic military response that would be necessitated by a widespread breakdown of civil order.

We can only speculate, but the fact is that another large-scale attack on U.S. soil would usher in a new era in the Land of the Free.

Admittedly, we have delved deep into the rabbit hole of conspiracy theory, but we leave the reader the following quote to consider within the context of this current threat:

The process of transformation, even if it brings revolutionary change, is likely to be a long one, absent some catastrophic and catalyzing event – like a new Pearl Harbor.

At the very least the American people are being psychologically conditioned to accept their own enslavement. At worst, an event such as this would be used to plunge the world into the next great war. 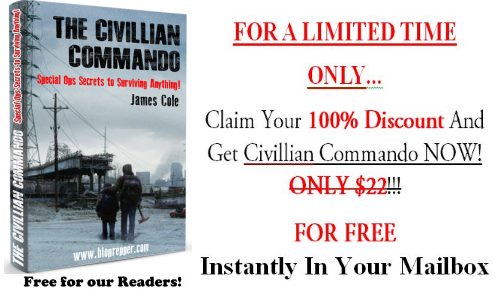