It’s bewildering.  Pathetic.  Frightening.  And it seems that the mainstream media avoids talking about it for fear that Americans will panic.  Well, Americans ought to be panicking — anything to get them to bang on Congress’s door and force our representatives to immediately act on the pending legislature now in Congress called the SHIELD Act — a bill based on the previous HR 5026 — that unanimously passed in the House of Representatives on June 9, 2010. 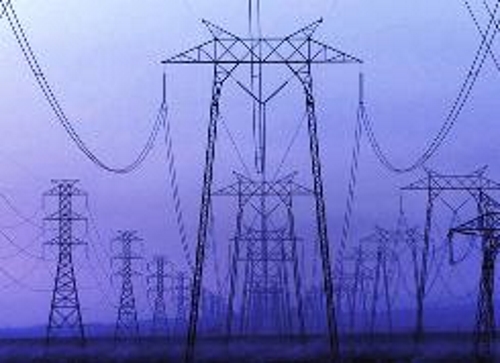 The disaster I am referring to is an electromagnetic pulse (EMP), which can easily be caused either by Mother Nature as a geomagnetic solar storm or by an enemy with a low-cost, short range, ship-launched missile armed with a nuclear warhead.  The national consequences of an EMP destroying our electrical grid are far-reaching, with long-lasting, continent-wide crippling effects to our electricity-dependant infrastructure.

At the press conference organized by EMPactAmerica on September 23, 2011, this dangerous threat to our national security was exposed for what it truly is — the most likely event to happen to the U.S., naturally or man-made, that has the potential to bring the country to its knees.

The National Academy of Science points out that protecting the grid against this threat is critical, and getting a bill passed is necessary to do that.  An EMP, if not deflected, will shut down and paralyze our country.  Just think about the role electricity plays in water, food, heating and cooling, communications, transportation, distribution, the economy and banking.  Congressman Roscoe Bartlett, who made a statement on the floor of the House in support of the HR 5026, told Congress that an EMP attack would create $1-$2 trillion in damages and take four to ten years to recover.  The truth is that within one year we would no longer be a sovereign nation.

The HR 5026 that passed in the House was stalled in the Senate during the lame-duck session.  More recently, Congressman Trent Franks introduced the SHIELD Act, which goes beyond HR 5026 — i.e., requiring an automated protection plan and hardware-based solution to be developed within six months.  EMPactAmerica points out that Americans need to get Congress to focus on this immediately.

The EMPactAmerica conference “Standing Up to Ahmadinehad: Military and National Security Policy Experts Call on President Obama to Confront the Iranian Threat” presented the undeniable fact that the Iranian regime is prepared to use its nuclear weapons in the form of an EMP detonation in the skies 70-100 miles above “the great Satan” and to do so without attribution.  A panel of ten EMP and terrorist experts spoke to an audience of concerned reporters and involved activists with the hope of stimulating awareness, discussion, and action.

The panel was extremely impressive.  Opening remarks came from EMPact’s president, Dr. Peter Vincent Pry, Director of the U.S. Nuclear Strategy Forum.  He pointed out that “we are so vulnerable with this threat because we are unprepared.”  Therefore, “it is not acceptable for Iran to be allowed to build nuclear weapons.”

Lt. General Thomas McInerny, retired Air Force and member of the Iran Policy Committee, advised that we must have a strategy to hold nations accountable that sponsor or allow terrorists to live in their nation and deter them from doing so.  He confirmed that Iran is at the heart of most attacks through proxies like Hezbollah, Hamas, al-Qaeda, and others.  “The Iranian regime likes to keep their ‘fingerprints off’ while spreading propaganda, money and weapons to others ready to do the killing and dying for them.”  Brigadier General Kenneth Chrosniak, retired, U.S. Army War College, Bronze Star recipient, added to the discussion that “we must plan for the worst-case situation, and we are not being told about the worst threat in the forefront of America.”

Sitting next to Kenneth Chrosniak was a masked man with several bodyguards.  He announced his name: Reza Kahlili, the well-known ex-CIA spy from the Revolutionary Guards of Iran.  Reza Kahlili is presently an instructor at the Joint Counterintelligence Training Academy of the Department of Defense, and he is the author of A Time to Betray.  The audience cheered.  Mr. Kahlili clearly stated that “Americans do not understand the ideology of the radicals in Iran who want to conquer the world[.]  They are an existential threat to Israel, America, and the world … they see the weakness of America as a symbol of Allah empowering them with nuclear capabilities[.] … [W]e must support the Iranians people fighting for freedom through regime change … this will halt the Iranian threat to Western civilization.”

Ken Timmerman, CEO of Foundation for Democracy of Iran and author of Countdown to Crisis: The Coming Iranian Nuclear Showdown, spoke passionately about the total ineffectiveness of sanctions against Iran because they are not enforced.  Lieutenant Col. Tony Shaffer, retired, U.S. Army, Bronze Star recipient, and Senior Intelligence Officer in the Defense Intelligence Agency, spoke out about “not being able to stop 9/11, but committed to stopping this threat.”  An EMP will be Iran’s best way to “economically destroy our way of life by taking out large portions of our infrastructure.”

As if these spokespeople weren’t enough to convince anyone of the importance of the SHIELD Act, there were four more panelists that added further convincing arguments.  Claire Lopez, strategic policy and intelligence expert on national defense, Islam, Iran, and counterterrorism issues, explained that Islamic ideology as written in the Koran drives the Iranian regime to create “proxy” terrorists in other countries, including bases in Venezuela, and weapons-smuggling in Mexico, along with supporting the Muslim Brotherhood in Egypt.  “Iran prefers proxies, and they are united with the same sharia ideology.”  Chet Nagel, former CIA officer, author of Iran Covenant,suggested that “[t]he military solution is to use EMP against Iran, but with President Obama it will be unthinkable.”  Therefore, “make the 2012 election count in America’s interest.”

We also heard from Tim Brown, a retired, twenty-year decorated FDNY firefighter, 9/11 survivor, and first responder to the WTC attack in 1993 and to the 1995 attack on the Federal Building in Oklahoma City.  He emphasized that there “is no excuse for us to be so vulnerable.  The cost of transformers to protect the grid is inconsequential and would give us a fighting chance.”

Peter Huessy, President of GeoStrategic Analysis of Potomac, Maryland, a defense and national security consulting firm, presented the cost for a “grid insurance’ system that is being tested this month and will be ready to go shortly after.  The numbers are relatively low in the face of the astronomical losses an EMP attack would deliver to the US.”  About $60 million to protect the three hundred largest transformers immediately, and $400-$600 million to additionally protect three thousand others.  These are one-time costs for equipment that bolts down, plugs in, and immediately works to protect against all forms of electromagnetic storms and nuclear EMP effects as well.”

All I can say after listening to this panel is that the Obama administration would be much wiser to invest American taxpayer dollars in our national security than it is having issued loans to Solyndra for solar panels!  With such a simple solution possible, it is unimaginable that the grave threat of an EMP in America is not being talked about in every news medium, not to mention how the public should be demanding that the SHIELD Act be passed immediately.

Dr. Pry summed up the conference with three concepts he feels are necessary for our national security strategy — “Missile Defense, Iranian Regime Change, and Military Actions” — and then ended with the slogan of EMPactAmerica: “Prepare.  Protect.  Recover.”  So, Americans, let’s make our voices heard by demanding that our government protect us by insuring the grid!

One Reply to “EMP: The Greatest Threat to America, and What We Can Do about It”