Theoretically, space and the orbit around Earth is a peaceful place, and the world wants to keep it that way.

But in practicality, it is the subtle front of modern warfare, where exotic weaponry and high tech gadgetry are used to operate systems on the ground, and assert dominance over the spheres of the planet. And tensions are running high. 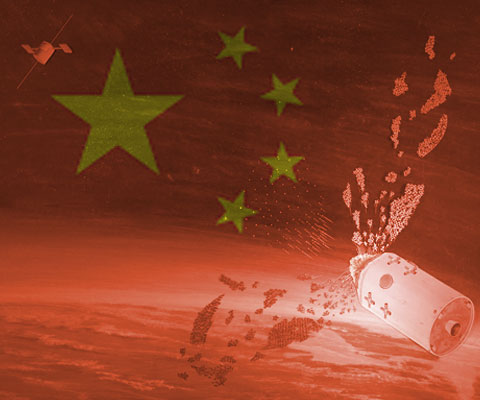 The Pentagon has issued an alarming new report to Congress that identifies several secretive and publicly unknown projects under development in China that it perceives to a be an attempt to militarize space and undermine U.S. military and strategic interests.

In particular, the Pentagon report concerns the use of anti-satellite space weapons, which is has not been forthcoming to the public about:

The Pentagon has declared “China possesses the most rapidly maturing space program in the world.” […] Among the key issues are the Chinese regime’s experiments with space weapons. It has tested several of these, and has consistently told the public that it was testing something else.

The report is particularly concerned with China’s use of directed-energy weapons, satellite jammers and other technology that can be used to take out the communications grid and weaken U.S. military positions:

Such programs are of particular concern for the United States. A significant part of modern military power relies on satellites—from GPS and communications, to early warning systems.

The Chinese regime’s development of weapons designed to disable or destroy satellites, the report states, are “inconsistent with China’s public statements about the use of space for peaceful purposes.”

The most notorious of these tests was in January 2007 when the Chinese regime launched a rocket and destroyed one of its own satellites. Today, however, its space weapons have gone far beyond rockets to include directed-energy weapons and satellite jammers.

There has also been concern about “small maneuvering satellites that can attack orbiting satellites” under development by China.

China’s previous demonstration of its ability to destroy one of its own satellites in orbit has already been seen as a direct threat to American interests in space, which in turn control communications, navigation and weapons technology. Now, the latest Pentagon report has gone so far as to label China as a military threat – a sensitive declaration that diplomats and politicians have been all too reluctant to do.

The report claims secretive Chinese pursuit of these aims have included “military writings” about the need to destroy and damage satellites in effort to “blind and deafen the enemy.”

Its military writings, however, “emphasize the necessity of ‘destroying, damaging, and interfering with the enemy’s reconnaissance … and communications satellites,’” the report states. The statements suggest, it notes, the Chinese regime may be targeting navigation and early warning satellites, for programs “designed to ‘blind and deafen the enemy.’”

If defense posturing by the Pentagon is to be taken at face value – as they report to Congress, who authorize their funding – this high tech militancy is much more alarming than anything ISIS or small potato terrorist groups are doing on the ground.

That’s because China appears to be targeting the U.S. directly:

“Soon every satellite in every orbit will be able to be held at risk,” Raymond told the website Breaking Defense.

The Chinese regime categorizes its anti-satellite weapons with its little-disclosed “Assassin’s Mace” and “Trump Card” weapons. A report from the National Ground Intelligence Center, declassified in 2011, states “These modern Trump Card and Assassin’s Mace weapons will permit China’s low-technology forces to prevail over U.S. high-technology forces in a localized conflict …”

Russia is also believed to be building up a space weapons program.

Behind the scenes, there has been work for many years on ratifying and finalizing an international treaty banning the weaponization of space.

But the superpowers of the planet are hardly ready to yield control over their positions.

The United States has opposed draft treaty introduced jointly by Russia and China in 2008, and updated in 2014, on grounds that the two Eastern bloc nations are secretly building up arms in space. Objections to such a treaty are significant inside the Defense Dept.:

‪“The Chinese and Russians have no interest in actually abiding by any international treaty that limits the militarization of space, but they are keen to get the United States to tie itself in knots over one,” Tkacik said.

Additionally, the space arms ban treaty is part of Russian and Chinese efforts to attack U.S. and allied missile defenses, which are heavily reliant on space sensors and weapons.

Additionally, “Russia is certain to cheat on any space treaty,” Schneider said. “They have announced that they are developing ASAT weapons. Moreover, they may be developing space offensive weapons.”

The Soviet Union in the 1960s deployed a nuclear space weapon system called the fractional orbital bombardment system. It used an orbiting strategic missile in low earth orbit that was designed to de-orbit and attack the United States by transiting southward from the South Pole to avoid radar detection.

Russian military writings have indicated recently that Moscow may revive the orbiting southern polar missile attack system. Analysts have said that in addition to providing Moscow with a first-strike space nuclear weapon, the system could also be used in a devastating electro-magnetic pulse attack over U.S. territory that would destroy all electronics over a large area. 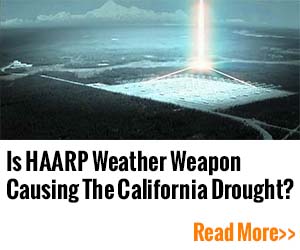 It would appear that the Cold War has officially be revived, with China as a new player.

Among other things, it gives credence to concerns about a deliberate EMP attack by an enemy determined to knock out the grid and disable the population of the United States. Many Defense Dept. and Homeland Security officials are now stoking fears of the potential catastrophe, while the military is re-fortifying Cheyenne Mountain in preparation to shield military operations from such a major scale event.

Whether such a thing would actually happen is up for debate.

Best to bunker down, and get ready for all eventualities.