Trust your instincts instead of blindly following ‘the rules’, or ‘orders’ from authority figures during a disaster. While this message has no ill intent towards emergency responders, the fact is that YOU are responsible for YOU. 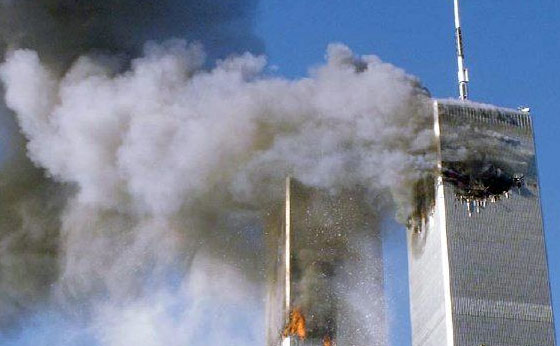 While most people are ‘followers’ and will quickly ‘fall into line’ or ‘snap to attention’ when an ‘authority figure’ dominates their psyche, apparently all too often these same people will subsequently stop thinking for themselves – as though they are now ‘saved’ and someone will take care of the situation for them. Please don’t be one of them. Instead, continue to think for yourself. It’s still a (somewhat) free country and you can take responsibility by the reigns and ride that horse all by yourself…

Here are a few tragic examples of what I’m talking about:
In the World Trade Center disaster, many people who were used to following the rules died because they did what they were told by authority figures.

An employee of Aon Insurance Company on the ninety-third floor of the south tower had begun his escape but returned to his office after the security guards made a general announcement that the building was safe and that people should stay inside until they were told to leave. Before he died, he spoke to his father on the phone. “Why did I listen to them — I shouldn’t have.”

Another man, an employee of Fuji Bank, actually reached the ground floor lobby, only to be sent back in by a security guard. A third worker called a family member and recorded a final message on the answering machine “I can’t go anywhere because they told us not to move. I have to wait for firefighters.”
The examples above (sourced from the book, Deep Survival) are tragic. These people had already made the decision to get the heck out of there because their gut instinct was telling them to leave the building. However they immediately lost their conviction when one man told them to stay. Was it because the man was wearing a uniform? Was it the uniform? Or was it the probable forceful manner (Type-A?) in which the orders were being given (no doubt there was extreme stress during that time)? Did those who turned back actually believe that if they walked past – that the security guards (for example) would chase them down? Did they forget that they had free will in a country that’s mostly free to move about?
It is interesting (at least to me) how the apparent majority of people are seemingly afraid of authority figures, and are easily put under their thumb (so to speak). I am not advocating a rebellious attitude, but I am suggesting that you continue thinking critically while in a situation where you may be in potential danger. Trust your intuition. Sometimes only YOU can save YOU…
Do you have any examples to share regarding how following your own gut instinct turned out better for you rather than having followed or obeyed a command or order or rule from ‘authority’?