This article was written by Dave Hodges and originally published at his Common Sense Show website.Editor’s Comment: The whole system is built on fraud, it is threatening to topple at any moment, and there is no telling exactly when that moment will be. All the king’s horses and all the king’s men could continue to prop it up for years, but sooner or later, it will crumble, then collapse, and take down nearly everyone with it. 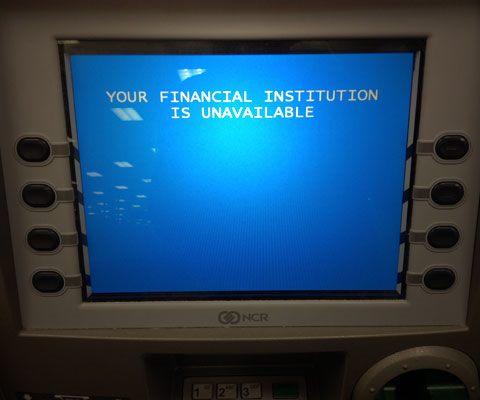 The time was yesterday for preparing for the worst, according to your own needs and budget. The best idea is to steadily and gradually built that resilience up with supplies, skills and a network of a handful of trusted associates. Take heeds, the warnings are coming rapidly now.

You Will Soon Lose Everything You Own Unless You Act Now!
by Dave Hodges
“Conspiracy theorist”

Have you ever sat in a room and couldn’t figure out why people were laughing? They laughed and laughed and laughed as your curiosity grew and grew. And then, suddenly, you realized they were laughing at you! This is what is happening to all Americans. We have been robbed blind and we have scarcely noticed. Now, our very existence is being threatened and people laugh at you for talking about it as they call you a “conspiracy theorist”, “fear-monger” and “the purveyor of doom and gloom”.

I was roundly criticized when I said the Cyprus bail-in scenario was coming to the United States. I was told there would be a revolution if this happened and the government would be too afraid to try such a thing and that we would have 100 million Americans in the street who would be heavily armed.

Listening to these sheep is like listening to a country song played backwards. You know  the song where the wife does not leave, the truck still runs and the cowboy stops drinking. Maybe it is all the fluoride in the water that is causing such widespread ignorance and apathy.

The globalists are preparing to steal everything you own, they have rehearsed for this day, they are on a timetable to carry this plot out and they are laughing at our collective stupidity! 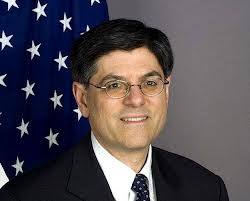 The American people have been through several beta tests related to our private wealth being confiscated and no resistance was offered by the sheep of this country.

The first of the beta tests included the hijacking of our money in the bail-outs. Amazingly, the people just continued on like business as usual as then ex-Goldman Sachs head and then Secretary of the Treasury, Hank Paulson, oversaw the literal stealing of trillions of dollars of the nation’s money by the criminals on Wall Street.

The MF Global debacle stands as a second beta test in which secured investor accounts were stolen by the friends of Don Corzine at JP Morgan. Despite the fact that the stolen money sat in secured accounts, was ostensibly protected by the Securities and Exchange Commission and insured by the FDIC, over a billion dollars was stolen and nobody went to jail. I can still hear the bankers laughing at the collective impotence of the people of this country.

Attention Federal Employees: This man is stealing from you as you read these words.

The appointment of criminal Jack Lew to head the Secretary of the Treasury and nobody cried foul, was the third beta test. Jack Lew was one of the biggest criminals on Wall Street. While at Citigroup, Lew oversaw 113 tax evading accounts in Cayman Island banks.   Based upon Lew’s resume, hedge funds for Citigroup where he lost almost 600 million dollars, one can only assume that is why Obama has appointed Lew to finish the job which will leave you and I with nothing. Obama may as well have appointed Al Capone and Capone stole far less money than Lew. But wait, there’s more dirt on Lew. Jack Lew, from Citigroup, was an overseer of hedge funds. You know, the hedge funds originating from the actual criminals that collapsed the economy back in 2008. This is who Obama selected to run the economy. Throughout 2013-14, Lew announced that the government was taking the unprecedented action of avoiding governmental default through this summer by including tapping into and 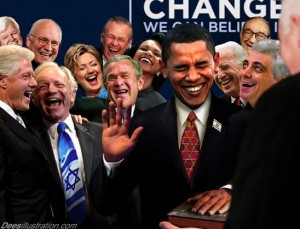 suspending investments into the Civil Service Retirement and Disability Fund and halting the daily reinvestment of the government securities (G) fund, the most stable offering in the Thrift Savings Plan‘s portfolio. This means that when the run on the banks begins to happen, Lew and fellow criminals will move steal all retirement accounts. The handling of these Civil Service retirement accounts was merely a beta test and the sheep remained asleep.

Everybody gets the joke but the American people.

While we are counting the ways that the American people have been ripped off by the bankers, let’s not forget to mention the MERS mortgage fraud in which millions of homes have been stolen because mortgage holders have paid the wrong title company because their note has been sold so many times that nobody knows who really owns the note to our homes! And let’s not forget about the Federal Reserve that spent two years buying up mortgage backed securities to the tune of $40 billion dollars a month and that money was obtained from printing money out of thin air which made our money worth less. Very soon America, our money will be worthless.

In November 2014, Bankers Declared Stealing to be Legal

I almost forgot, on November 16, 2014, the G20 nations declared your bank account to NOT be money therefore, your FDIC insurance is invalid and your bank account, when seized, will go to pay the derivatives debt.

Six days prior, the G20 nations, meeting in Brisbane, Australia, declared that the banks own your money when you deposit your paycheck. Subsequently, every time you make a deposit in the bank, you are donating a gift to the very people who stolen our children’s economic future.

While the bankers are laughing at us, I can hear the sheep saying “That will never happen here” and “You are a conspiracy theorist”, “You are fear-mongering” as the bankers collapse to the floor in laughter at our collective stupidity.

When will the economy collapse to the point that even the Federal Reserve will be helpless in finding temporary band aids designed to keep this sinking ship afloat?

Dates are impossible to predict and anyone who does so is engaged in a fool’s errand. However, there is a timeline that is emerging that we might all want to pay attention to. There are eight events, which will happen in succession, that will result in the economic destruction of the United States.

1. The collapse of the Greek economy and government. This is well underway.

2. The collapse of Spain. This even is in process.

3. The collapse of Italy. Italy will quickly follow Spain’s collapse.

4. The collapse of Ireland. Ireland is hanging on by a thread.

5.  By this time, the American economy is reeling. Shortages begin to appear in the United States. Civil unrest grows. Restrictions on bank withdrawals begin to appear. The government will more than likely outlaw the selling of gold to private parties as they want to lock you into their system and cut off all avenues of escape. The outlawing of gold will take place when the elite have horded as much as they can. A wise man would accumulate gold and hide it. After the collapse, you would own a King’s ransom.

6. The bankers will make their move on all American assets when the European Central Bank begins to buckle. With Germany teetering on the proverbial economic cliff, our demise cannot be far behind.

7. There will be a false flag in order to justify the implementation of martial law and the theft of nearly everything you own.Jade Helm is still operational and growing in scope by the day.

8. Dissenters will be quarantined, or worse, in FEMA camps.

Dominoes #1 through #4 will happen very quickly.

Let’s calculate the damages to the American people. Our homes are being stolen through the MERS mortgage fraud with impunity, our tax revenues have been stolen through the bail-outs, the Federal Reserve is debasing our currency as they are printing money like there’s no tomorrow, Jack Lew has positioned the government to seize all retirement accounts, Wall Street has learned that it can steal with impunity given the lack of ramifications resulting from the MF Global theft and soon your bank accounts will be gone thanks to the recent G20 mandate on November 16, 2014. And to add to that, very soon, there will not be a Europe to trade with. Did I leave anything out Mr. and Mrs. Sheeple?

“Don’t be a conspiracy theorist”

Is the bulk of your money still in the bank and investment accounts? Have you recently uttered the words “conspiracy theorist”? Have you still failed to accumulate gold, food, water, guns, ammunition and form protective alliances with your neighbors?

Now, you hear me laughing at you.

This article was written by Dave Hodges and originally published at his Common Sense Show website.