This article first appeared on thecommonsenseshow.com

All signs point to the fact that the world has reached the point of no return  with regard to the culmination of World War III which will begin in Syria. This article details military actions which has not been relased by the American media. This article also details the mostly likely site for which the elite will “bug out” to in preparation to survive World War III. What the Mainstream Media Is Not Telling You 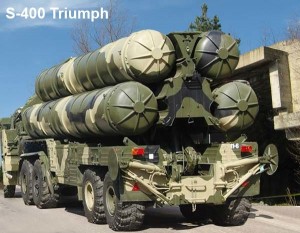 Please look at the following videos. These videos were produced within the last four days. This information is not available in the Western media. When one looks at the totality of the actions inside of Syria by the Russian military and their allies, it is clear that the Russians are in almost complete control of Syria. In most areas of Syria, the military operations are in the mop-up phase. Further, one of these reports shows the deployment of the Russian  anti-aircraft battery known as S-400. S-400 can target 300 target planes traveling in excess of Mach 5 at one time. It is, without question the very best anti-air defense system in the world. The only question remains, why would the Russians need to deploy to Syria its most sophisticated air defense system? This makes no sense on the surface. ISIS and other Syrian rebel groups have no planes that the Russians would have to shoot down. Then what could the Russians be planning for. They are obvious planning to shoot down NATO planes coming out of Turkey that will challenge Russian military dominance in Syria.

Further, the following reports clearly refer to the Turkish military buildup on the Syrian border. This is not only an act of war, this is precisely the action that preceeds military conflict.  Again, it should be emphasized that none of this is being disseminated in the American media and as such, the American media should already be discounted in its totality. The fact is that the United States and Russia are going to war. Millions, if not billions, are going to die, and our corporate controlled media, owned by only six corporations, continues to lie the American people as their benefactors and owners prepare to bug out to Tarfaya, Morocco.


Stunning News From a Reliable Source

Yesterday, I received a call from Bob Griswold who owns Ready Made Resources. He informed me that Tim Moller, of Moller Engineering. Mr. Moller informed Bob Griswold that a South Korean construction firm contacted him and wanted 4,000 generators delivered (yesterday) to Tarfaya, Morocco. The call for the generators was very urgent. Why would someone want that many generators that quickly? Very simply, the Deep Underground Bunkers that are being constructed in Tarfaya, Morocco, need ventilation, power and a reliable energy source. The urgency of the need to deliver 4,000 generators is very concerning. My confidence call on this event is 100%. I know Bob Griswold. I have interviewed him many times. I also have a business relationship with him. In the time that I have known him, his information has ALWAYS been reliable. Further, the circumstantial evidence coming out of Tarfaya, is interesting and circumstantially confirming of these reports.

Tarfaya, Morocco, is on the cusp of big developments. Developments which are totally out of proportion to this very small and sleepy fishing village. For example, a massive wind farm is being constructed 25km away and a new port is planned. New beachfront promenades and restaurants are also on the drawing board. How convenient for the elite who will be looking to survive in this sleepy little village of 5,600 people in Southern Morocco.

If you were choosing a bug out location, wouldn’t you want the location to be located in a mild climate that could be enjoyed when it was safe to emerge from a deep underground bunker? This is precisely what we see in Tarfaya, Morocco.

January 2, 2015 GDF Suez and its local partner Nareva Holding have started commercial operations from Africa’s largest wind farm, the 301MW Tarfaya project in southern Morocco. Why would a town, in a sleepy fishing village of under 6,000 people. need such a massive wind farm, the biggest in all of Africa?

I would be remiss if I did not say that Paul Martin has been telling me for two weeks that his sources are telling him that massive bug outs are being carried out by the elite.

A blind man could see that something is terribl wrong with this picture. We are witnessing the coalescing of forces which could lead to the destruction of most life on this planet for once NATO engages Russia in Syria, and they will, all hell will break loose. The Federal Reserve is not going to allow Syria, Iran and the BRICS to undermine the Petrodollar without a fight. And the fight has already begun. May God help us.

If you found this article useful, please like our facebook page and stay up to date with the latest articles.