This article was originally published by Joshua Krause at Tess Pennington’s ReadyNutrition.com.

Editor’s Note: Though the US Dollar is stronger now than it has been in recent memory, the massive monetary easing from the Federal Reserve will eventually come to a head. As Joshua Krause notes in the article below, we are already see signs of inflation here in the United States but nothing of the sort we can expect when the all of those printed US Dollars are released into the open market. It will be a deluge and one that will lead to rapid price increases across the board, especially in essential goods. For evidence of how a currency collapse will play out look no further than our northern neighbors, where Canadians are now paying $32 (CAD) for a bottle of Tide, $15 (CAD) for a box of Frosted Flakes and $12 for a package of bacon. Can you imagine that scenario in the United States?

Analyst Greg Mannarino has warned that when the debt bubble collapses there is a real possibility that millions of people will die because those goods essential to survival will simply be unattainable for the masses. When the cost of food becomes 50% or more of your income, it’s not that difficult to imagine such a scenario happening.

Canadians Are Panicking Over Food Costs After Currency Collapse
By Joshua Krause (ReadyNutrition.com)

It’s no secret that America has a serious inflation problem. Though the Federal Reserve insists that our inflation rate is only at around .5%, we’ve all seen the price of food, rent, healthcare, and energy skyrocket over the past 10-20 years. However, this has been a gradual shift. Northern Canada on the other hand, has just seen the price of every day goods rise precipitously over a very short period of time.

The crash in oil prices has crippled their economic growth, and led to the decline of the Canadian dollar, as well as a predictable increase in the cost of imports like food. For those of us living in the US, this provides a really good example of what life may be like should the dollar take a plunge in the near future. Here’s what our northern neighbors have been dealing with:

It is often said that a free-floating currency acts as a shock absorber.

But when Canadians go shopping for groceries these days, they’re getting nothing but the shock—sticker shock, that is.

On Tuesday, the Canadian dollar, commonly known as the loonie, broke below 70 U.S. cents for the first time since May 1, 2003.

For America’s northern neighbor, which imports about 80 percent of the fresh fruits and vegetables its citizens consume, this entails a sharp rise in prices for these goods. With lower-income households tending to spend a larger portion of income on food, this side effect of a soft currency brings them the most acute stress.

James Price, director of Capital Markets Products at Richardson GMP, recently joked during an interview on BloombergTV Canada that “we’re going to be paying a buck a banana pretty soon.”

Northern canadians took to twitter this week to share their collective horror over the rising cost of food. Cucumbers are $3 each. A head of cauliflower is $8. A large container of pepper cost $19 and some Canadians are paying $16 for a single bell pepper. A container of laundry detergent is $32. 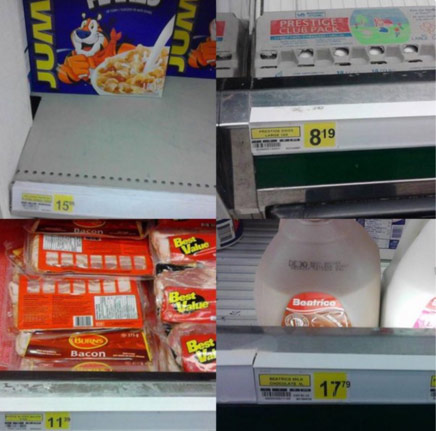 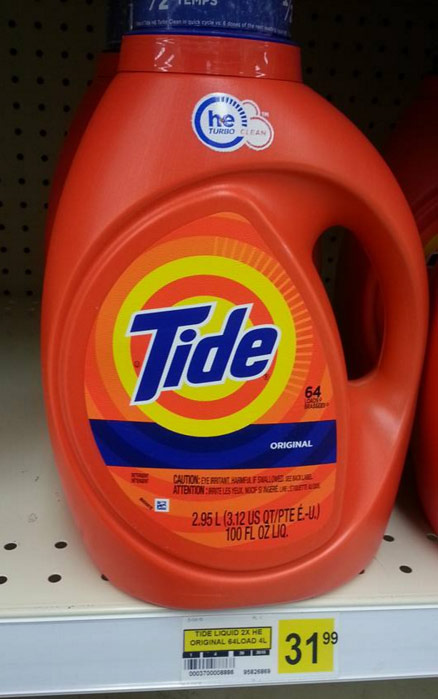 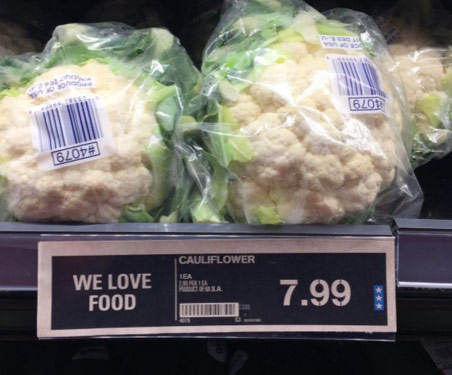 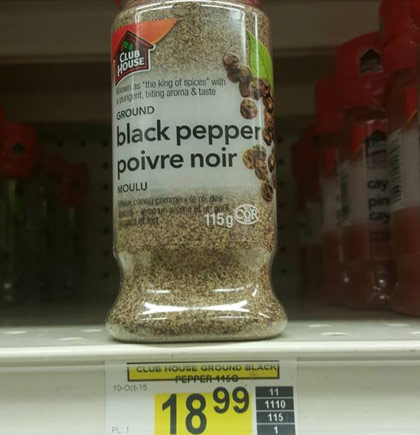 This gives us a pretty good idea what would happen in the US, even if there was a minor shock to the value of the dollar. Despite the rising cost of goods and services, our currency has been doing really well on the global stage for the past two years. I shudder to think of what will happen when our economy runs into another recession, which we are way overdue for. When it does hit, the cost of our imports will rise the most, much like they have in Northern Canada.

So what are our main imports? Fortunately, most of our food is homegrown, but there are quite a few American food staples that are also raised abroad, such as bananas, coffee, nuts, and seafood. And even though we’re one of the world’s largest meat producers, we still import a lot of pork and beef from Canada, New Zealand, and Australia. However, that doesn’t mean homegrown food wouldn’t become more expensive as well.

Even though we’ve become one of the world’s leading oil and natural gas producers in recent years, we still import a significant amount of oil from abroad. Since our agricultural industry is heavily reliant on oil, we could expect the price of all our foods, both domestic and imported, to rise.

If you want to understand how our economy would hurt from inflation or a dollar dump, take a look a this list of America’s biggest imports. We ship in a ton of electronics, which are worth about $315 billion per year. For a high-tech society like ours, this would be crippling.

The other items that stand out in that list are healthcare related. When put together, medical equipment and pharmaceuticals amount to 6.3% of our imports. Our medical system is already the most expensive in the world, so a plunge in the dollar’s value would make that situation significantly worse.

All told, a dollar dump would be really bad. That may sound obvious, but when it happens you can expect our government and media to tell us the same thing the leaders in Canada are trying to tell their citizens. Here’s how Steven Poloz, the head of Canada’s central bank, is trying to spin this situation.

Nonetheless, Mr. Poloz insisted that the Canadian dollar, which has plunged to near 70 cents (U.S.), is helping to offset the billions in lost revenue from exports of oil and other commodities. The drop makes Canada’s non-resource exports more competitive in world markets. A lower dollar is generally beneficial to exporters because they pay for their inputs, such as labour, in Canadian dollars, while their sales are generated in the higher U.S. dollar.

This is how all central bankers talk. They could find a silver lining in any situation, even if there was blood in the streets. They’ll say the same thing in the US when the next recession hits and the dollar slips. But it won’t change the fact that everything we need for our survival will be more expensive, and the average person will be making less (or no) money.

I will unearth a long-forgotten secret that helped our ancestors survive famines, wars, economic crises, diseases, droughts, and anything else life threw at them… a secret that will help you do the same for your loved ones when America crumbles into the ground. Watch VIDEO

Joshua Krause was born and raised in the Bay Area. He is a writer and researcher focused on principles of self-sufficiency and liberty at Ready Nutrition. You can follow Joshua’s work at our Facebook page.