“Today marks the first day of a safer world.  This evening, we are really reminded once again of diplomacy’s power to tackle significant challenges.  Thanks to years of hard work and committed dialogue, we have made vital breakthroughs related to both the nuclear negotiations and a separate long-term diplomatic effort.” 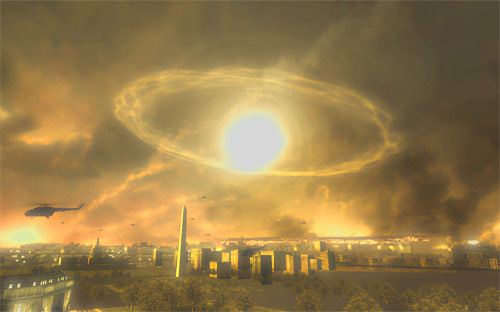 The Iranian EMP Threat: Who do YOU Believe?

The following information should shed light on this false statement by a sitting U.S. Secretary of State.  There’s a lot of information here that is beneficial to keep in mind and save for your records and studies regarding EMP’s.

This dialogue is taken from a June 4, 2012 interview between Ryan Mauro of the Clarion Project, and Dr. Peter Vincent Pry, one of the world’s foremost experts on the EMP capabilities of foreign nations.

Ryan Mauro: How far away is Iran and other enemies of the U.S. from having the capability to carry out this kind of attack? Some experts say that Iran would still need a year to construct an actual nuclear bomb after acquiring the necessary highly enriched uranium and would need years after that to develop a nuclear warhead that can fit onto a ballistic missile.

Dr. Peter Vincent Pry:  Any state or group possessing any nuclear weapon and any missile capable of reaching an altitude over 30-40 kilometers can make an EMP attack.  An ICBM is not necessary.  An EMP attack can be delivered by a short-range missile launched from a ship, such as a commercial freighter, operating near U.S. shores.  Iran has practiced such a delivery mode.  Iran already has missiles, such as Scuds and its Shahab-III, capable of delivering a nuclear warhead.

Officially, the Obama Administration claims that Iran does not yet have nuclear weapons.  Personally, I have written several articles warning thatIran might already have the bomb.  Our intelligence on Iran’s nuclear weapons program is not good.  Historically, our intelligence community has a bad record on predicting the advent of new nuclear weapon states and was taken by surprise by the development of nuclear weapons by Russia, India, Pakistan and North Korea.

Supposedly, Iran has been trying to develop nuclear weapons for 20 years, yet during World War II, the U.S. Manhattan Project developed the world’s first nuclear weapons using 1940’s era technology in just three years.  Why should Iran, with access to the now declassified Manhattan Project papers and copious other U.S. documents on nuclear weapons design and helped by North Korea and others and equipped with modern technology, not be able to accomplish in 20 years what the U.S. accomplished during the 1940’s in just three?

The difficulty of miniaturizing a nuclear warhead for missile delivery is often exaggerated.  Pakistan deployed nuclear warheads on its Ghauri missile just one year after its first nuclear test.  Israel, according to the respected Wisconsin Project, has developed a sophisticated array of nuclear weapons, including thermonuclear warheads and weapons miniaturized for delivery by missiles and artillery–all without nuclear testing.

Firstly, regarding the article by AP with the Kerry quote, this US-EU “triumph of diplomacy” … who reported this?  Here are the two main protagonists: the article’s content is self-explanatory and the slant not merely obvious, but enveloping.  George Jahn and Bradley Klapper of the Associated Press (with Associated Press writers Ali Akbar Dareini in Tehran and Josef Federman in Jerusalem contributing) are the reporters.  Jahn was involved in leaking information back in 2012 from an “anonymous official from an IAEA member-state.” 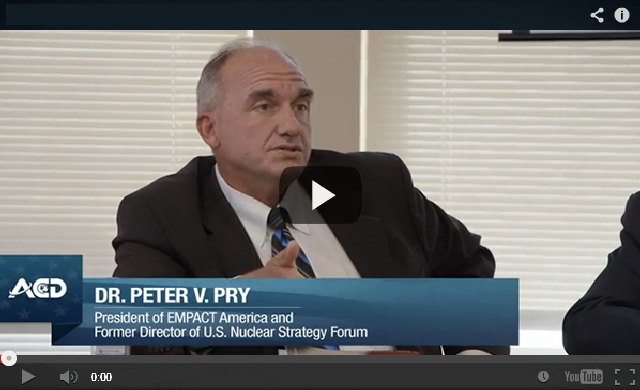 The leaked information pertained to allegations concerning the Iranian scientist Rezaeinejad, murdered shortly after Jahn’s article came to press.  Klapper is an AP “reporter” handling DC metro politics, also featured regularly in the Washington Post, Time, Chicago Tribune, Huffington Post, and others.  Jahn, incidentally, is Bureau Chief for AP in Vienna, where Kerry made the aforementioned comments pertaining to.

In this AP article entitled US, EU Lift Sanctions against Iran amid Landmark Nuke Deal, where Jahn and Klapper announced the lifting of the Iranian sanctions in the most fawning, glowing terms, as such:

“But the deal is also a boon for the White House. U.S. President Barack Obama’s greatest foreign policy triumph, it has turned tensions into a first step toward cooperation with Iran, a major regional power instrumental for ending the Syrian conflict and other Middle East crises. It aims to increase the time Iran would need to make enough fissile material for a nuclear weapon from several months to a year, primarily by capping Tehran’s ability to enrich uranium, which can create material ranging from reactor fuel to warhead material. Under the deal, Iran committed to reduce its operating centrifuges enriching uranium by two-thirds, to just over 5,000 machines.”

The sanctions were not lifted through Congress.  Obama signed an Executive Order lifting the sanctions on Iran instituted by Congress, on Saturday, January 16, 2016, on the weekend as almost all of his executive orders are done.

In the meantime, the North Koreans have a satellite that passes 300 km (about 180 miles) above the earth and continuously passes over the continental United States. Dr. Pry pointed out back in 2012 that the technology then in existence was not difficult to miniaturize such an EMP weapon.  The administration with “point men” leading the way as Obama and Kerry tell us we’re in no danger and a miracle of diplomacy has occurred.  In their eyes, the Iranians are now our friends; in their eyes, the UN is happy, and we can all believe what they tell us. 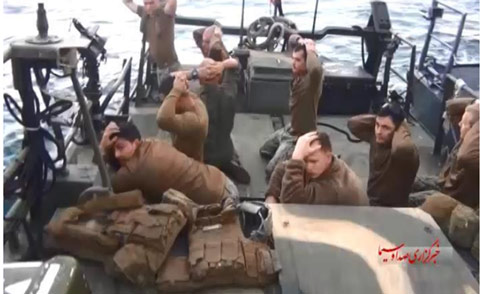 Or we can believe the words of Dr. Peter Vincent Pry.  Obama and his staff have been weakening the U.S. for the “Sunday Punch” for seven years, now.  He has made Iran more of a threat with his executive order.  A picture is worth a thousand words, and this one summarizes the concept: Iran is not a “friend” of the U.S.  The only question is, are the Iranians more dangerous to the United States, or is Obama?  The latter choice is probably the winner, although not by much.