Venezuela is currently in the throes of a devastating economic collapse that was spawned by the ignorant socialist policies of the Chavez/Maduro government. 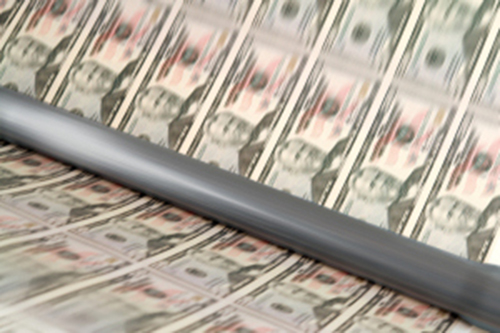 Everything is falling apart there. The water system, the roads, the electrical grid, the hospital, and especially the food distribution system. Venezuelans are so desperate that they are forced to scrounge for food in dumpsters and hunt down cats and dogs. Crime is rampant as well, and the capital city of Caracas now has the highest murder rate in the world. Mobs of vigilantes are frequently seen picking up the slack of the corrupt police; that is, when they’re not busy looting grocery stores. Venezuela is practically a war zone now.

In 2003 the situation was quite different. A dollar could be exchanged for 1.6 bolívars. Now the exchange rate is 172 bolívars per dollar, but that’s just the official exchange rate. That’s what you would get if you walked into a Venezuelan bank. On the black market, it would take 996 bolívars to buy a single dollar. With an inflation rate of 180% (and those are just the official numbers) Venezuela’s currency fits the definition of hyperinflation.

Considering how much damage this hyperinflation has done to the economy and the very fabric of society, it has to make you wonder. What would you do if this happened in your country? What steps could you take to survive when your money becomes worthless?

How Would You Survive Hyperinflation in Venezuela?

Much has already been written on the subject, and most preppers are already familiar with this sound advice: take your rapidly diminishing currency, and buy something that will at least hold its value no matter how many zeros show up on your money. The most common assets that are recommended for preserving your wealth include:

However, I would say that what you need to survive hyperinflation is the same thing that is crucial to your survival in any disaster. You need to have the right skills, which for this scenario, would fall under two categories. First, you need to know how to do things that will help you get by when society at large is falling apart. The kind of skills that aren’t as essential when you live in a prosperous nation, such as:

And second, you need the kind of skills that will make you money no matter how bad things get. Just because hyperinflation tends to screw up society, doesn’t mean everything is going to completely grind to halt. People will still need basic goods and services, and they will still desperately want to live in a functional society, even if it’s just the shadow of a functional society. You’ll still be able to find a job.

However, just as hyperinflation diminishes the value of a currency, so to will many jobs pay less during and after a collapse. That’s not just because the money isn’t worth the same. With so much widespread poverty, everyone will be desperate to enter the job market, including the very young and the very old. In other words, the labor pool will have lots of supply and very little demand, so employers will have the economic leverage to pay their workers a pittance. However, some jobs will be able to retain some of their value, such as:

At the end of the day however, your skills will only get you so far depending on how long the crisis lasts. In the case of Venezuela, the situation is about as dire as it can get. Sometimes an economic collapse merely destroys any chance of prosperity for the average citizen. But in Venezuela, the economic climate hasn’t just killed prosperity. It has made it damn near impossible for anyone to survive.

So at the end of the day, the best way to survive an economic collapse is to flee the country. Everyone in your family should have their passports, and enough money to leave the country before the SHTF. In Venezuela, everyone who could leave did so a few years ago. Now most people can’t even afford to leave their city, much less the country.

Be prepared to lose most of the money you’ve spent your whole life saving, because even before the collapse occurs, the government will likely have laws in place that will prevent you from taking money out of the country. However, that may be a small price to pay in exchange for not living in hell hole where you have to eat trash to survive. Cut your losses and start a new life in a new country if you can. You’ll pat yourself on the back when your homeland collapses, because it is always better to be a poor man in a rich country, than a dead man in a poor country.

This information has been made available by Ready Nutrition
________________________________________________________________________
Saving our forefathers ways starts with people like you and me actually relearning these skills and putting them to use to live better lives through good times and bad. Our answers on these lost skills comes straight from the source, from old forgotten classic books written by past generations, and from first hand witness accounts from the past few hundred years. Aside from a precious few who have gone out of their way to learn basic survival skills, most of us today would be utterly hopeless if we were plopped in the middle of a forest or jungle and suddenly forced to fend for ourselves using only the resources around us. In short,our forefathers lived more simply than most people today are willing to live and that is why they survived with no grocery store, no cheap oil, no cars, no electricity, and no running water. Just like our forefathers used to do, The Lost Ways teaches you how you can survive in the worst-case scenario with the minimum resources available. It comes as a step-by-step guide accompanied by pictures and teaches you how to use basic ingredients to make super-food for your loved ones. Watch the video below: 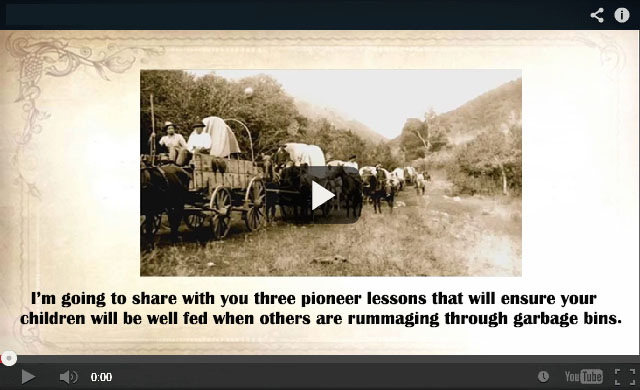 One Reply to “How Would You Survive Hyperinflation in Venezuela?”