In the context of today’s poorly managed financial situation worldwide, the prices of basic foods have been going up (slowly but steadily), beginning with the economic collapse in 2008. 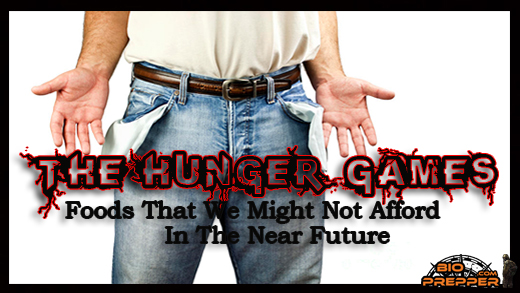 Feeling the strain on luxury items isn’t as important, but the line has to be drawn somewhere when basic “commodities” like nourishment are involved. With each passing couple of months you can’t help but feel a certain discomfort when you’re opening your wallet or handing over your credit card to the clerk. And with good reason too: although overall food prices have been dropping lately (according to the USDA), the prices of some items have sky-rocketed. And most of you might not consider this a big problem, but the situation is far graver than it seems. And this is due to the fact that these items are basic items, part of any balanced meal. It’ll be harder and harder for the average working Joe to fill his dinner table with all the right stuff. Besides, who’s to say the prices won’t be raised soon for other foods as well.

As Ethan A. Huff writes in one of his recent articles on naturalnews.com:

The globalist powers are planning for a real-life Hunger Games scenario in the next 15–20 years, according to new reports. The Federal Emergency Management Agency (FEMA) says food prices are likely to quadruple all across the U.S. between 2020 and 2030, and that many people could end up having to fight for their survival during this unprecedented food crisis.

The bad news was unveiled at a meeting held back in November, where representatives from the State Department, the World Bank and agribusiness giant Cargill announced the findings of a Food Chain Reaction simulation game that predicts “food price and supply swings amidst burgeoning population growth, rapid urbanization, severe weather events, and social unrest.”

The game, which is being held up as “scientific research” for evaluation by the Department of Homeland Security (DHS) and FEMA, highlights widespread crop failures as triggering a chain reaction of food shortages in the very near future. The results of the game were also published as a series of studies by the CNA Corporation back in December.

In 12 months time (March 2015 – March 2016), the consumer price index for food purchased at grocery stores fell to about 0.5%. And the complete collapse of food prices might not stop here. Not if you consider that these prices aren’t dependant only on the situation of a beaten down economy. The local and international strength of the US dollar is not what food prices are all about. Many other factors should be considered as well; for example a spectacular temperature rise followed by wild fires could mean devastating draughts  and destruction of the crops in California (just like the wildfires we see now), which will skyrocket even further the prices of fruits and vegetables. At the moment, the prices are not out of hand yet, but the constant rise of certain basic products is a real wake-up call for each and every one of us. Let’s have a look at certain prices that don’t seem to go down anytime soon.

It appears as though world governments are prepping the general public, not only for higher food prices in the near future, but also for higher fuel prices. As agricultural production decreases due to “weather-related disruptions,” oil prices are expected to rise by nearly 25 percent after 2023, the game predicts.

It also predicts that by 2024, excess heat due to “global warming” will trigger droughts, resulting in a nearly fourfold increase in food prices. These price increases will stimulate greater food production, which the game predicts will eventually bring food prices back down to a more normalized level around 2027, but only if business continues as usual with status quo industrial agriculture – and only if world governments agree to massive cash infusions to the UN’s World Food Programme.

Economic instability has taken its toll on ground beef even before the worldwide financial collapse of 2008. In a 10-year period (2006 -2016) the consumer prices of ground beef have gone up by a staggering 67%. This is more than double the increase that food prices suffer throughout a full decade. The prices of all beef and veal products have increased as well throughout the same period by approximately 56%. The situation was worsened by the terrible drought of 2012, when the rise in corn prices (and other cattle feed) destabilized beef prices even further.

Eggs aren’t exactly unaffordable food items…. Yet! Although an egg still doesn’t cost that much, it should be noted that throughout the last decade (2006 -2016), no other food items have seem a more spectacular price explosion than that of eggs: 110%. The last peak happened in late 2015, when an avian flu outbreak resulted in the extermination of millions of chickens. The egg-producing power slowly decreased; as a direct result, the demand for eggs grew, and so did the prices. 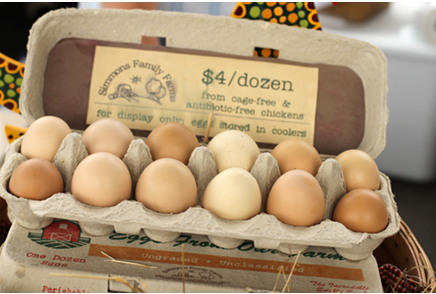 Bacon prices have increased by 2.5% since last year only, so whatever else happened before doesn’t make that much of an impact. This too is related to the supply – demand correlation, as the younger generations seem to have developed an unexplainable drive for smoked meat. Ryan Turner, risk management consultant at FCStone Group had this to say in an exclusive interview to Bloomberg: “It’s really demand that’s driving this; people are putting bacon on anything.”

Canned fish and seafood have never been on the “cheap” column on the grocery list, but their prices have gotten more and more out of hand lately. This is because certain fish (like the salmon and some shellfish) are in constant demand by the general public, on both local and international marketplaces (like China). The rising feed costs also contribute to the rapid growth of fish and seafood prices.

The prices of tomatoes have been slowly growing through the last years. Yet throughout the whole February and March periods something fantastic happened, as tomato prices dropped by about 15%. This was a short-lived victory however, as by the beginning of April 2016 tomato prices have starting growing up again. In most grocery stores throughout the US tomatoes average about $1.85 per pound, more than what they used to cost last year. 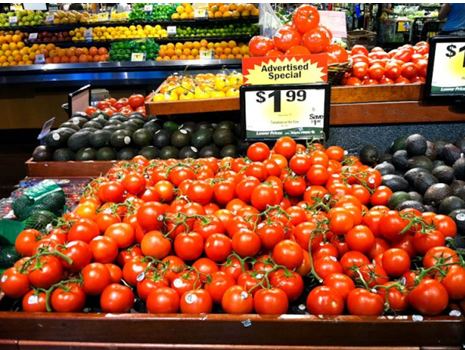 Apples have also being going through an ever-growing price period throughout the last year. It’s an irrefutable fact considering that we pay more today by 16.5% on apples than what we used to a year ago. About 12 – 14 months ago we paid on average about $1.25 per pound of apples, compared to the $1.50 per pound we’re paying for now.

These products displayed on the list seem to be going through a steady rise in prices; and they way things have been going lately, only a fool would hope for a miraculous recovery of the food market. Not all the elements which make up the food industry are going through the same phase at the moment, that’s true. But what thing is for sure: in modern society things are taken down mostly by the domino effect. There’s only one way to avoid going down with the ship, and that’s self-sufficiency. Start relying more on yourself than on what you can conveniently buy of the shelves from your local market. Start learning about the prepper’s way of life, as it may be the last thing you can rely on when S*it finally hits the fan. We are straying away from our roots on a dangerous road from which there will be no turning back and the good and bad news is that we are the last generation that can truly do something about it. we no longer know how to live without refrigerators, without cars, without phones or without supermarkets.what will you do tomorrow if you simply are unable to buy things? The Lost Ways Book teaches you how you can survive in the worst-case scenario with the minimum resources available. It comes as a step-by-step guide accompanied by pictures and teaches you how to use basic ingredients to make super-food for your loved ones.

CHECK OUT OUR survival and prepping solutions

2 Replies to “” The Hunger Games ” : Foods That We Might Not Afford In The Near Future”