HAM Radio has been around since the very beginning of radio, back in the 1890s. A loose-knit, but globe-spanning group, they are brought together by their common love for what they do. They are not a club, but comprise many clubs together. While mostly ignored and left to their devices, HAM Radio operators provide several essential services, such as providing military personnel in hazardous duty postings overseas a means of talking to their families. When other communications fail, it is the HAM Radio operators who provide emergency communications to the nations.

Yet HAM Radio may be in trouble. It appears that there are those in government service who don’t like the idea of a group of people who can do things the government can’t do for themselves; and HAM Radio operators have a long history of doing just that. When Admiral Byrd led his expedition to the South Pole, the Navy couldn’t maintain contact with him. But a HAM Radio operator by the name of Collins could, leading that HAM to create the Collins Radio Company to build his equipment and sell it to the Navy.

The First Inklings of Trouble

In 2012 the federal government launched a $47 billion Cell Phone Network, called FirstNet. Intended to be a public safety nationwide broadcast network, FirstNet was already obsolete the day it was turned on.

Conceived in the wake of 9/11, FirstNet is supposed to provide police and firefighters with a means of communication in times of emergency. But like many government projects, it went overtime and over budget. Fifteen years after the event which prompted its inception and four years after the due date, all that FirstNet has accomplished is to create another government bureaucracy that has spent taxpayer money.

So, how did this boondoggle start? After-action review of 9/11 determined that police and fire commanders had problems in communicating with each other. Supposedly because of that, information from police helicopters, which reportedly could see that the buildings were about to fail, never got transmitted to fire commanders, so that they could pull their people from the buildings. That was blamed for the death of 120 firefighters.

But while the media-hyped that conclusion, anyone can see there are a number of large holes in that theory. First and foremost, who designated the police officers flying those helicopters civil engineers, able to make that determination? Even if they did and even if they transmitted that information to the various fire departments involved, why would the firefighters believe them. Firefighters run into damaged, dangerous buildings all the time, why would they suddenly run out, based upon such an unreliable report?

If you’re looking for an example of the government doing something wrong, then this could be it. Two years after congressional approval, the only accomplishment the quasi-independent agency could show for itself was hiring a skeleton staff. Even that was questionable, as many of the key people seemed to have issues with conflicts of interest. Another two years went by before this group of bureaucrats managed to issue requests for proposals (RFP), asking contractors to bid on building and operating the system.

That alone is enough to make one wonder why the agency is even needed. If the actual work of running FirstNet was going to be done by contractors, what were the government workers going to do? Even worse, if the government workers in question were that slow doing their jobs, how would they ever manage to get information to first responders in a timely manner?

Besides, technology has outstripped the FirstNet system in the years it has taken to develop it. Digital cell phone networks can far outperform what the FirstNet system is intended to do, providing interconnected user groups, which have a priority for communications in an emergency.

Many major metropolitan areas have already dealt with the problems that FristNet are supposed to solve; and they’ve done it for much less money. So why bother creating such a solution? Could it just be for smaller communities? The RFP makes this a very real possibility, since coast-to-coast coverage is a requirement. But then, why should those first responders have such coast-to-coast communications, when the people who would be calling them for help won’t have it?

Basically, the system was designed for failure, right from the start. Yet thanks to bureaucratic inertia, development of the system continues, gobbling up dollars which could best be spent elsewhere. But even worse, the push to replace the HAM Radio network with this non-working and probably unworkable network continues.

Related: How to Use a Ham Radio When SHTF (With Pictures)

So California Gets Involved

California has seen the writing on the wall and is already preparing. Convinced that at some undetermined day, still in the future, they won’t have to depend on HAM Radio operators for emergency communications, they’ve decided they don’t need them now. Therefore, they have sent a letter to all HAM Radio operators in the state, informing them that their repeaters will no longer be allowed to be on “public” land or buildings for free, but would instead have to pay hefty fees to locate them there.

The repeaters in question are privately owned and operated radios that boost the signal of communications that will otherwise not reach their intended destination. They are not owned by corporations which have deep pockets to pay government fees, but by individuals who provide emergency communications for free. Yet the government is now expecting them to pay for that privilege.

The repeaters don’t cost the government of California one cent. They are totally funded by the HAM Radio operators; people who provide this as a public service, out of their own pockets, in order to help ensure public safety in a time of emergency.

Perhaps this is just one more way for California’s government to squeeze a few more dollars out of taxpayers’ wallets. If so, it’s the wrong way to do it; the classic case of cutting your nose off to spite your face. The individuals who own those repeaters will either be forced to shut them down or move them to other, privately owned properties, where they probably won’t perform as well.

But one of California’s biggest goals, politically speaking, is to be the most progressive of all progressive states. Therefore, even if it does require cutting their own nose off, they will make things harder for HAM Radio operators. Then, when they need help that the HAM Radio operators can no longer provide, they’ll blame those same operators for “sabotaging” the system. 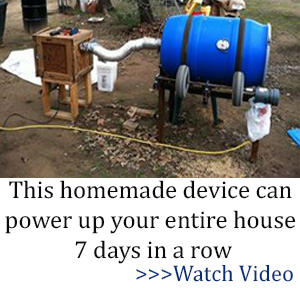 If California is truly leading the charge against HAM Radio operators with this move, they are making the nation less secure, not more secure. HAM Radio is the single most reliable and effective means of communication in any emergency and has been for over 100 years. Cutting it off at the knees, in the name of progressivism isn’t progress, it’s putting your own people at danger, in the name of ideology. Oops.

What are your thoughts on this?

How to Keep Moisture and Pests Away from Your Food Stockpile

How The State Will Strip You Of Your Rights When SHTF

4 Replies to “Why Do Government Officials Want To Ban HAM Radio? It’s Already Begun In California”