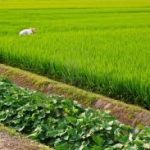 The global population is expected to grow by 2.5 billion people in the next 40 years. University of Minnesota researchers warn farmers are unlikely to double production of grain by that time to avoid food shortages.

Several studies have shown that global crop production needs to  double by 2050 to meet the projected demands from a rising  population and dietary shifts. A booming middle class of India  and China is already eating more meat than ever.

As demand outpaces food production, the number of people without  enough to eat is actually increasing and could soon top one  billion, according to the anti-poverty organization Oxfam. It  means more than one in seven people waking up hungry and going to  bed hungry. The agency warns the average price of staple foods  will more than double in the next 20 years.

Increasing biofuel consumption requires more cultivated areas  representing another risk to growing more crops. Recent ActionAid  research shows that, between 2009 and 2013, 98 European companies  took over 6 million hectares of land in sub-Saharan Africa in  order to grow biofuel crops. The report also estimated that  European Union biofuel mandates alone could push up the price of  some foods by as much as 36% by 2020, Europeanvoice.com reports.
Increasing crop yields, rather than clearing more land for food  production, is the most sustainable path for food security, the  University of Minnesota research suggests.
However, the study indicates that yields are no longer improving  on 24–39% of our most important crop areas.  Global average  yield increases are 1.6% for maize, 1.0% for rice, 0.9% for  wheat, and 1.3% per year soybean, which is not sufficient to  double crop production by 2050.
The world’s three most important food crops – rice, wheat and  maize – are largely grown in the countries most at risk from  rising temperatures, the Guardian reports. Maize, for example,  can’t be grown above 30C, according to the newspaper.
All food futurologists agree people can’t go on eating the way  they have. Scientists do not believe traditional farming alone  will work, according to the Guardian.
Earlier this year the Dutch Professor Mark Post made the first  artificial meat hamburger. The creator of lab-grown meat used  stem cells to create strips of muscle tissue.