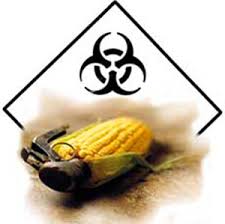 They squared off over the same issue in California last year.

Monsanto and others outspent the pro-labeling side there nearly 5 to 1 and narrowly defeated the proposition, which would have labeled foods sold at retail that contain genetically engineered ingredients, popularly called GMOs (for genetically modified organisms).

Initiative 522, on this fall’s ballot here, is a nearly identical measure, written by some of the same people.

While the money likely won’t match the $53 million spent in California, the rhetoric will be mostly the same.

Part of the pro-labeling campaign’s strategy is to keep pounding the drums until someone moves on the issue nationally.

“Labeling GMOs: One State Can Change the Nation,” declared the headline on a recent email to customers of Dr. Bronner’s.

Ballot measures raise awareness for causes, even when they lose, said Todd Donovan, a political-science professor at Western Washington University.

And they pressure opponents to give ground rather than face further unpredictable voter measures. Business interests in particular would “much rather do that through the legislative process than go through the initiative process,” Donovan said.

Still, he does not expect Monsanto and others against labeling to spend as much here as they did in California. For one thing, a California proposition is much harder to change in the Legislature than an initiative that passes in Washington, which can be revised by lawmakers after two years.

Washington is also a smaller state and has a less-crowded ballot this year than California did in 2012. That means opponents will not have to spend as much to be heard, Donovan said.

Money and a late ad

GMO labeling had early support in California, as it does in Washington. A recent Elway Poll showed two out of three voters here said they would vote for I-522.

David Bronner, CEO of the soap company that became popular in the ’60s for its labels with fine-print messages regarding world peace, blames money for last year’s loss.

“They spent $44 million to confuse voters in California and get people to vote not in their own best interests,” he said.

The pro-labeling campaign spent $9 million but could not afford to air a television commercial until 10 days before the election, Bronner said.

Given the disparity, he and others were surprised to get 49 percent of the vote. Their postelection analysis showed the proposition actually won among people who voted on Election Day; the campaign reasoned they were more likely to have seen the commercial.

Bob Goldberg, a UCLA biology professor and member of the National Academy of Sciences, stumped unpaid for the anti-labeling side and disagrees that money won in California.

“The money doesn’t mean anything,” Goldberg said. “What really persuaded voters were the editorials and articles written on the proposition itself … Our most effective TV ads just said, ‘Why is it that 38 out of 40 newspapers voted against it?’ ”

In Washington, Monsanto’s side so far has raised $11.1 million compared with $3.6 million from Dr. Bronner’s and others.

In Washington last week, the Yes campaign got an earlier start on television commercials. The No campaign also launched its first TV ads.

Both sides echo messages from California.

One of the Yes campaign’s commercials features Pike Place Market fish throwers, a local farmer and others saying consumers have a right to know if their food has been genetically engineered.

Although many labeling supporters make claims about disputed topics such as the health effects of GMOs — and the initiative itself mentions that some gene combinations “can lead to adverse health or environmental consequences” — the Yes campaign   steers clear of that conversation.

It sticks closely to one message: consumers’ right to know.

“They [opponents] can’t take on the right to know, because it’s a loser for them,” Bronner said.

The No campaign has revisited a popular argument from California, too.

One of its first   commercials features a former director of the Washington Department of Agriculture saying I-522 is inconsistent with federal labeling standards, which do not require GMO labeling.

He also talks about   I-522’s exemptions — for example, alcohol, restaurant food and home-delivered pizza. A graphic shows that there would be labels on soy milk but not cow’s milk, and on pet food (which often includes GMO crops like corn) but not on meat for human consumption (unless the source animal is genetically engineered).

Concerns about exemptions appear to have resonated with voters in California. Labeling opponents essentially argued that even if labeling is a good idea, the ballot measure’s requirements were confusing and inconsistent.

Labeling lost its base

“We lost white, college-educated women, the people who want labeling most,” said Rebecca Spector, West Coast director for the Center for Food Safety, which helped write both labeling measures.

The group’s postelection analysis showed that 27 to 29 percent of California voters who opposed the measure actually favored GMO labeling.

“The opposition did a good job of confusing people and making them think they were not getting the labeling they deserved,” she said.

The No campaign in Washington has hired the same firm that guided the opposition in California, Winner & Mandabach Campaigns. Its website says it has won 29 of 31 ballot-measure votes it worked on in the past decade.

Besides the talk about exemptions, the No campaign made three other arguments in California that are expected to be talking points in Washington.

They’ll argue that labeling is unnecessary because genetically engineered food is safe to eat; that lawsuits could proliferate because individuals or groups could sue to enforce the labeling; and that food prices could rise.

Biology professor Goldberg, who has worked with the technology and believes it can help feed people and bring them greater nutrition, calls labeling supporters “the climate deniers of the left.”

He claims  Whole Foods and other corporate supporters of I-522 want to heighten the public’s concerns about genetically engineered food “because it will drive people into their grocery stores.”

“If we do not fight this right, every single food we eat is going to be genetically engineered,” he said.